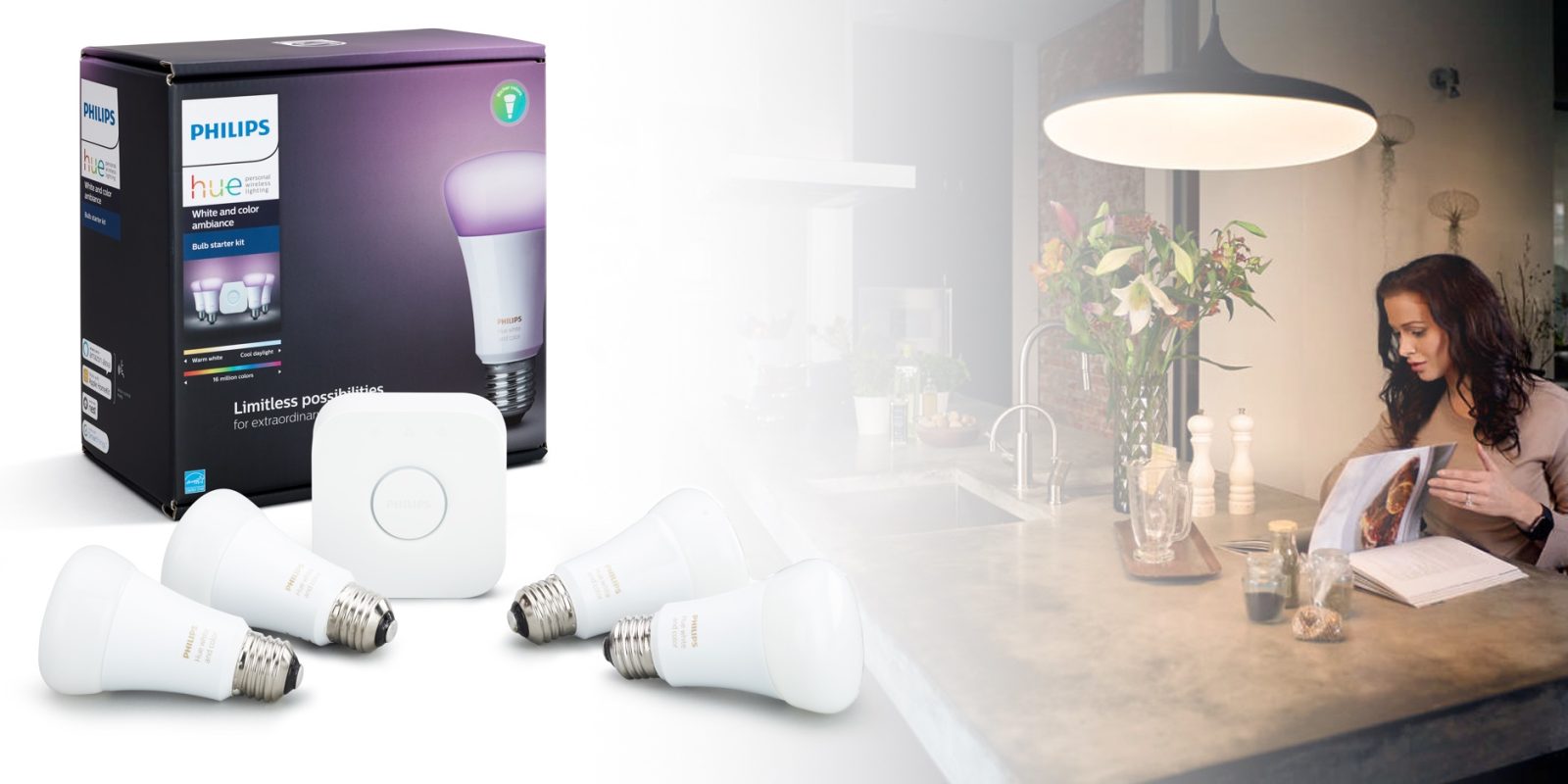 The flagship White and Color Ambience kit now features 4 bulbs and a hub for just $199, the best value Hue has ever offered for its multi-color bulbs. The cheapest entry point into the Hue smart home ecosystem is now the White starter kit, which bundles 4 A19 white bulbs and a hub for $99.

Whilst Philips Hue is considered to be a market leader in HomeKit lighting solutions, the HomeKit ecosystem is rapidly expanding with more companies coming onboard all the time, so it makes sense for Hue to make its offering more price-competitive. (Just yesterday I reviewed a new hub-less multicolor bulb.)

The new Hue 4-pack starter kits give customers more for their money, as they replace 3-light packs that were only slightly cheaper.

Philips also announced that they will start selling multipacks of 4 bulbs (with no bundled hub), so dedicated HomeKit fans can flood their house with Hue bulbs at a lower price than ever before. 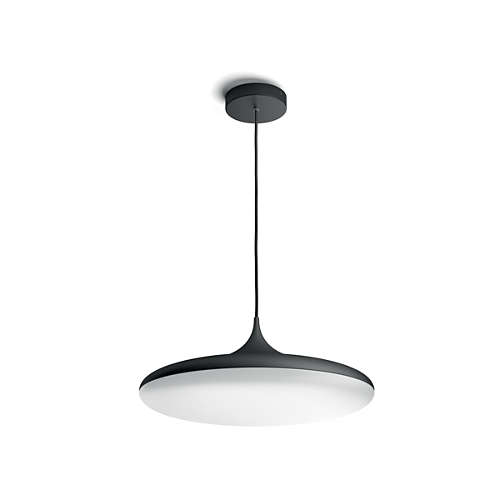 Along with the package adjustments, Hue announced a new Cher suspension fixture featuring a White Ambiance light, which will retail for $229. This is a stylish wide-orb light that hangs from the ceiling, designed to sit above a kitchen counter or dining table.

Another new addition to the range is a 700 lumen downlight which replaces recessed lights in ceilings. This will sell for $35.

Like the entire product range, Hue integration with HomeKit means users can control brightness and color from the Apple Home app on their iPhone, iPad and Apple Watch — as well as using voice commands through Siri’s HomeKit integration.

HomeKit is manufacture-agnostic so customers don’t have to change their whole house lights to the Hue brand. You can start with one or two lights and expand later, or mix-and-match with HomeKit lights from other makers.

Philips also said that the Hue candle lights announced earlier in the year will start shipping in October.

The new products join an ever-growing range of Philips Hue products. Later this year, other Hue accessories like the motion sensor will also get native integration with HomeKit.