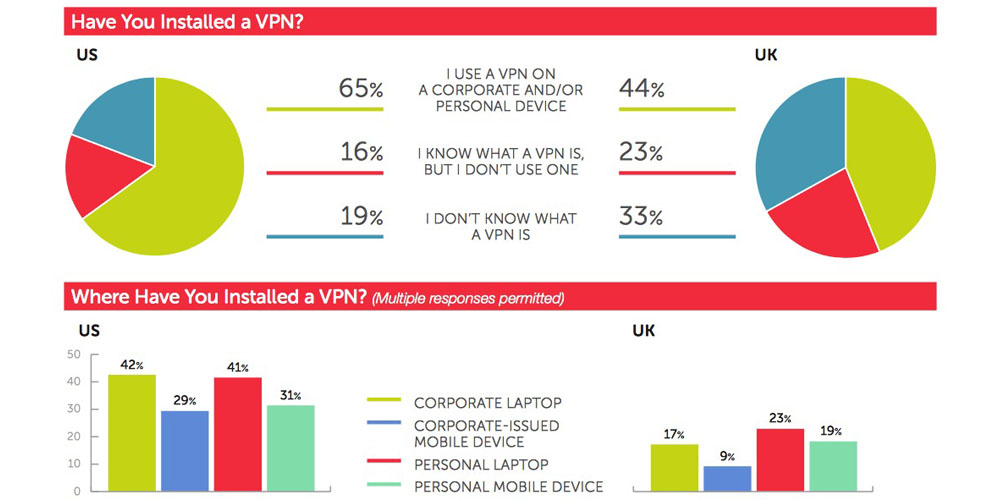 An international cybersecurity awareness survey found that 65% of U.S. tech sector workers now use a virtual private network (VPN) on either work devices, personal ones or both …

(want to try a VPN? Specials.9to5Toys.com has a wide selection starting from Free Trials to lifetime plans.)

While much of that usage will be because it’s installed as standard on work devices, a growing number of people are choosing to use a VPN on their own devices in response to past and proposed legislative changes.

The Wombat Security survey found that 41% of those surveyed use a VPN on their personal laptop, with 31% doing so on mobile devices. NordVPN reports that it has seen a 300% increase in take-up of its services in both the USA and UK since legislative threats emerged in both countries.

Back in March, both the Senate and the House overturned privacy rules created by the FCC, leaving Internet service providers free to sell your Internet browsing history and location data to advertisers.

And right now, the government is considering abandoning net neutrality rules, meaning ISPs and carriers could effectively create a two-speed Internet. Companies paying a premium would have traffic to their sites prioritized, while we’d get slower connections to the rest of the Internet. We’ve already seen mobile carriers throttling video streams.

Using a VPN solves both problems as it makes it impossible for an ISP or carrier to see which sites you are visiting or what you are doing there.

More than 10M people took part in a public consultation on net neutrality, with 40 tech giants encouraging them to do so. While Apple did not speak out at that stage, it did last week call on the government to keep current net neutrality protections in place.

Check out our review of NordVPN.

An earlier version of this piece incorrectly said the sample was U.S. consumers.