Apple patent describes using backlight to strobe to music, and to act as safety light for runners 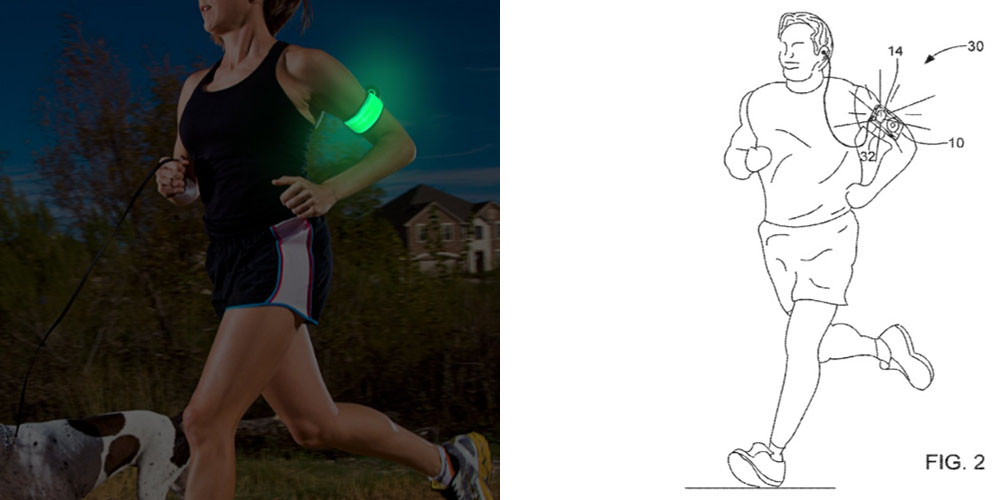 An Apple patent filed back in May and published today describes how an iDevice backlight could serve as a strobe light. Apple gives a couple of examples of how this might be used …

The first is to effectively act as personal disco lighting, though it is written in the usual dense patent language.

A processor configured to control a light level transmitted by display according to a playlist, which is selected from the plurality of playlists, wherein the processor is configured to control the light level using a preset intensity pattern assigned to the selected playlist […] The system of claim 4, wherein the music mode varies the light level transmitted by the display in accordance with the song being played.

A second use, backed by an illustration, would be to act as a safety strobe for joggers.

Amusingly, for a patent filed this year, one of the drawings is of an iPod Classic – a fact which makes more sense when Apple notes that it’s a continuation of a series of patents dating back to 2004. The text does, however, say that the device may be a media player, a phone or both.

As with all Apple patents, there’s no telling whether the idea might actually make it into a product.