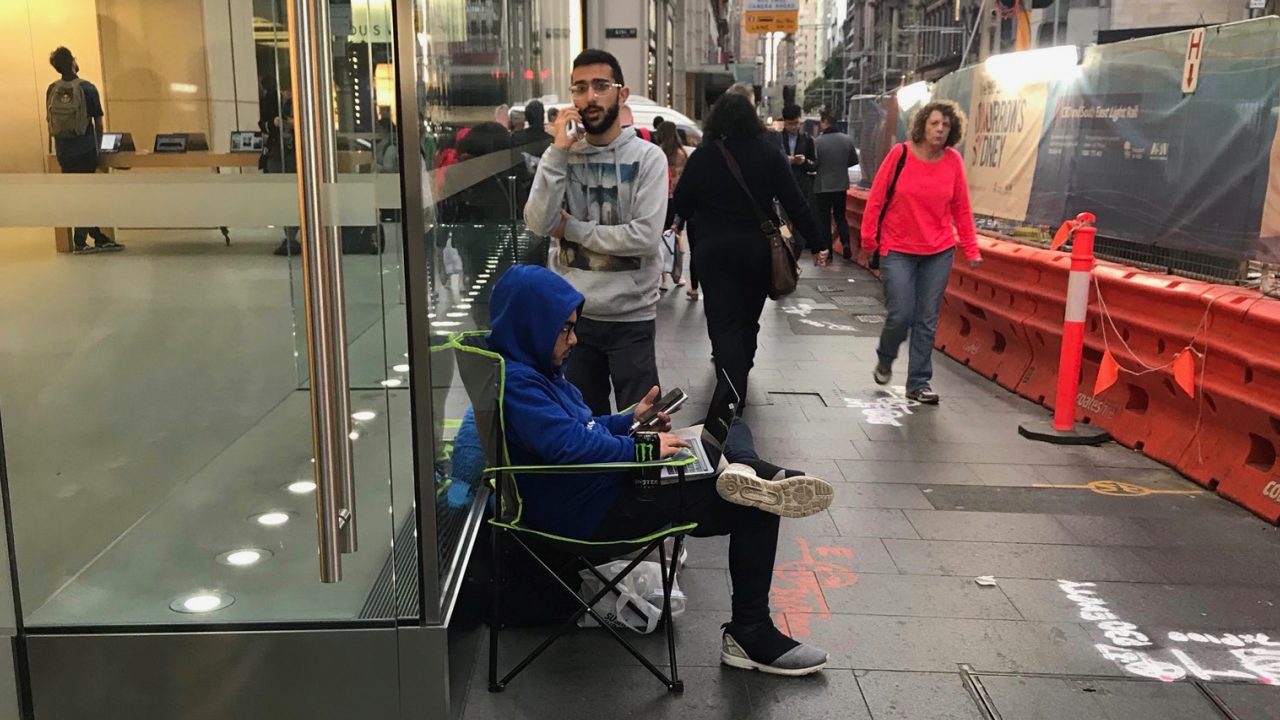 Apple hasn’t even officially announced its new iPhone 8 and iPhone X lineup of devices, and people are already lining up for it in Australia. As noted by CNBC, the first people have started camping out in front of Apple’s Sydney retail store…

The image was first shared on Twitter by Australian journalist Luke Hopewell and shows a person who has set up nothing but a lawn chair and a MacBook.

Even though Apple hasn’t yet announced its new trio of iPhones, there’s plenty we already know. The iPhone 8 and iPhone 8 Plus will feature a new glass design with support for features such as wireless charging, while the iPhone X will be radically different with a new bezel-less design, Face ID, and much more.

Whether or not these people stay in line for nearly three weeks remains to be seen, but if they do, then that’s some true dedication.

Two days ahead of the actual announcement itself, the first person has made camp outside the Sydney Apple Store for #iPhone8 pic.twitter.com/7R6TLYrtja