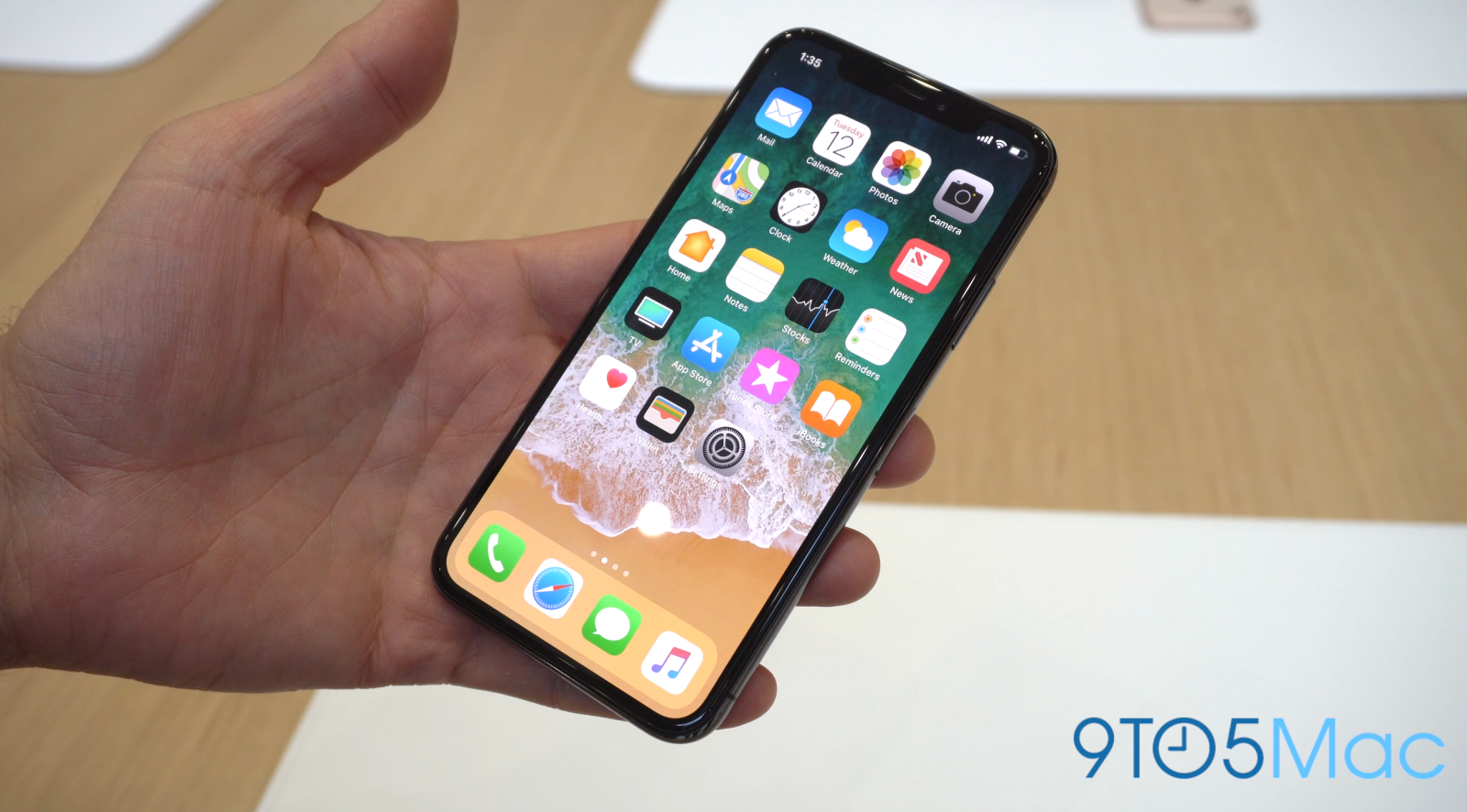 Today following Apple’s introduction of the new iPhone X alongside the iPhone 8 and 8 Plus, we got some hands-on time with the device and gleaned a few details you didn’t see on stage.

Immediately my first impression of the iPhone X is that the new all-glass design is able to hide fingerprints much better than, for example, the Jet Black iPhone 7 models that were notorious fingerprint magnets. And while Apple is calling it Space Gray (there is also a silver model), it is noticeably a slightly different shade than previous devices.

Whatever process Apple used to make the glass in combination with the curved edges certainly makes iPhone X feel and look different from similar designs Apple has used in the past, like the iPhone 4 models. It’s also not evident until you actually hold the device just how seamless the design is; the glass seemingly wraps right around the edges making it hard to distinguish where the material stops and the stainless steel band around the edge begins. The overflowing edge to edge display gives a similar effect on the front side, and the result makes for an overall better feeling device in the hand compared to iPhone 8 and iPhone 7.

And while we’re comparing to iPhone 8, the first thing I noticed with iPhone X OLED, or “Super Retina” display as Apple calls it, is just how much better the AR demo Apple was giving looked. The same demo on iPhone 8 felt much less realistic and a bit sluggish in comparison, although it’s unclear if that was all display or if the iPhone X is perhaps able to handle AR better than the iPhone 8 and 8 Plus for other reasons too.

While I’ve heard some early complaints about the speed of Face ID– ie the fact you have to swipe after the device recognizing your face— I found the feature to work quite well. If it works like it did in Apple’s demo (keeping in mind the devices on display were setup to work with the Apple employee demoing it) then I don’t find it to be any slower or more cumbersome than Touch ID, although it doesn’t exactly improve the experience in terms of speed or hands-free ability. Arugably hands-free opening is one of the major benefits of face recognition for unlocking, so I would like to see Apple implement this in the future. Perhaps Apple is worried Face ID sans swiping will cause accidental unlocking, as mentioned by the Apple employee during the demo.

As you’ll see in the video above, the iPhone X is quite fast at recognizing a face, and the device doesn’t have to be directly held up at eye level, it’s ready to unlock as soon as you lift your hand and have it at a normal viewing angle. You get visual confirmation that the unlock has worked via a small padlock icon at the top of the lock screen.

The home button was removed to make room for the new edge to edge, and so there are various ways to use it to access features you used to enable with the physical home button. Apple showed off the basics with a new swipe up gesture that replaces the home button for returning to the Home screen and app switching screen, but you’ll also be able to use the new side button for activating Siri, taking screenshots, and pulling up Apple Pay.

The iPhone X will go on sale November 3 with preorders opening Oct 27 and will start at $999 US. Head below for more details on the device and how it stacks up against the new iPhone 8 and 8 Plus.