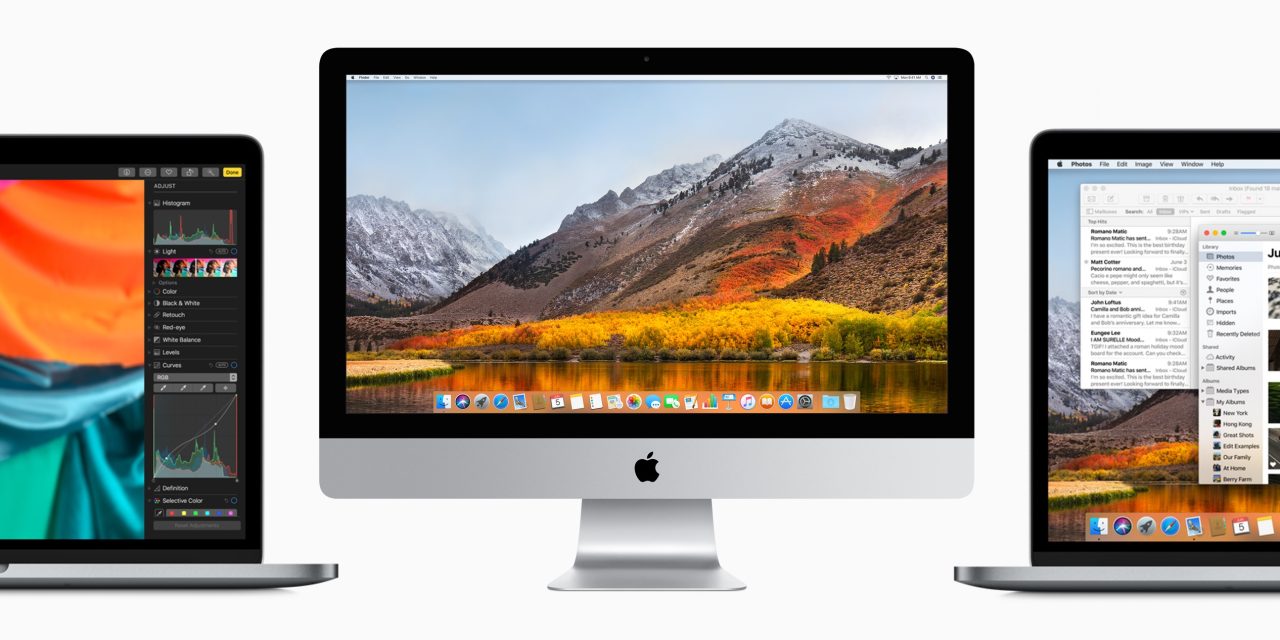 Apple has just released this year’s major update to its desktop operating system, macOS High Sierra. This rounds out the big Apple software releases for 2017 after iOS 11, tvOS 11 and watchOS 4 launched last week.

macOS 10.13 is a free update for Mac owners and is compatible with all Mac desktops and laptops that can run macOS Sierra (10.12).

This means that all Macs introduced in mid 2010 or later can upgrade to High Sierra as well as 2009 MacBook and iMac models.

To update now, go to the Mac App Store and find High Sierra in the App Store. Download the installer to start the update process.

High Sierra is relatively light on front-facing user features. As suggested by its name, High Sierra is positioned as a refinement of last year’s Sierra release.

For High Sierra, there is a lot of under-the-hood work and introduction of new core technologies that don’t necessarily correspond to major user functionality today, but offer performance improvements today and lay the groundwork for larger changes in the future. 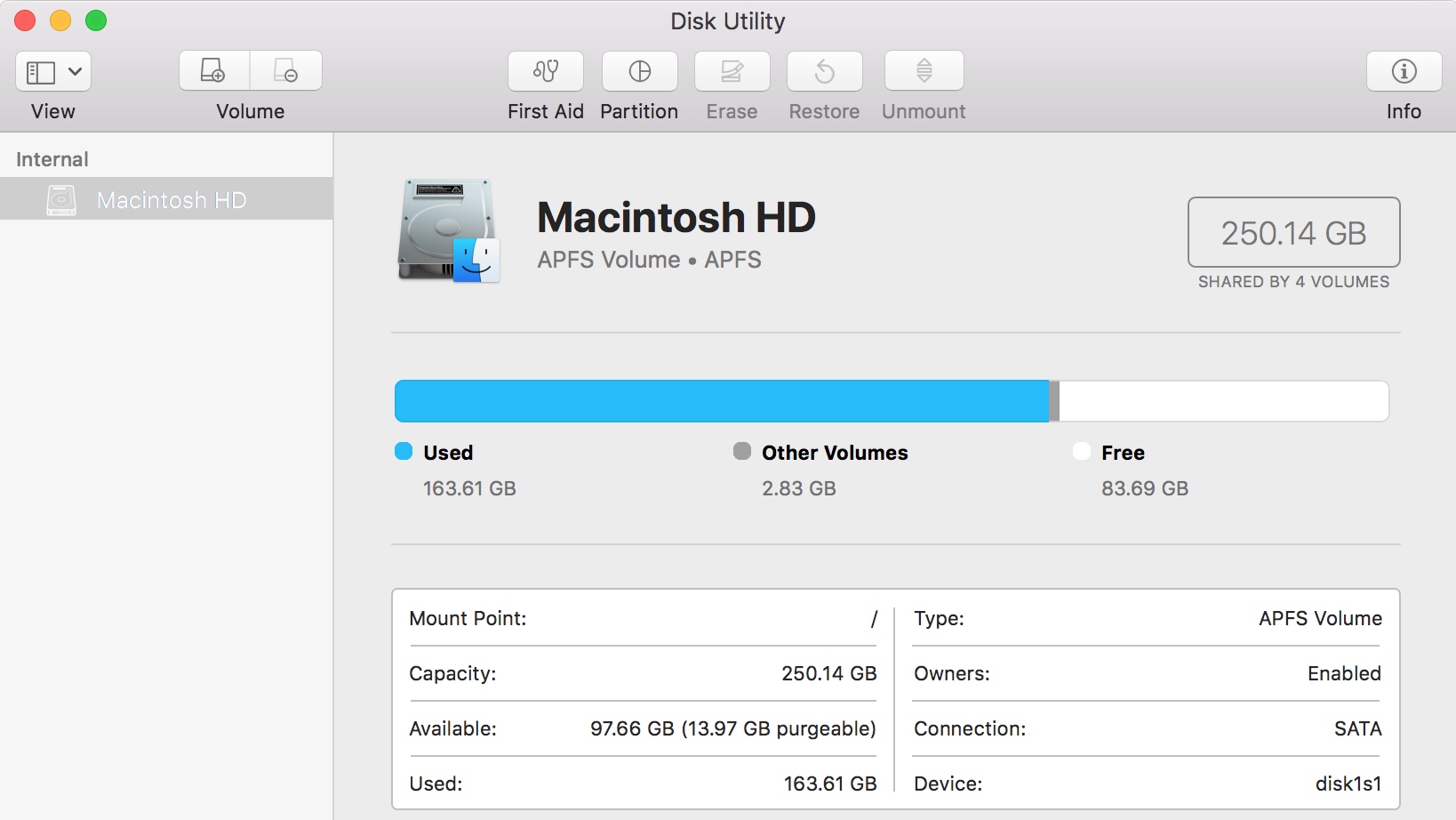 Apple File System is one such example of new Mac foundations. Up to now, Apple has relied on HFS+ for the default file system format of macOS drives. With High Sierra, Apple will automatically migrate Macs with flash SSD storage drives to APFS.

APFS is built on an all-new architecture that is designed with modern solid-state storage in mind. It includes new features under the hood to make common file operations much faster. For example, try duplicating a large folder of files on an APFS drive and compare to older systems; with APFS, file duplication happens almost instantly.

Users will also notice faster boot times and improved file size calculations in Finder. APFS includes snapshot features that will hopefully lead to an overhauled version of Time Machine in the coming years.

Apple has a new version of its graphics framework integrated into High Sierra, Metal 2. Metal 2 offers developers a new API that delivers better performance. System-level painting and drawing — like the transition to Mission Control — are now built on top of Metal, which should result in silky smooth animations across the OS.

Alongside Metal 2, a future update to High Sierra will also enable first-party external GPU support over Thunderbolt 3, for applications that really need as much GPU power as possible like virtual reality and machine learning applications.

To keep in step with iOS, High Sierra also adds OS-level support for the new space-saving media formats: HEVC for video and HEIF for photos. The new industry standard formats retain visual quality but use a much smaller file size, saving disk space.

iPhone 8, iPhone X, iPhone 7, iPhone 7 Plus, and the 2017 iPad Pros capture photos and videos in HEIF and HEVC, so you’ll want to upgrade your Macs to High Sierra for the best cross-platform experience. 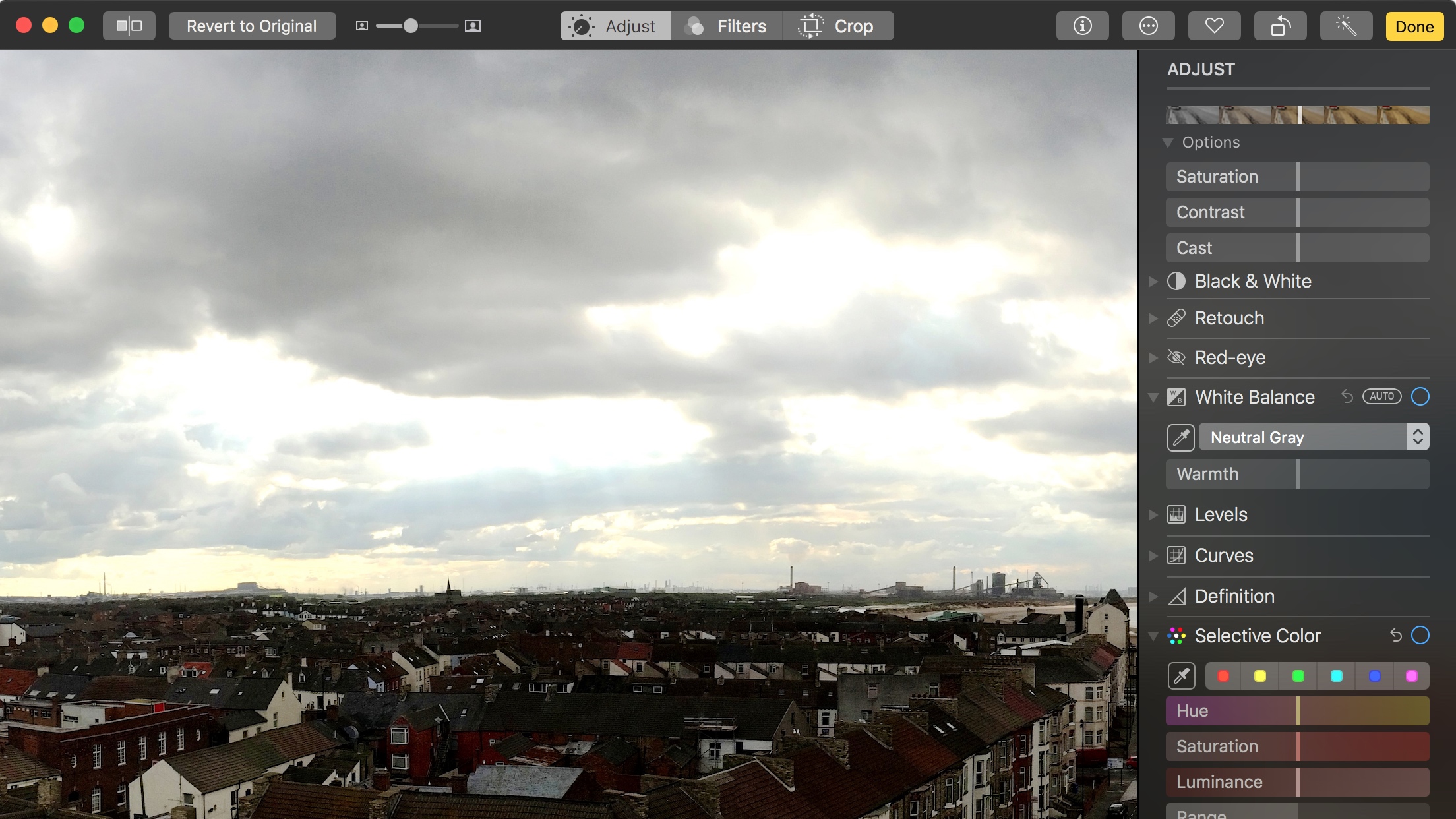 The Photos app is probably the most significant user-facing update in High Sierra. Apple has listened to complaints that the Photos interface was too basic and one-dimensional. The new Photos includes an always-visible sidebar with a clear separation between your personal event albums and the automatically-generated media type albums.

Users can now filter the main grid of photos to show only those that have been edited, or favorited, with a persistent header control. Photos has also adopted bold headings to more closely match the iOS 11 app, and iCloud Photo Library finally syncs the People album to other Macs and iOS 11 devices. The new Loop, Bounce, and Live Exposure Live Photo effects from iOS are also brought to the Mac in this update.

The biggest change for professional photographers is the new edit mode. Adjustments are directly exposed in the sidebar and there are new controls like Curves and Selective Color that were not previously available in Photos. Photos also offers much better integration with third-party editing applications; just right-click on an image to ‘Edit With’ apps like Pixelmator and Photoshop, with changes automatically saved back into the Photos library. 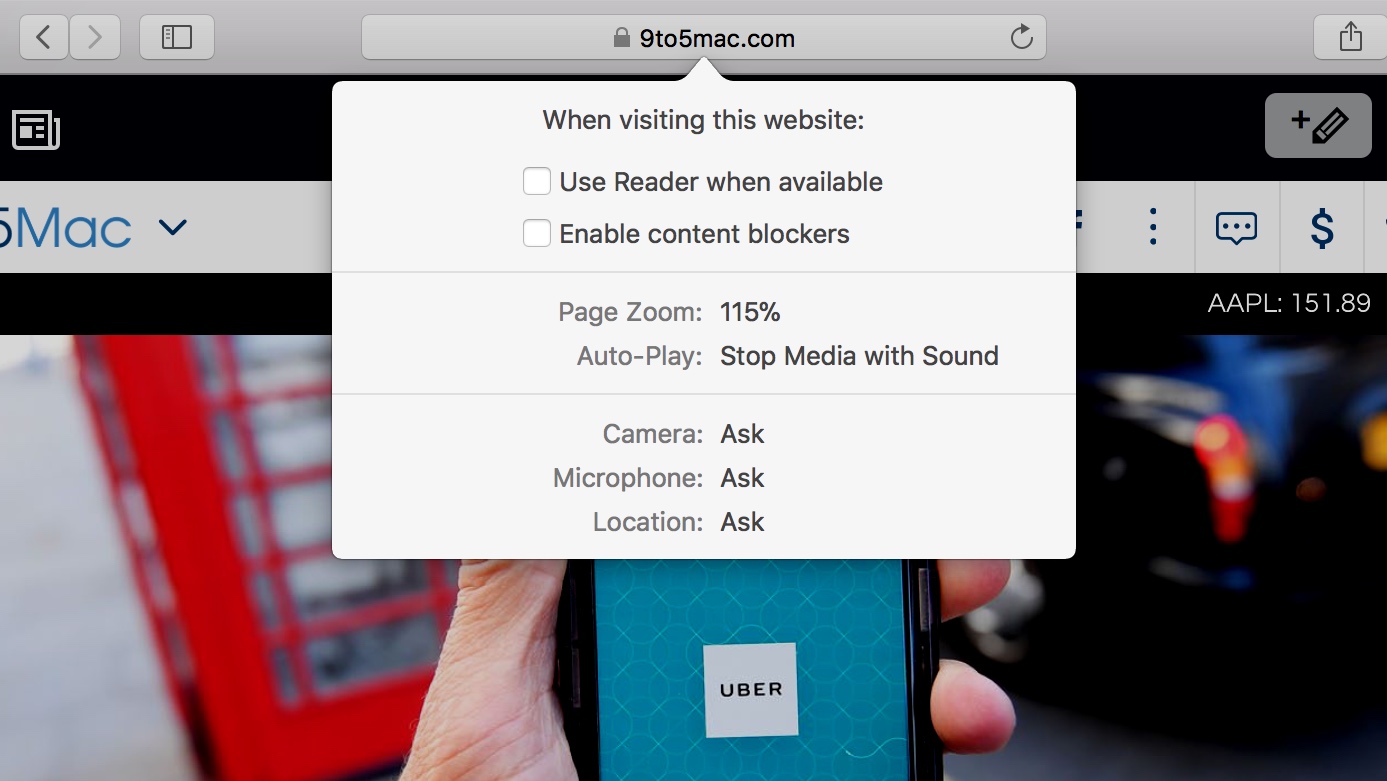 Whilst users can update to Safari 11 without updating the operating system, it is marketed as a High Sierra feature and included with the installation. Safari 11 brings new intelligent tracking prevention tools to limit cookie tracking, and prevents website videos from auto-playing.

If a video has audio, by default, Safari will not allow it to start playing without user interaction. There is a new per-site preferences pane to change the default configuration for a domain. You can also disable content blockers on a per-site basis, automatically start Reader mode and manage permissions like camera and microphone access. 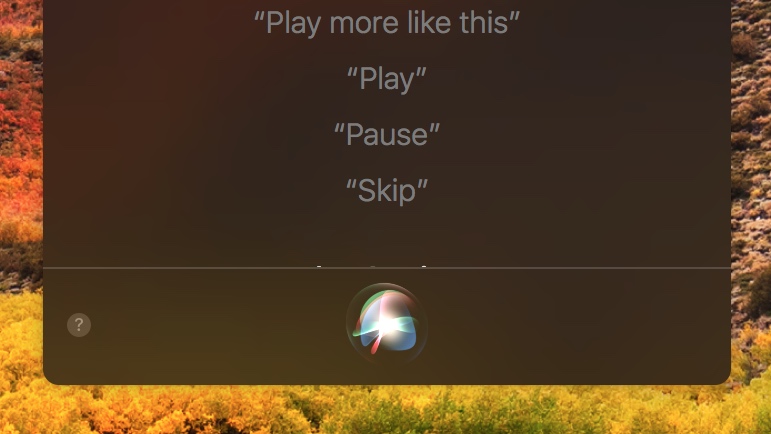 Again mirroring features from iOS 11, Siri on the Mac gains the new Apple Music DJ features that will be a core part of the HomePod experience, when it ships in December. Siri can learn your music preferences and offer recommendations. The new machine-learning-powered, US female speech synthesis is also brought to the Mac, featuring variation in intonation and emphasis to sound closer to a real human voice.

Spotlight integrates with flight information so you can simply type in your flight number to see departure times, gates and destination information. Spotlight can also display multiple Wikipedia pages for a query. 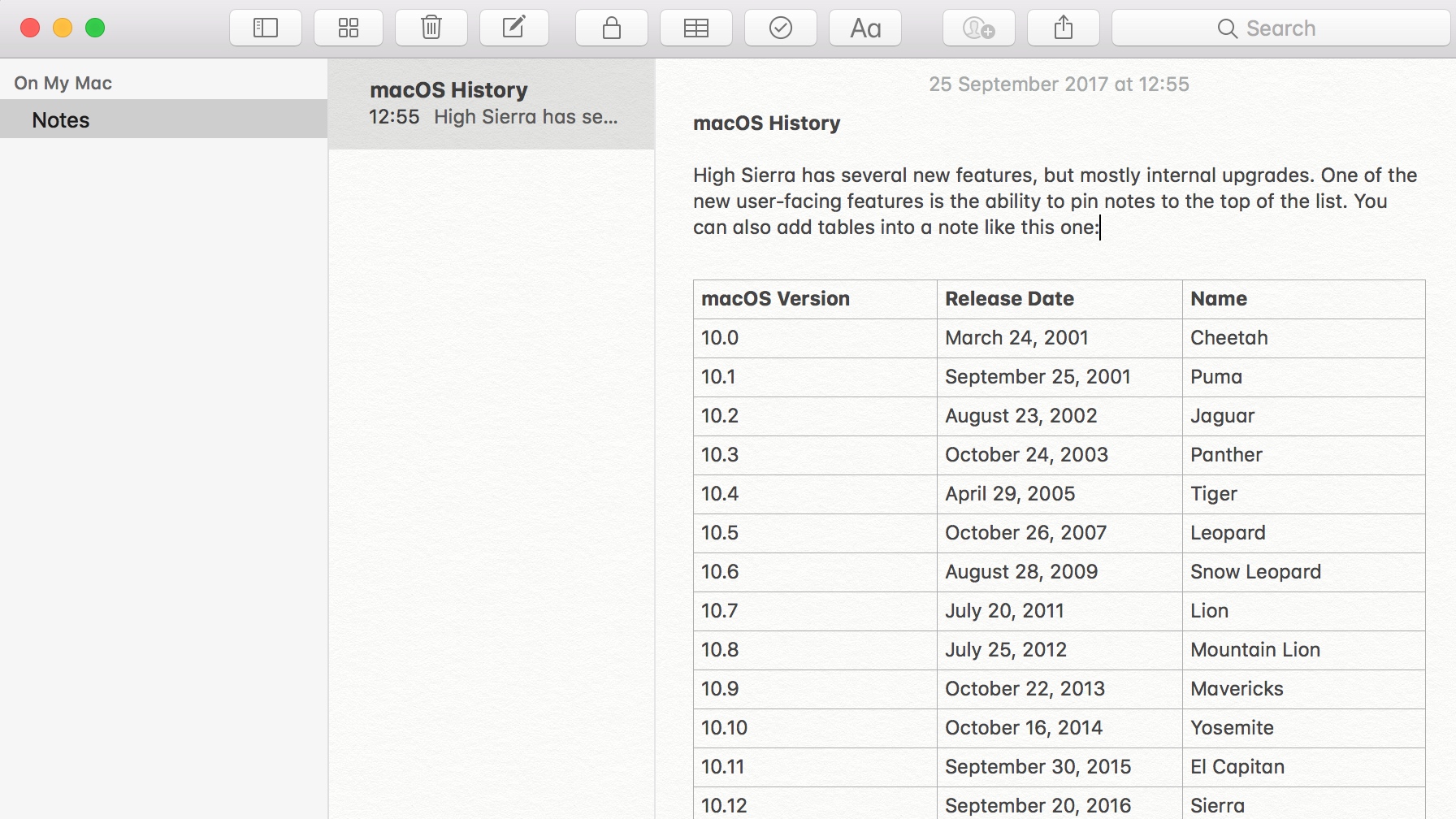 Just like on iOS 11, Notes can now incorporate formatted tables into notes. Add rows and columns just like you would in a more sophisticated word-processing application. All changes and edits continue to sync in realtime with your other devices (or other users for shared notes).

Apple has also added the ability to pin your most used notes, which keeps them permanently at the top of the list. For things like shopping lists which you need to access regularly, a pin gives them prominence over other scratch notes in the reverse-chronological timeline.

Coming closer to a full replacement for Dropbox, High Sierra lets you share files to friends and family with a simple public URL, for any file stored in iCloud Drive. If allowed, invited users can even edit the file contents to collaborate on a particular document.

On a related note, if you use Family Sharing, you can now upgrade to a shared iCloud Storage plan. Rather than paying for individual buckets of space, share a 200GB or 2TB monthly plan with up to six people in your family. In most cases, this will save money over buying individual plans for every person in the family.

High Sierra continues the trend of minor updates for macOS, which makes sense given that it is Apple’s most mature operating system. APFS is a major architectural update but it doesn’t feel like Apple is really taking advantage of its new capabilities just yet. The Photos improvements are welcomed for users invested in iCloud Photo Library, and help cater to more advanced users too.

Some apps may be incompatible with High Sierra due to the APFS migration, especially apps that concern themselves with low-level disk cloning, so be aware of potential pitfalls before taking the plunge. As always, make sure to have backups of your data before updating.

As ever, Apple is not charging a penny for the High Sierra update, so it’s hard to not recommend it. It may not have any revolutionary changes, but it continues Apple’s efforts to refine and optimise the macOS platform for the better.