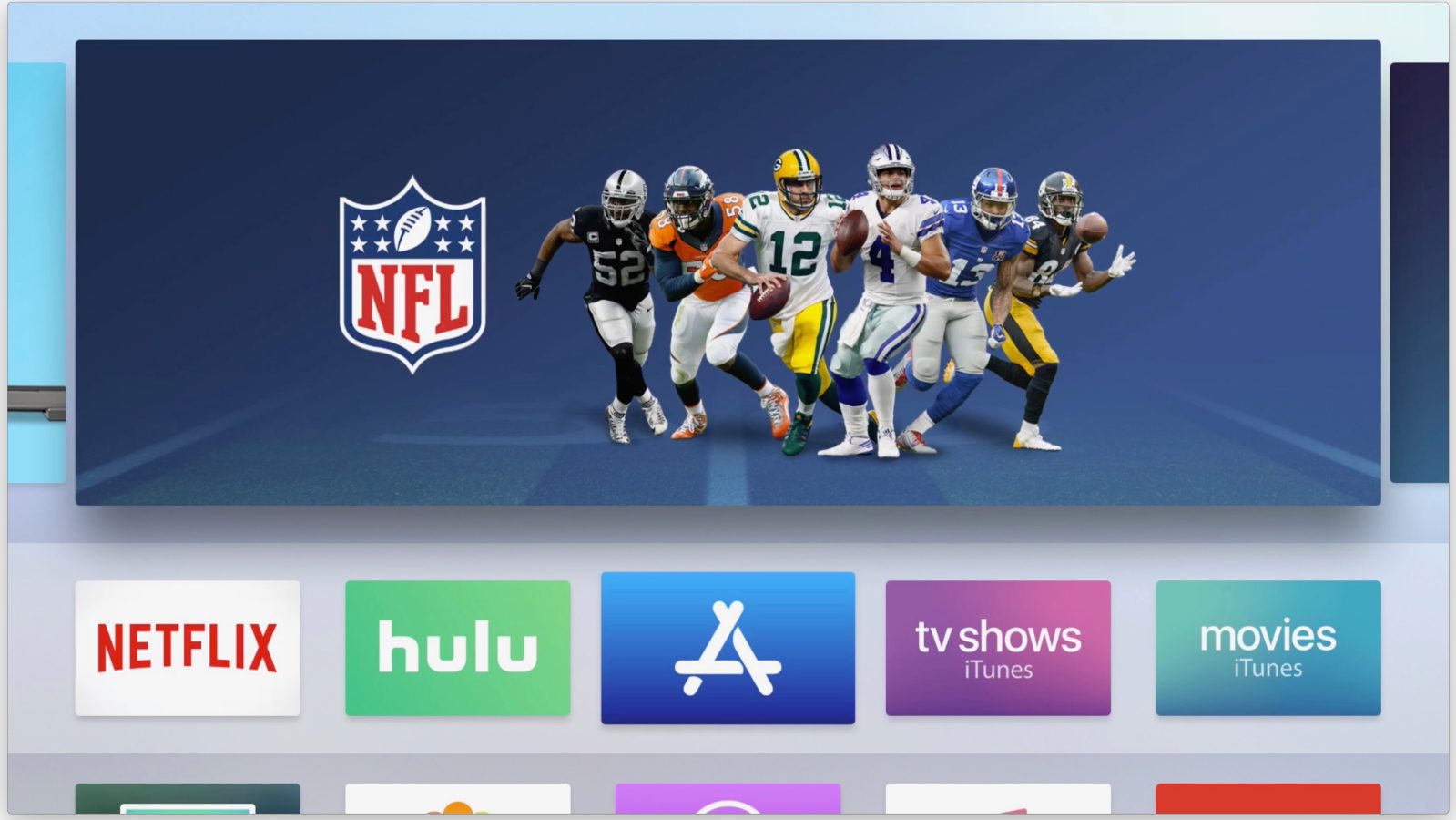 How to update Apple TV to tvOS 11

When you set up or update an Apple TV with tvOS 11, Home Screen Sync is a new option that can be enabled after connecting your iCloud account. 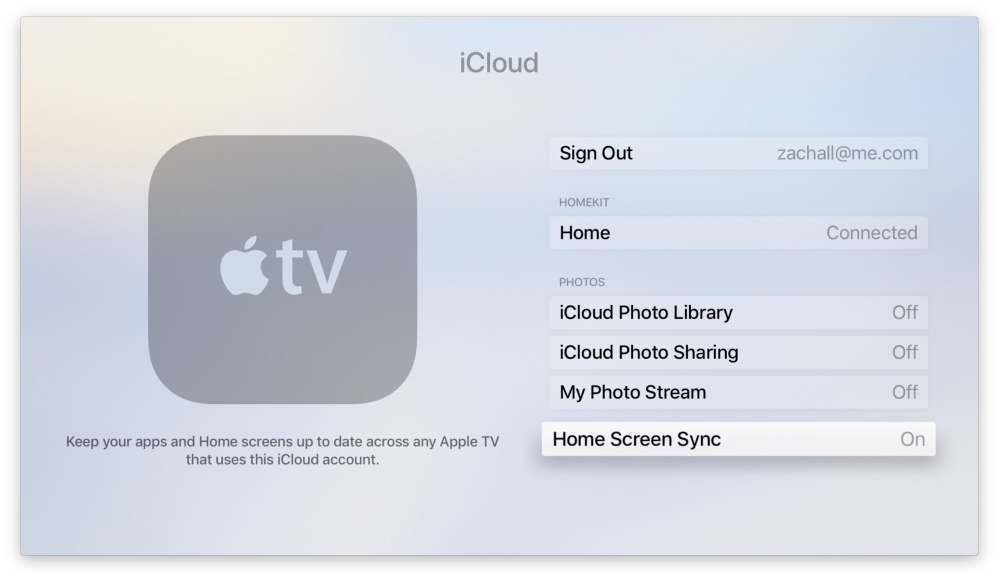 For example, I enabled the feature on my kitchen Apple TV without any third-party apps installed which automatically installed Netflix, Hulu, and YouTube and positioned them in the same place on my Home screen as my bedroom Apple TV. You could already use Automatic Downloads to prompt new app installs, but this new feature applies to all app installs and arrangements.

Automatic appearance switching is another new user-facing feature in tvOS 11. Apple TV gained a new dark mode in tvOS 10, but you had to switch between the light and dark appearance manually. tvOS 11 gains a new automatic option that changes between light and dark mode based on time of day. 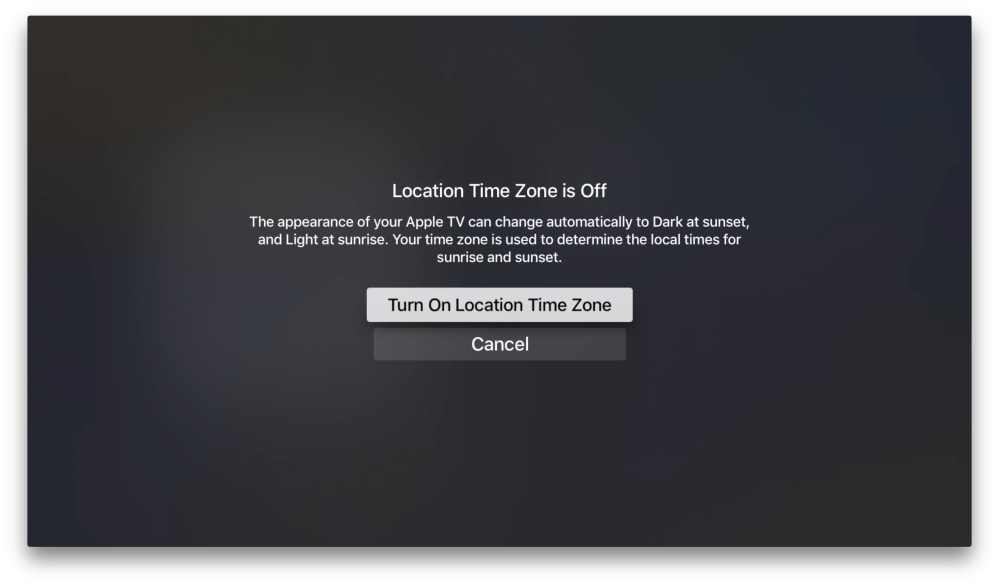 AirPods now appear as a new speaker option automatically on Apple TVs with iCloud accounts connected to iPhones with AirPods paired. This means you can play music or easily listen to video from Apple TV through AirPods without using the TV speakers. 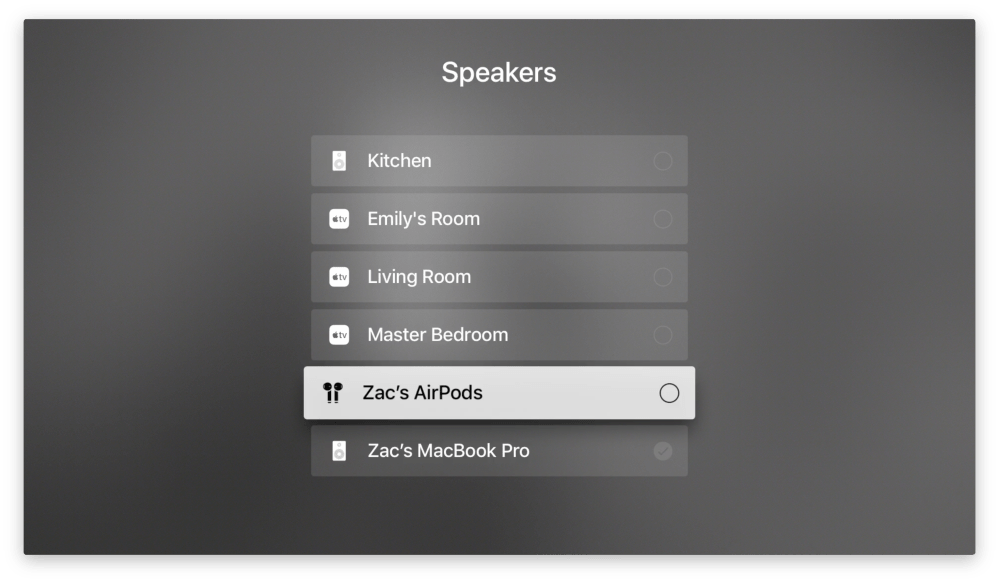 AirPods with Apple TV work just like other connected Bluetooth speakers or headphones, but the automatic set up feature means you don’t have to manually pair AirPods to tvOS 11.

Prior to tvOS 11, connecting AirPods to Apple TV required the method used to pair the wireless earphones to non-Apple products like Android devices: hold a button on the AirPods case, look for AirPods as Bluetooth speakers in the Settings app on Apple TV, and manually pair.

tvOS 11 will also include AirPlay 2 in the future which will support multi-room AirPlay from iOS and the upcoming Apple HomePod smart speaker, and Apple TV-connected speakers will appear as a HomeKit target in Apple’s Home app. 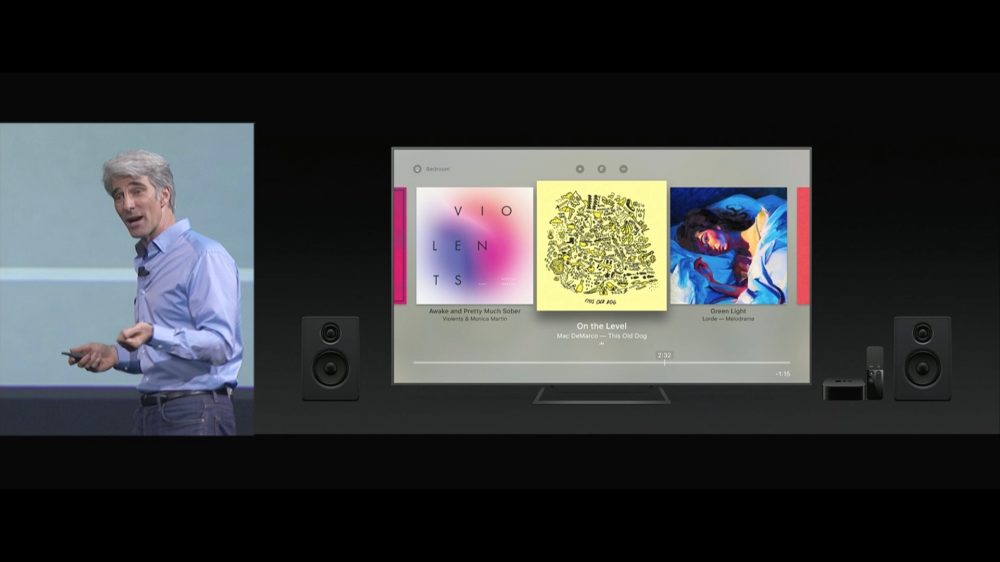 The TV app is also gaining new features and coming to more countries this year: 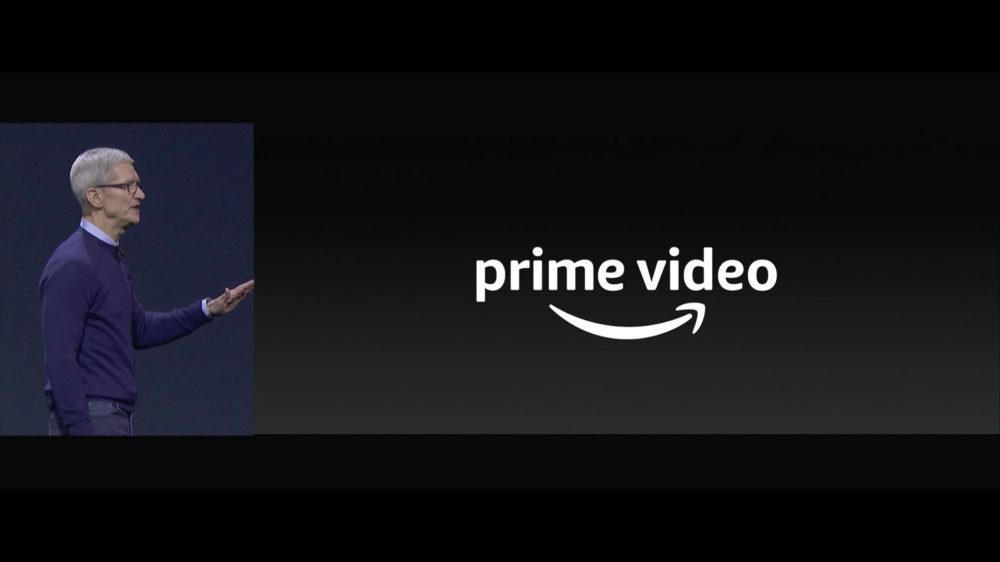 Amazon Prime Video is also coming to the tvOS App Store and the TV app this year.

tvOS 11 also allows developers to increase On-Demand Resource bundles from up to 200MB to up to 4GB, right-to-left language support is added, and new background capabilities are available for developers to change how their apps work. 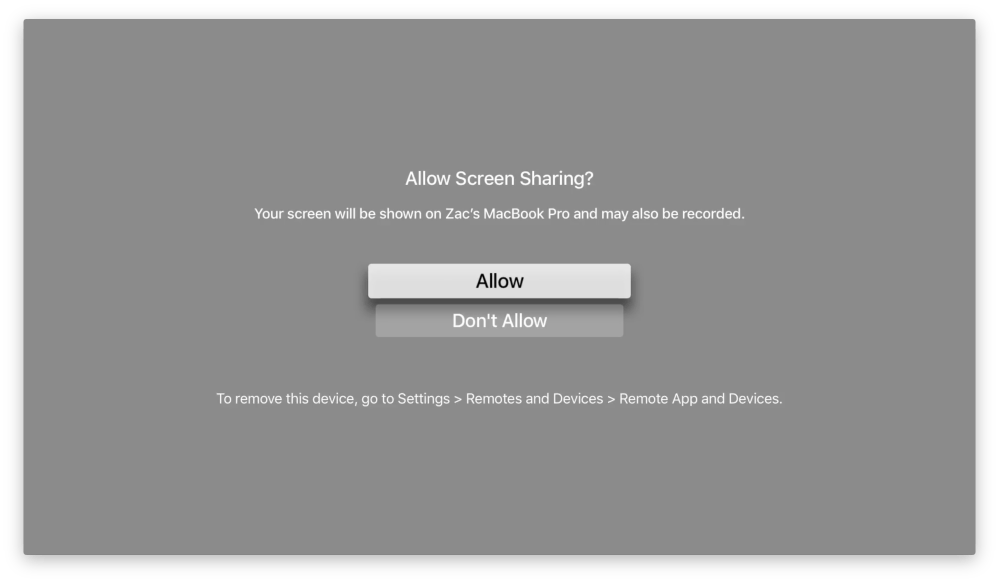 When macOS High Sierra is released later this month, you’ll also be able to screen share from Apple TV over Wi-Fi using QuickTime’s screen recording feature on the Mac. Prior to tvOS 11, this function required connecting a USB-C cable from the Apple TV to the Mac.

The tvOS 11 software update adds new features to the fourth-generation Apple TV for free, but the big story this year is the new Apple TV 4K. tvOS 11 for Apple TV 4K has been enhanced for 4K TVs with support for high dynamic range color. 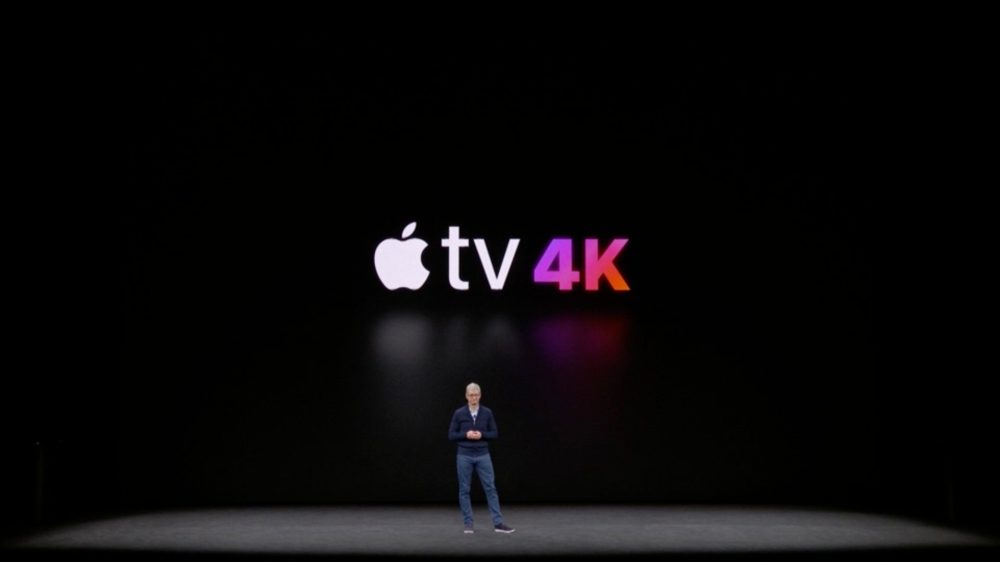 This includes 4K HDR aerial screensavers and 4K HDR content on iTunes. Apple is even upgrading existing HD titles to 4K for free where available. Apple TV 4K hits stores on Friday for $179 (32GB) and $199 (64GB).