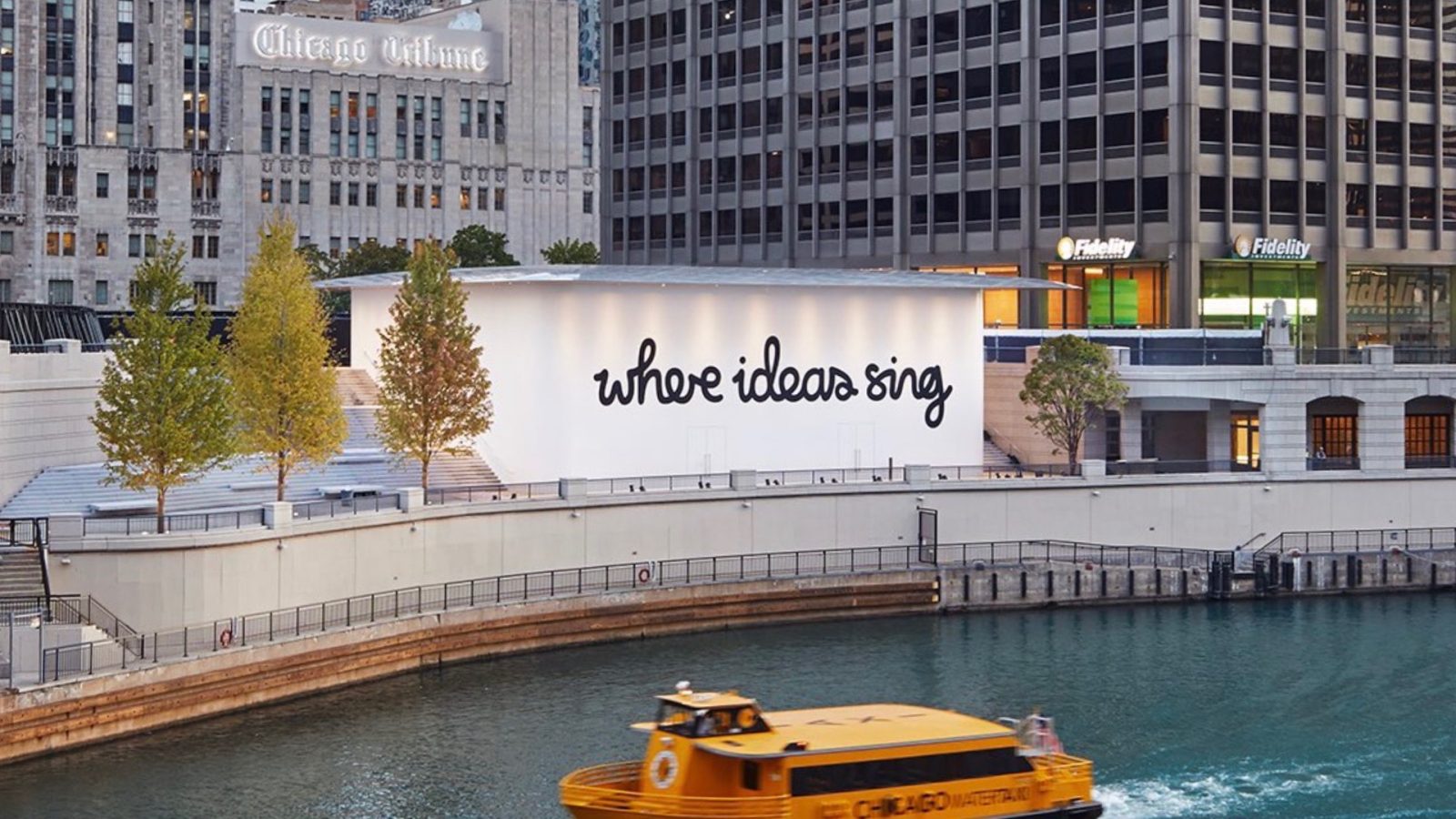 Apple’s latest retail flagship to receive a new store is its Michigan Avenue, Chicago location. Set for a grand opening on October 20, the company has a new webpage dedicated to the store. Continuing a trend seen used at its Dubai store, the soon-to-open Michigan Avenue location is already featuring local artists.

Chicago’s newest Apple Store got some stage time from retail VP Angela Ahrendts at the company’s September event. You might also remember hearing about this location this past summer…yeah it’s the one that looks like a giant MacBook Air from the sky.

Roof aside, this new store is shaping up to be a beautiful two-story glass covered space on the Chicago River. Apple’s updated store page highlights the creative history of Chicago, which it’s looking to spur on with the new store.

Chicago’s creative roots run deep. It’s where house music and rock and roll first took the stage. Where world-famous architecture lives. And where contemporary art thrives. Along the Chicago riverfront where the city was founded, we’re opening Apple Michigan Avenue. A space for the next generation of creative pioneers to come together, connect, and share their talent.

Ahrendts tweeted today about the local artists the yet-to-be-finished store is already featuring. Artist Matthew Hoffman brought his styling to lyrics from Saba’s song Where Ideas Sing and are featured on the exterior of the store.

To celebrate the grand opening, we partnered with two renowned Chicago artists to create “Where Ideas Sing.“ This city anthem was written and performed by hip-hop artist Saba, and his lyrics were brought to life by public artist Matthew Hoffman. The spirit of this collaboration, like Apple Michigan Avenue itself, was inspired by the creativity and energy of Chicago.

Apple has already announced its Today at Apple initiative at Michigan Avenue will kick off with Live Art Typography with Matthew Hoffman, Photo Walks Time-lapse with Craig Shimala, and Sketch Walks Marina City Architecture with Iker Gil. For those interested, you can reserve a spot staring October 10.

Update: A reader has sent over some up-close photos of the new store.