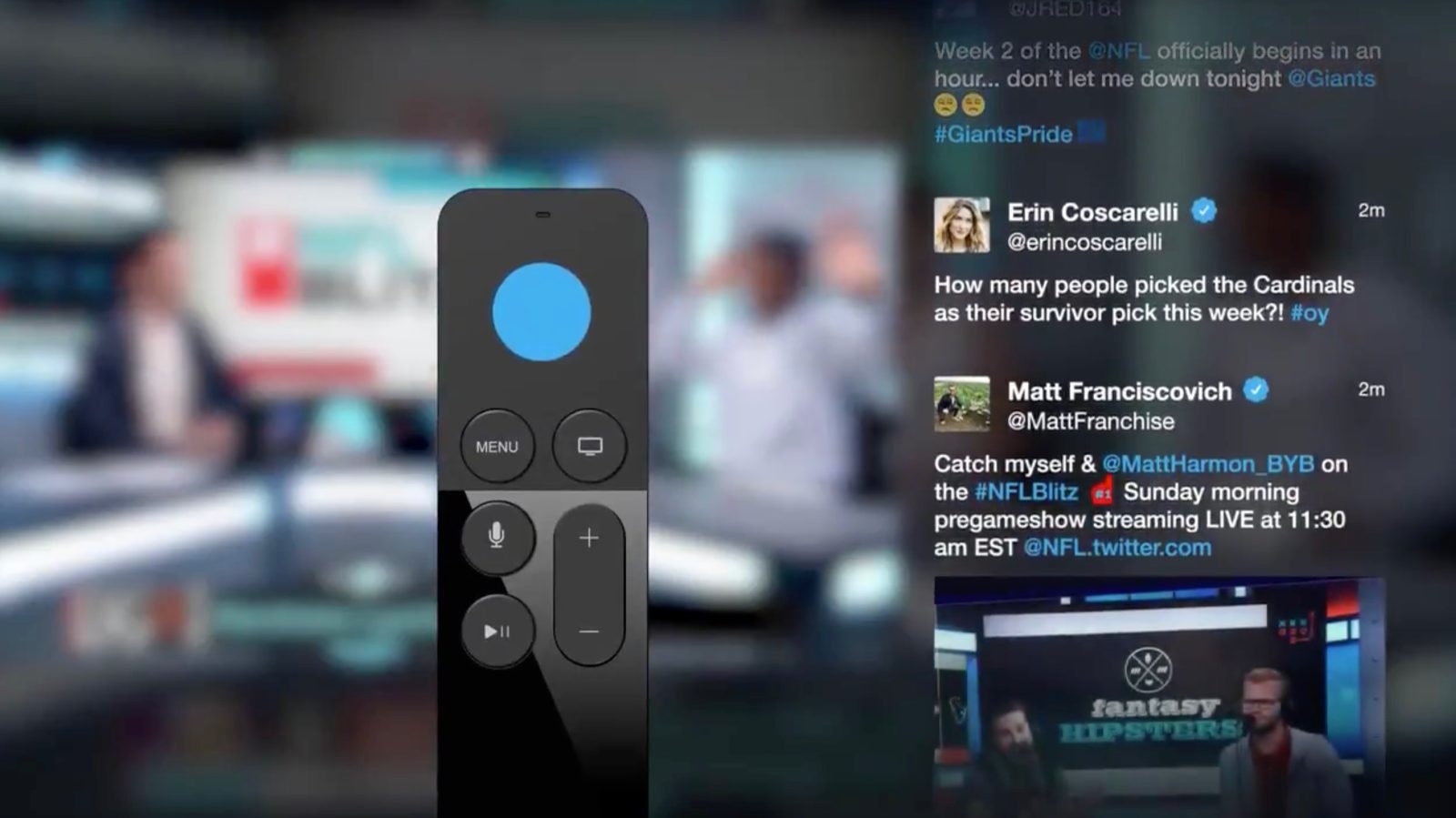 In the latest version of Twitter for tvOS, the social media service has brought a new feature that allows you to pair your iOS device with your Apple TV as an easy way to tweet while watching specific shows and games.

Adweek heard from Twitter about how the new feature works:

People love to tweet while watching their favorite TV shows because it allows everyone to experience what’s happening together. This update, combined with Twitter’s daily programming that’s shaped by tweets from the audience, helps enable true interactive TV.

After the controversial move to raise the 140 character limit to 280, Twitter is also working on a “Save for Later” feature and just released a “Happening Now” feature.

Connect your Apple devices and Tweet while you watch! Update to the latest Twitter app for Apple TV. pic.twitter.com/72FV2fWOAZ