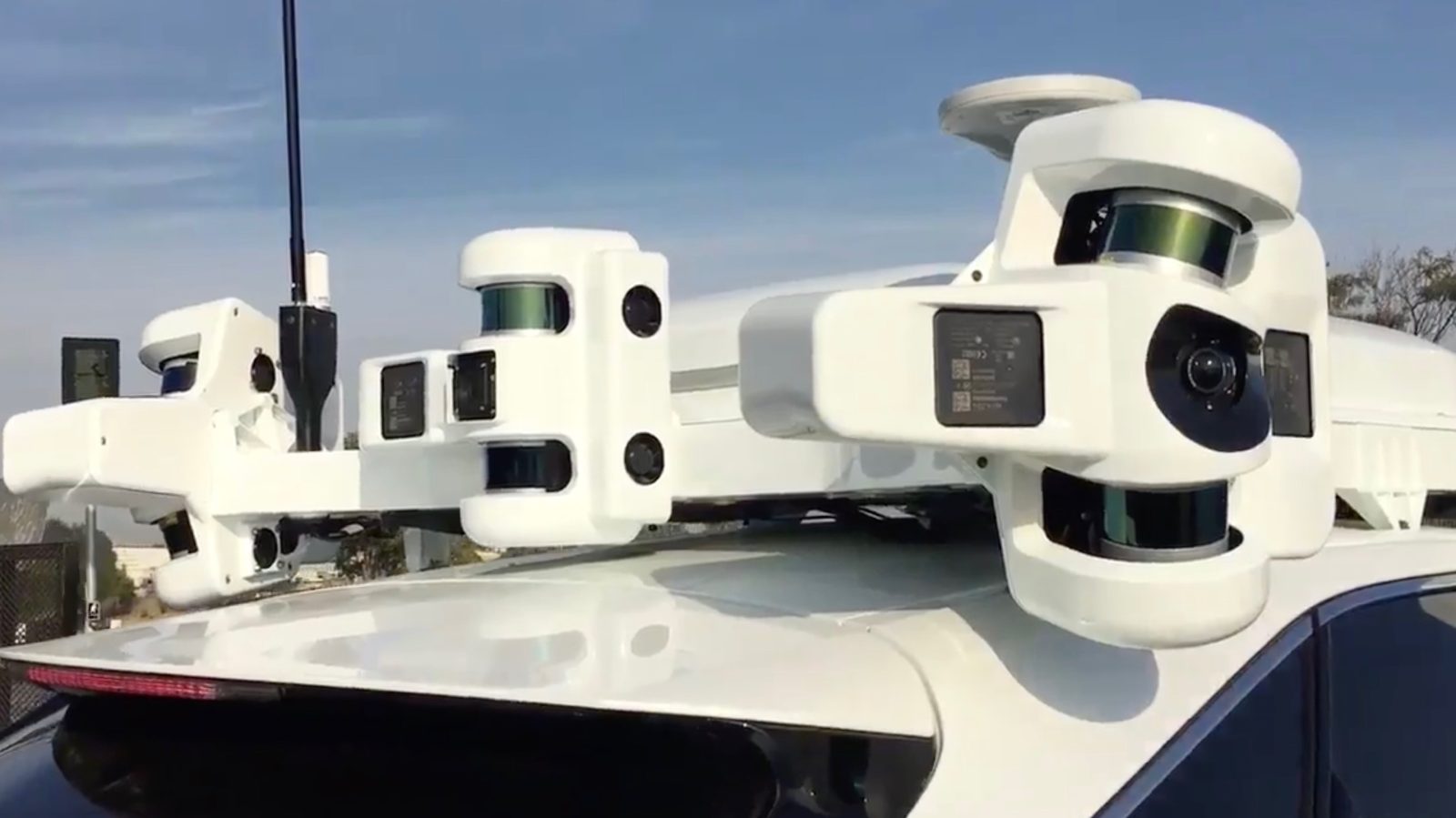 MacCallister Higgins, the co-founder of autonomous taxi company Voyage shared a tweet about Apple’s roof array on its Project Titan vehicles. Higgins breaks down what’s unique about Apple’s approach, which may also hint at the possibility for Apple to offer an autonomous vehicle aftermarket add-on.

Going to need more than 140 characters to go over [Apple’s] Project Titan. I call it “The Thing”

TechCrunch noted it’s significant when an expert from an autonomous vehicle company is talking about another company’s efforts. Higgins responded to some questions about the tweet, sharing that “the majority of the compute stack is likely located inside the roof unit” for Apple’s setup as opposed to other companies that use the trunk to store system components.

Other tidbits from this up close look at Apple’s Project Titan setup include that both the front and back feature 6 LiDARS and also that having the radar array on the roof is interesting.

As TechCrunch points out, having a rooftop contained array makes it easy for Apple to switch test vehicles, but could also point to the possibility of working towards offering an aftermarket modular add-on product.

This would be an interesting update as the latest Project Titan news pointed towards Apple focusing less on hardware and more on a carOS of sorts, along with its PAIL program.

Going to need more than 140 characters to go over 🍎's Project Titan. I call it "The Thing" pic.twitter.com/sLDJd7iYSa