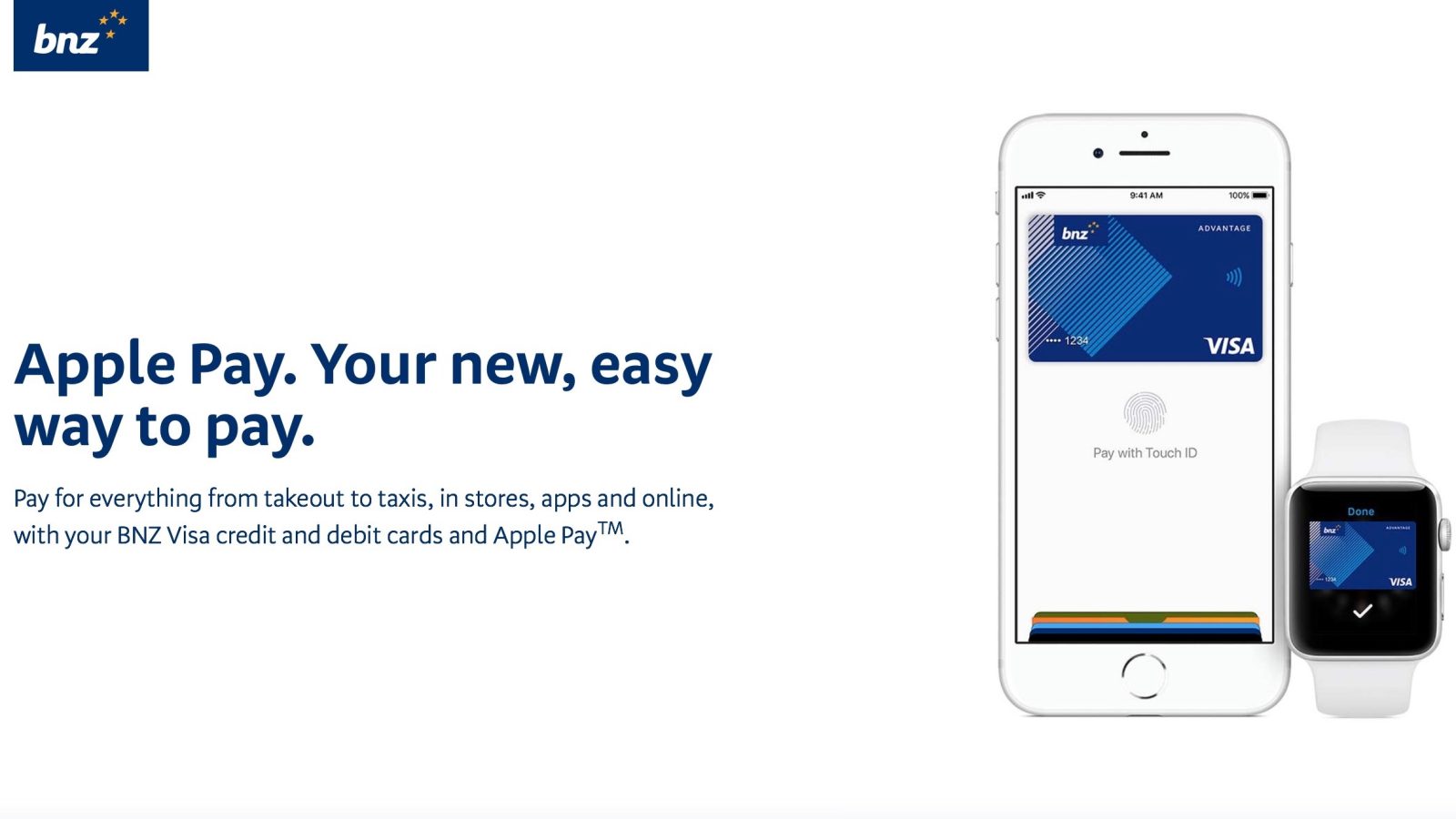 Apple Pay support for BNZ was first announced earlier this month, though without a specific release date. The bank has since updated its website with details on how to set up Apple Pay and use it in store.

Earn double rewards when you pay with Apple Pay

Apple Pay is expected to come to a handful of new countries soon. It was reported last week that Apple Pay would expand to Sweden, Finland, Denmark, and Poland this week. Meanwhile, Apple Pay head Jennifer Bailey offered an update on the platform over the weekend, touting that the service is available in more than 20 markets, with 50 percent of United States retailers accepting it.

If you’re a BNZ customer in New Zealand, head to the bank’s website for all of the details.