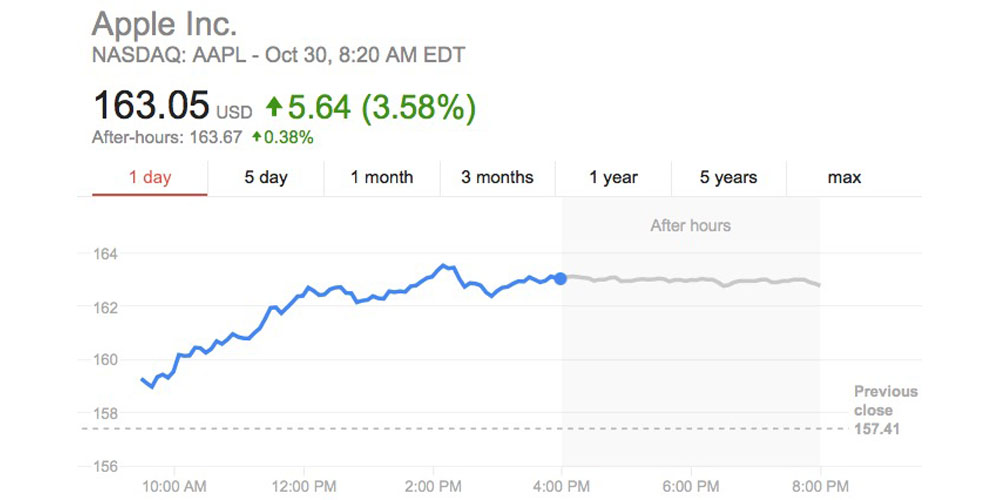 Investors were clearly enthused by Apple’s statement that demand for the iPhone X was ‘off the charts,’ AAPL stock rising 3.58% on the news …

Reuters reports that three Japanese firms have also enjoyed some of the benefit, share prices rising despite a weak financial market in the country.

The gains might seem comparatively modest, but they are set against a backdrop of general Nikkei nervousness following underperforming banks and ‘caution ahead of major central bank meetings this week.’

It’s common for Apple suppliers to experience their own share gains on the back of positive Apple news. We saw the same thing back in August when the iPhone maker reported decent Q3 results and gave strong Q4 guidance.

We have just a few days to go before we find out whether Apple’s fiscal Q4 (calendar Q3) lived up to expectations as the company reports its earnings on November 2.