There’s been a flood of iPhone X reviews surfacing this week and we’re hearing (and seeing) more details about Face ID. While Apple has touted that Face ID is more secure than Touch ID, it also shared that this isn’t the case for twins and those under the age of 13. Now that a few outlets have had more time with the iPhone X, we’re seeing some mixed results when it comes to identical twins tricking Face ID.

Apple first shared that the probability of someone else unlocking your iPhone X with Face ID is 1 in 1,000,000 compared 1 in 50,000 with Touch ID at its September event. The company also made a joke out of the fact that Face ID’s security is lower when it comes to identical twins.

About a week later we heard details from Craig Federighi that the new tech would work “with most, but not all” sunglasses. At the end of September Apple released a white paper detailing how Face ID works, but while it mentions a higher false match, it didn’t give any specifics.

The probability that a random person in the population could look at your iPhone X and unlock it using Face ID is approximately 1 in 1,000,000 (versus 1 in 50,000 for Touch ID). […] The probability of a false match is different for twins and siblings that look like you as well as among children under the age of 13, because their distinct facial features may not have fully developed.

Today, Business Insider, Mashable, and The Wall Street Journal put Face ID to the test with identical twins and triplets…and so far it looks like a false match probability of 3 out of 4 (with extremely limited testing).

Mashable ran its tests with two sets of identical twins who experienced false matches in both cases.

With both sets of twins, the other twin unlocked the iPhone X, even though neither one had registered his face with Face ID on the iPhone X. With the Franklin twins, we had both brothers remove their glasses and had the other brother register. Again, Face ID failed to tell the difference.

Another interesting note from the Mashable article is that Windows has apparently solved the twin problem with its Windows Hello facial recognition.

The Wall Street Journal used fraternal twins and identical triplets in its tests and found that the twins weren’t able to fool Face ID, but the identical (young) triplets were. WSJ also did an elaborate face mask test which wasn’t able to trick Face ID.

Meanwhile, Business Insider saw the opposite results in its test. While BI only ran the test with one set of twins, no false matches occurred. 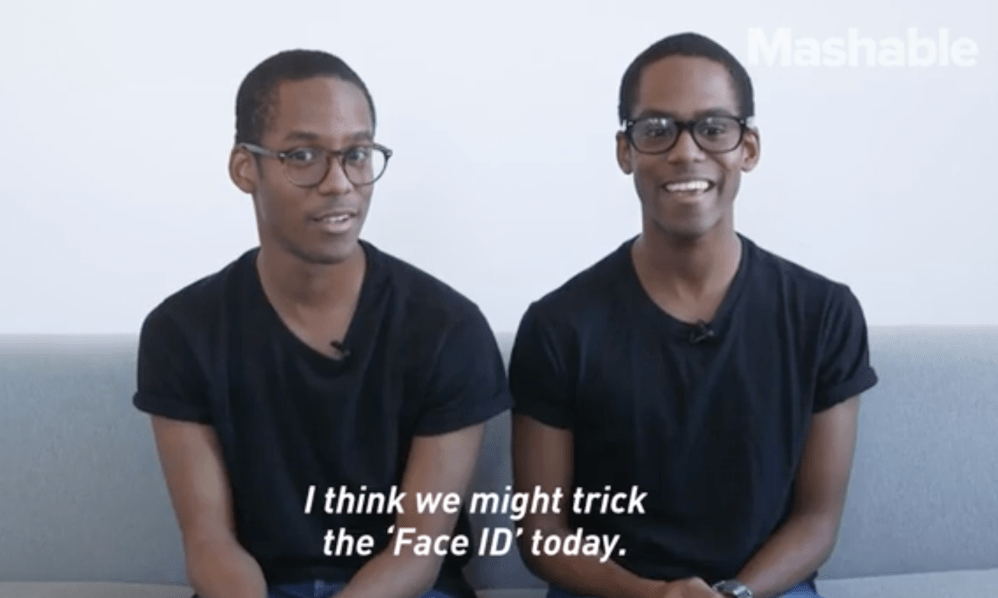 Is this a concern for you? For twins, this certainly seems like a downside compared to Touch ID (so hopefully you can trust your twin). iPhone X with Face ID hits stores this Friday when more customers will be able to give real world tests to the new facial recognition features.