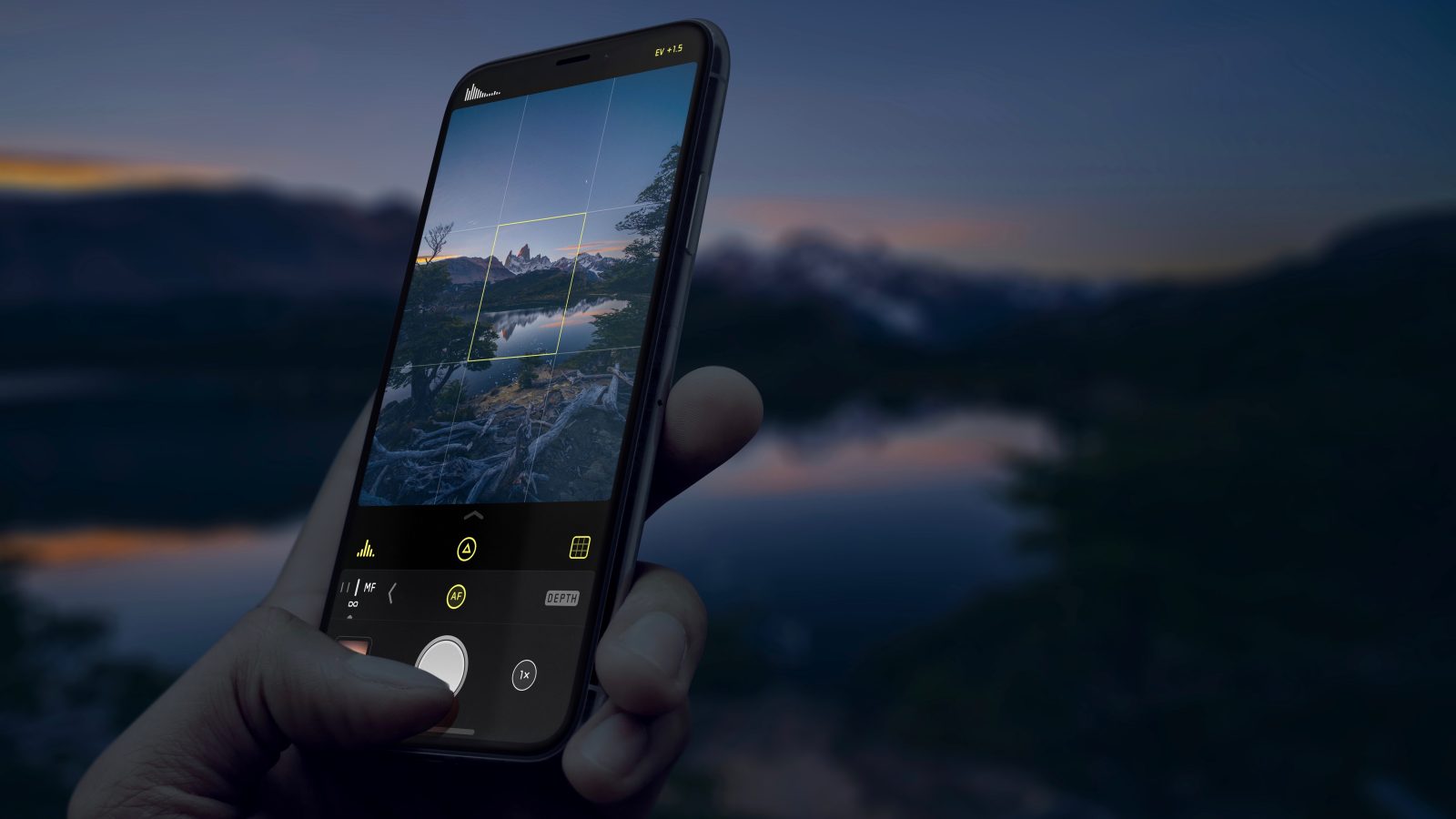 Created by former Twitter for iOS tech lead Ben Sandofsky and ex-Apple designer Sebastiaan de With, Halide is a beautiful iPhone camera app with gesture-based pro controls that launched earlier this year. With the release of the all-screen iPhone X tomorrow, Halide is out with a major update featuring a new user interface designed from scratch for the new device.

Halide 1.5 for iPhone X goes edge-to-edge by using the top left and right corners (on either side of the sensor housing) to display exposure values, histogram data, and other data points. I really like how this takes full advantage of the extra screen real estate.

The new layout also ensures the viewfinder stays unobstructed, and Halide’s developers say the new version is designed to be one-hand friendly on the taller iPhone.

RAW capture support is also improved as Halide’s makers say they have worked with Apple and other developers to ensure “some of the fastest and best supported RAW capture out of any iPhone camera app.” And for Japanese users, there’s now localization support in the latest update.

Halide 1.5 for iPhone is available for $2.99 (limited time release sale) on the App Store.