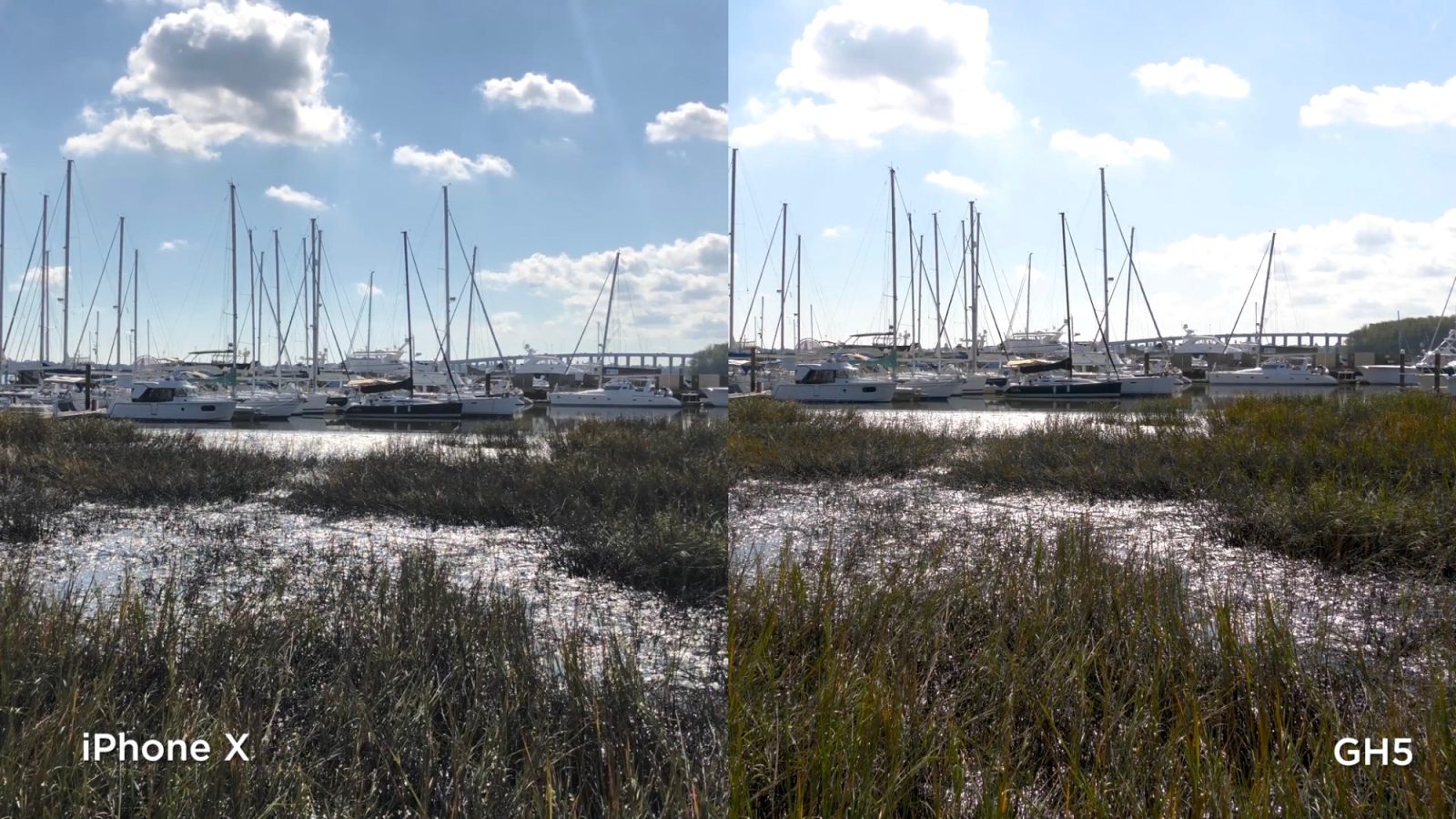 The iPhone’s camera system has long been a favorite of professional videographers looking to capture video with mobile rigs, and the iPhone X is proving to be no exception. This year, Apple brought a faster, f2.4 aperture telephoto lens to their flagship phone, featuring dual optical image stabilization. New to not only the iPhone X, but 8 and 8 Plus as well is 4K video recording at 60fps, and slow-mo video in 1080p at 240fps.

In a new video, photography blog Fstoppers put the iPhone X’s improved video capabilities to the test, comparing the phone to a professional mirrorless camera, the Panasonic GH5.

The GH5 is a 20-megapixel micro four thirds camera retailing for just under $2000 without a lens. Side by side with the iPhone X, Fstoppers was impressed with the results.

Not only did the iPhone perform admirably in daylight and slow-mo tests, but appeared to nearly equal or surpass the GH5 in terms of color vibrancy and contrast in numerous environments.

The GH5 did come out on top in terms of video stabilization and low-light capabilities, however. The iPhone was also bested when it came to zooming in a subject, resorting to digital zoom after pushing past the limits of the telephoto lens.

Apple’s successful “Shot on iPhone” campaign has consistently highlighted the continuous improvements to the iPhone’s camera system, and this year’s update looks to be a solid leap forward once again. The full comparison below is worth a watch, filled with great side-by-side comparison shots. Which camera do you prefer? Let me know in the comments, and feel free to drop me a line if you’re filming anything neat with your own iPhone X.