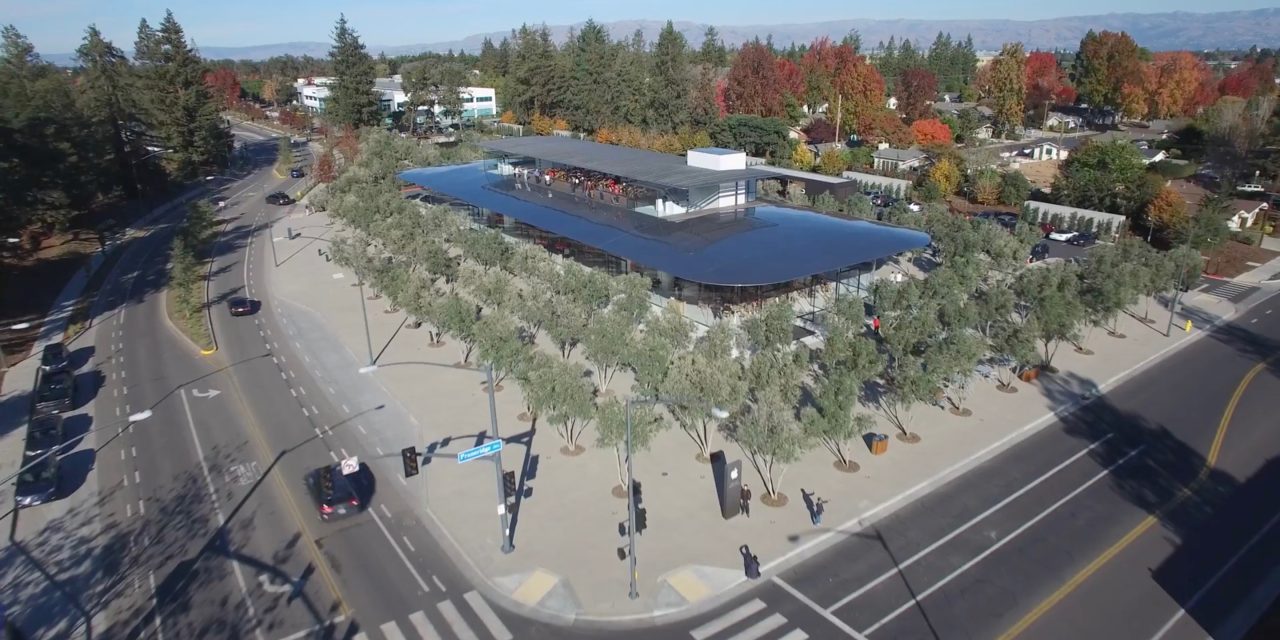 Apple Park is now open for business, but that doesn’t appear to be stopping drones from flying over Apple’s new campus and capturing aerial footage of the nearly finished project. See for yourself below:

The current view from above captured in 4K video by Maverick Solutions shows the new Apple Park Visitor Center since it opened to the public.

This contains an on-site Apple Store with official Apple merchandise that you can’t buy in regular Apple Stores. We visited the new location when it opened to the public on Friday so you can see inside as well.

There’s still additional landscaping work to be done, especially around the fitness center, but the campus has come a long way toward completion since we started tracking the project years ago. Personally, I’m curious to see how much longer drones are permitted (even unofficially) to fly this close to the new headquarters.

Check out the latest 4K drone footage below while we still can:

For a view inside Apple Park, check out our recent coverage below: