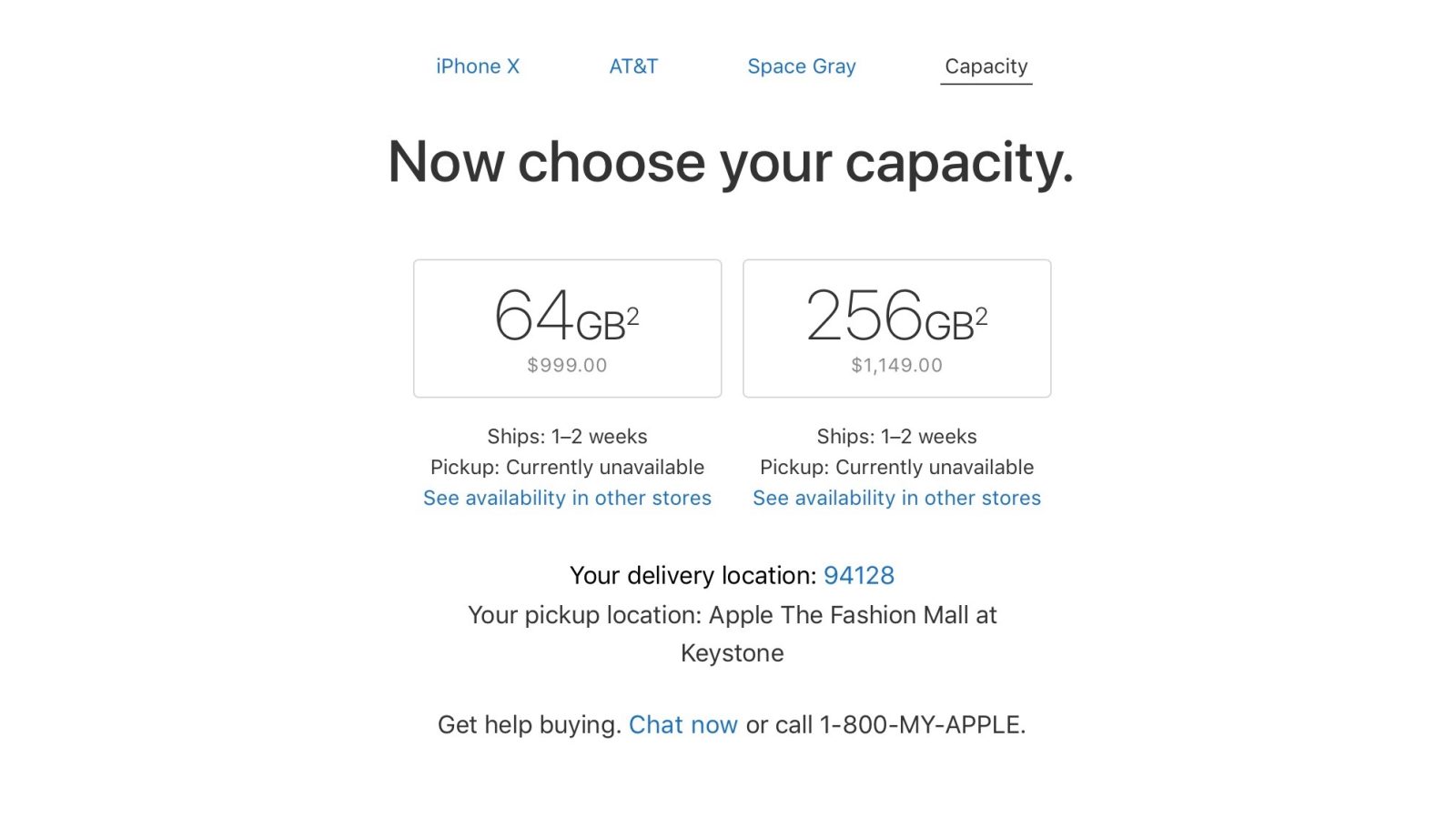 As the busiest shopping time of the year quickly approaches, iPhone X shipping times in the United States and Canada have fallen to 1-2 weeks on the Apple Online Store. This comes following last week’s improvement to 2-3 weeks.

At their worst, shipping times touched 5-6 weeks the day after iPhone X pre-orders went live. Since then, however, Apple has been working to improve delivery estimates, while in-store availability has also been gradually improving.

Tim Cook touched on demand for the iPhone X during Apple’s earnings call earlier this month. Cook remarked that he couldn’t predict when the device will come back into supply/demand balance, but we’ve already see major improvements in less than a month of availability.

In addition to improvements on Apple’s Online Store, many customers are seeing regular improvements to shipping times after their initial order. Many people who were originally quoted 2-3 weeks, for instance, have received their device much quicker than that.

This is a crucial time for iPhone X availability as the holiday shopping season ‘officially’ begins this week. While we likely won’t seen any doorbuster iPhone X deals this holiday season, we can expect Apple’s latest flagship to be one of the most popular gifts.

Meanwhile, if you are searching for that perfect Black Friday sale, head over to 9to5Toys where they’ll be working around the clock to keep up with all of latest and greatest deals.

Have you already gotten your hands on the iPhone X or are you still waiting? Let us know down in the comments.