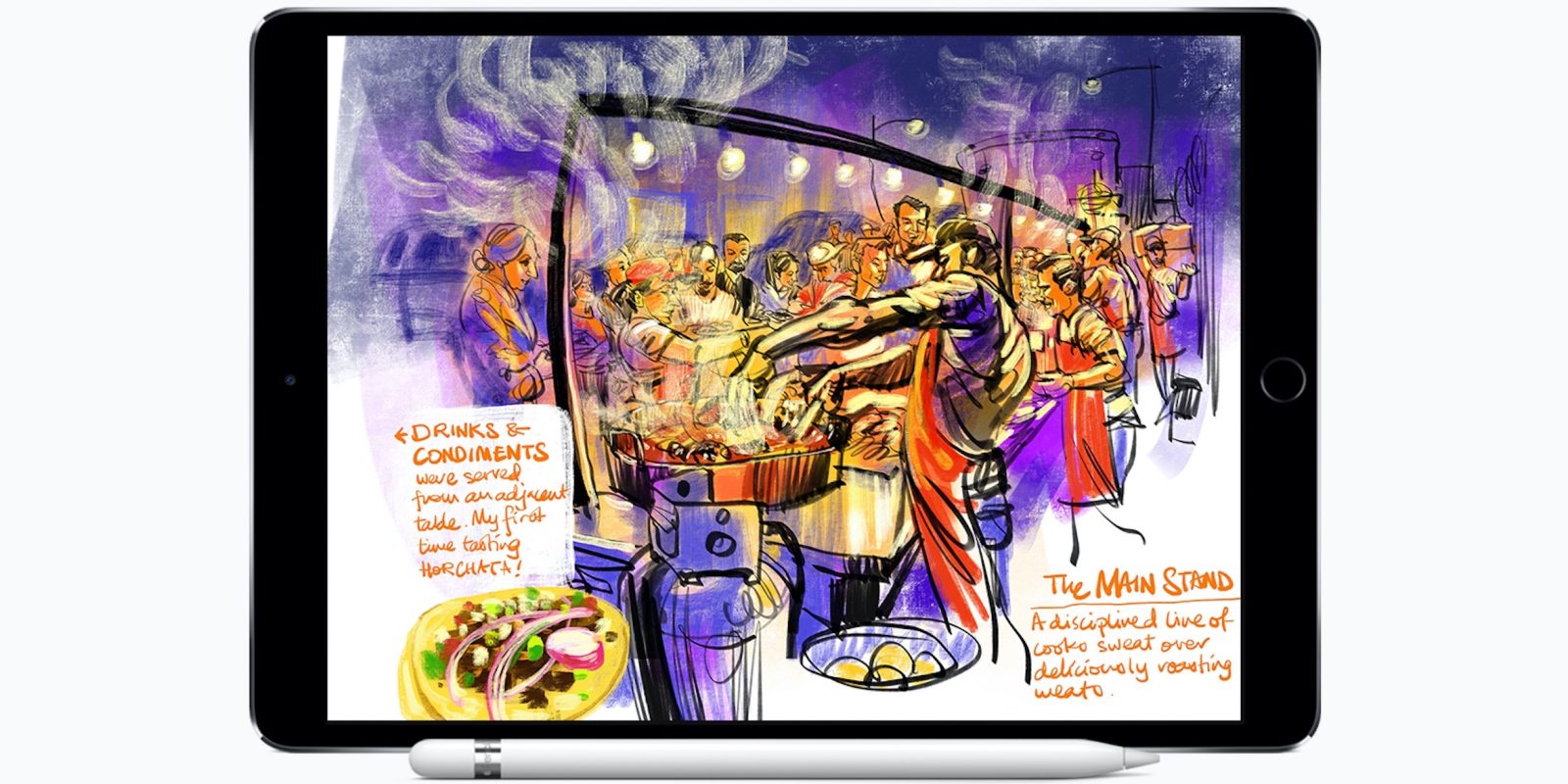 Apple is highlighting four artists who create with Apple Pencil on iPad Pro as the Urban Sketchers groups turns 10. Urban Sketchers is made up of artists around the world who meet in cities to draw on-location.

The illustration above was created by the aptly named Rob Sketcherman of Hong Kong who has drawn exclusively with the iPad Pro and Apple Pencil since it was released in 2015.

Apple is also featuring the work of Don Low of Singapore, Omar Jamarillo of Berlin, and Uma Kelkar of San Francisco who each create with iPad:

As part of its Today at Apple initiative, Apple will also be hosting free workshops at its retail stores around the world to teach customers how to create on the iPad Pro with Apple Pencil as well:

Customers can sign up for Today at Apple sketch walks hosted by these artists in San Francisco, Hong Kong, Singapore and Berlin at apple.com/today.

For more on iPad Pro and Apple Pencil: