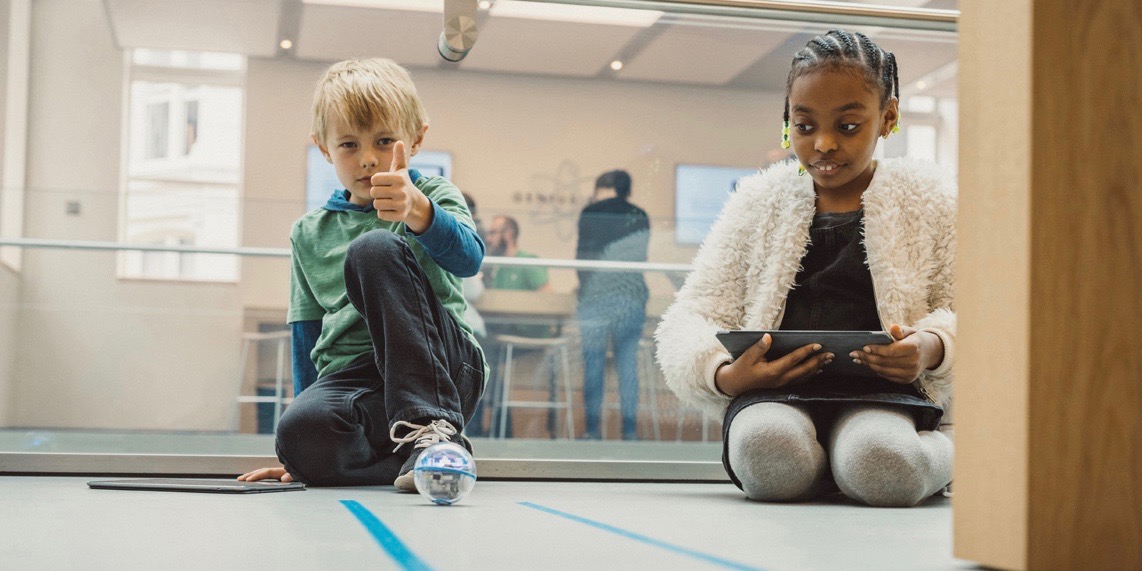 Apple is promoting Hour of Code at its retail stores next week for the fifth year running with free coding classes for kids. Apple is also rolling out a new Swift Playgrounds challenge for Hour of Code to promote the company’s developer language using its educational iPad app.

Registration for the free Apple Store workshops is now open with sessions available December 4 through 10.

Young aspiring coders can learn coding basics during a Kids Hour session, while those age twelve and above can use Swift Playgrounds on iPad to learn coding concepts and even program robots. A new Teacher Tuesdays session helps educators learn how to teach code to students using new resources and discussion topics.

For Swift Playgrounds on iPad, you can use the Hour of Code challenge to create a digital robot “with new parts including cyborg eyes and electric hula hoop arms” from anywhere. Apple is also promoting resources for schools to encourage Hour of Code sessions in classrooms:

Apple’s new Everyone Can Code curriculum includes a free Hour of Code guide featuring the new Swift Playgrounds challenge to make it easy to get started teaching code in schools, community centers and after-school programs.

Earlier this year, Apple also published its Swift app development curriculum on iBooks which is now used by community colleges. In addition to the Hour of Code sessions, Apple is also promoting Apple Pencil and iPad Pro creation with workshops hosted by artists around the world.

You can learn more about Hour of Code at hourofcode.com.

Everyone should have the opportunity to learn to code. We’re celebrating #HourofCode with free workshops next week at all Apple Stores. https://t.co/XZqeHLns40