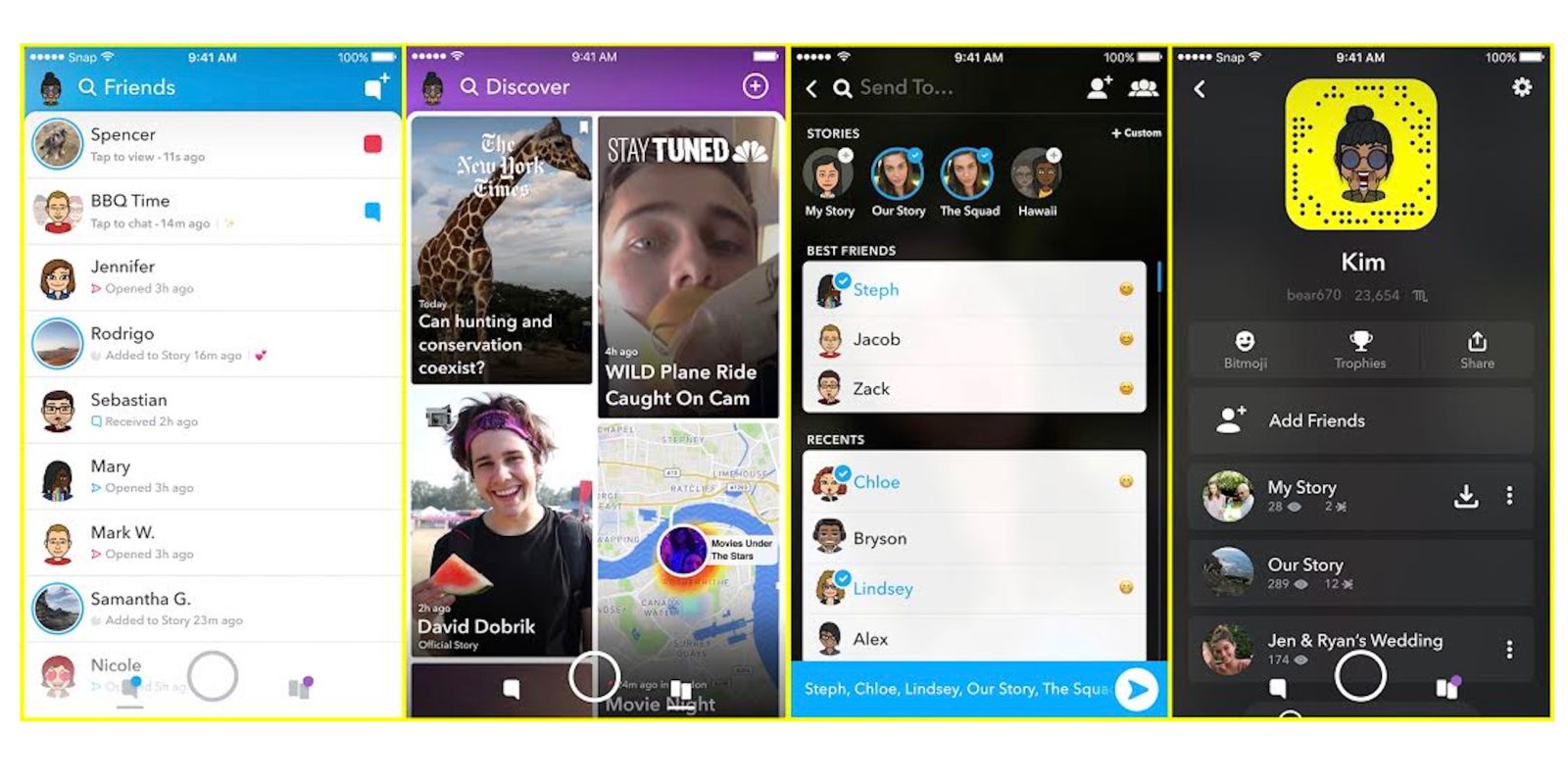 Snapchat teased out earlier this month that its app would soon see its first major redesign, and today we’re seeing the first look at the new Snapchat. The details come a bit earlier than expected, although the rollout will be gradual…

Snapchat is pitching the new design as having a better focus on separating friends from media which distinguishes it from competing social networks like Facebook/Instagram and Twitter.

The app will still launch with the camera for quick capture, but Snapchat is moving all friends activity to the left of the camera and all media content to the right.

Content from friends includes both chats and stories in a dynamic view; previously this section only included chats as stories were mixed in with brand content on the right section.

Discover is still located to the right of the camera, but Snapchat says it will now focus on content from “publishers, creators, and the community” including Snap Map, Search, and Our Stories in a vertically scrolling, dynamic view. Snapchat will both rely on staff curation as well as algorithmic intelligence to populate the new Discover page.

CEO Evan Spiegel told investors a few weeks back that the new design is meant to make the app easier to use which should attract new users, although the company expects short term disruption as existing users react to the new app.

I haven’t used the new app yet, but the focus on separating content from friends and content from media may potentially make it easier to simply ignore the Discover page which helps Snapchat monetize the service.

Snapchat says the new version will roll out later this week to a small number of users ahead of its full launch “in the coming weeks.”