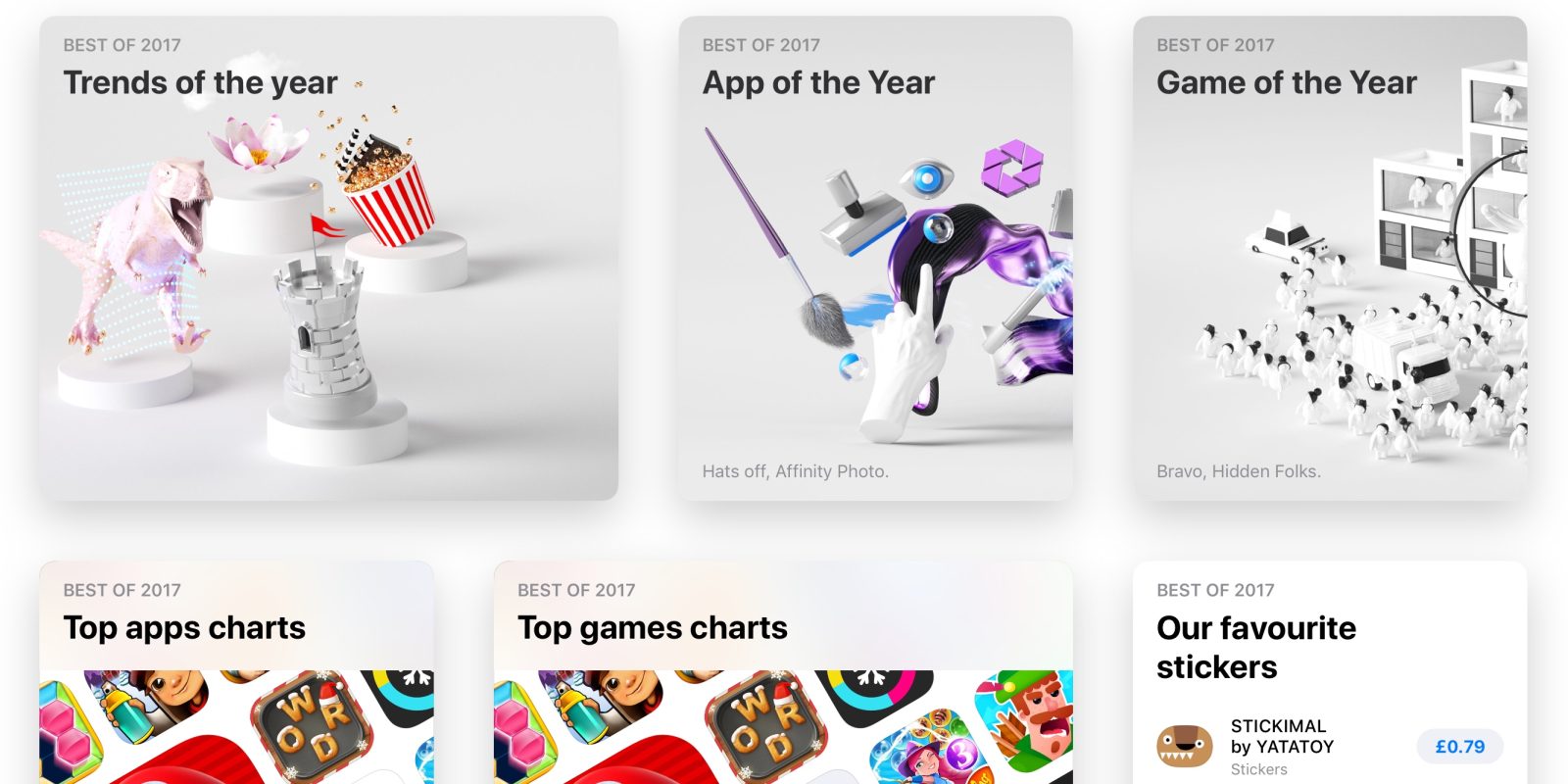 Apple has announced its Best of 2017 apps and games, this year utilizing the Today cards in the iOS 11 App Store to feature the winners. Apple says its app of the year for iPhone is Calm, a meditation and sleep app, and Splitter Critters is 2017’s iPhone game of the year. Apple says the title “radiates imagination and originality”.

For iPad, Apple has chosen Affinity Photo, the desktop-class photo editor, and the game The Witness. It has also announced most popular apps, music, movies and more …

Rather interestingly, the game of the year choices for iPhone and iPad are not freemium titles. Affinity Photo is also a paid-up front app although Calm is free with an optional subscription.

Some of these selections vary per country, for instance in the UK App Store for iPad it features Hidden Folks instead of The Witness. You can see the breakdown of featured apps for each region (as well as awards for Mac, Apple Watch, and Apple TV) on this page.

Apple has also released the usual top charts listings for free and paid apps and games. The most downloaded apps include Bitmoji, Snapchat, YouTube, Messenger, Instagram and Facebook.

Apple also has a new editorial this time around; ‘trends of the year’. This features the most interesting and important apps, games, and trends in app culture. Apple features augmented reality, online realtime mobile games, environmentally-minded apps for sustainable living, and apps to help with parenting. 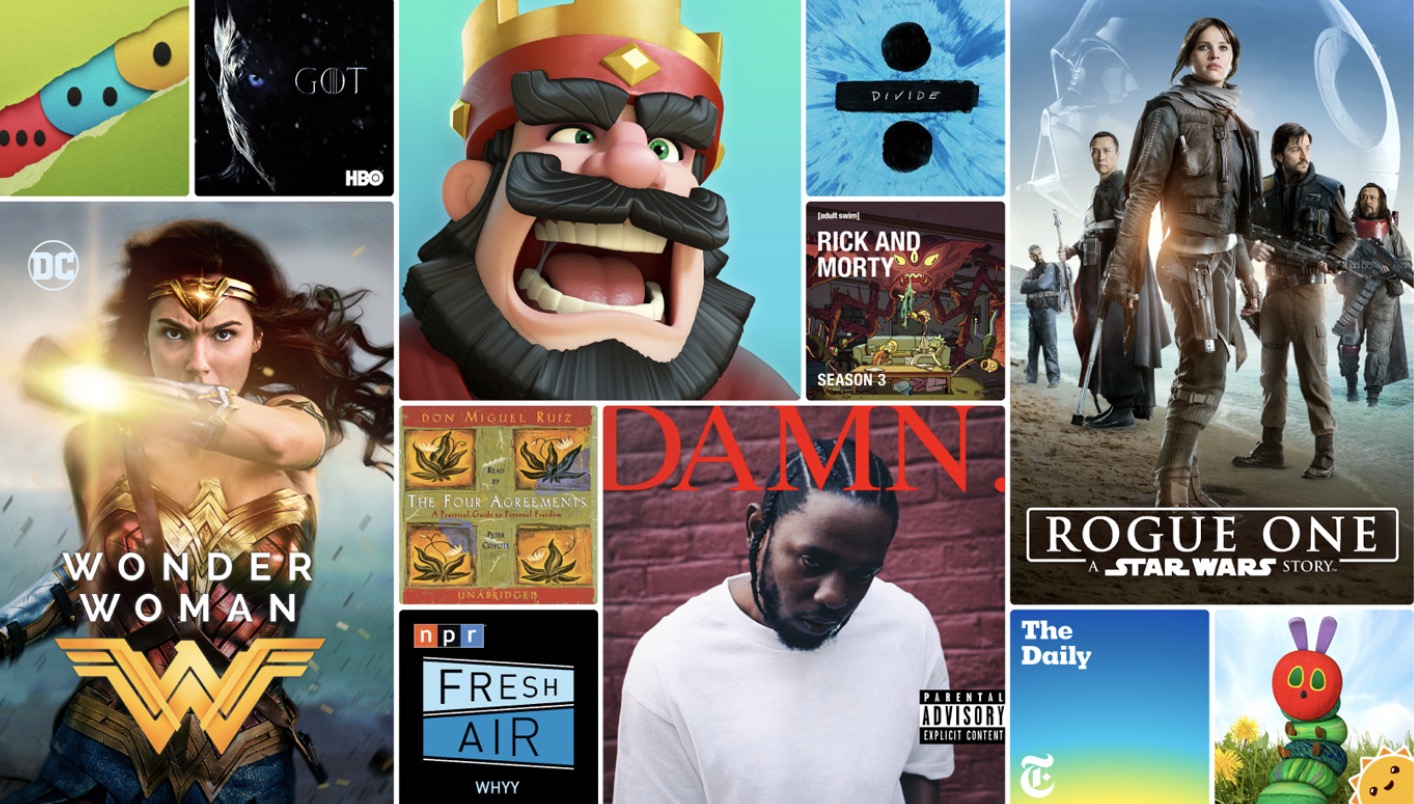 For Apple Music, the most popular album was Drake’s More Life and Ed Sheeran snagged the most popular song with Shape of You. Taylor’s Swift album Reputation is already the number 3 best-selling album for 2017, despite debuting only a few weeks ago.

For movies, the top film was Moana followed by the Stars Was instalment Rogue One. Game of Thrones unsurprisingly dominated in the TV realm, with NPR’s Fresh Air topping podcast charts.

You can see all the top charts and recommendations in the App Store and iTunes Store now.

Imagination and creativity drives us at Apple. Thank you to the talented artists and creatives who kept us inspired through 2017 #Bestof2017 #OffTheCharts2017 https://t.co/cuF5QcMmN5