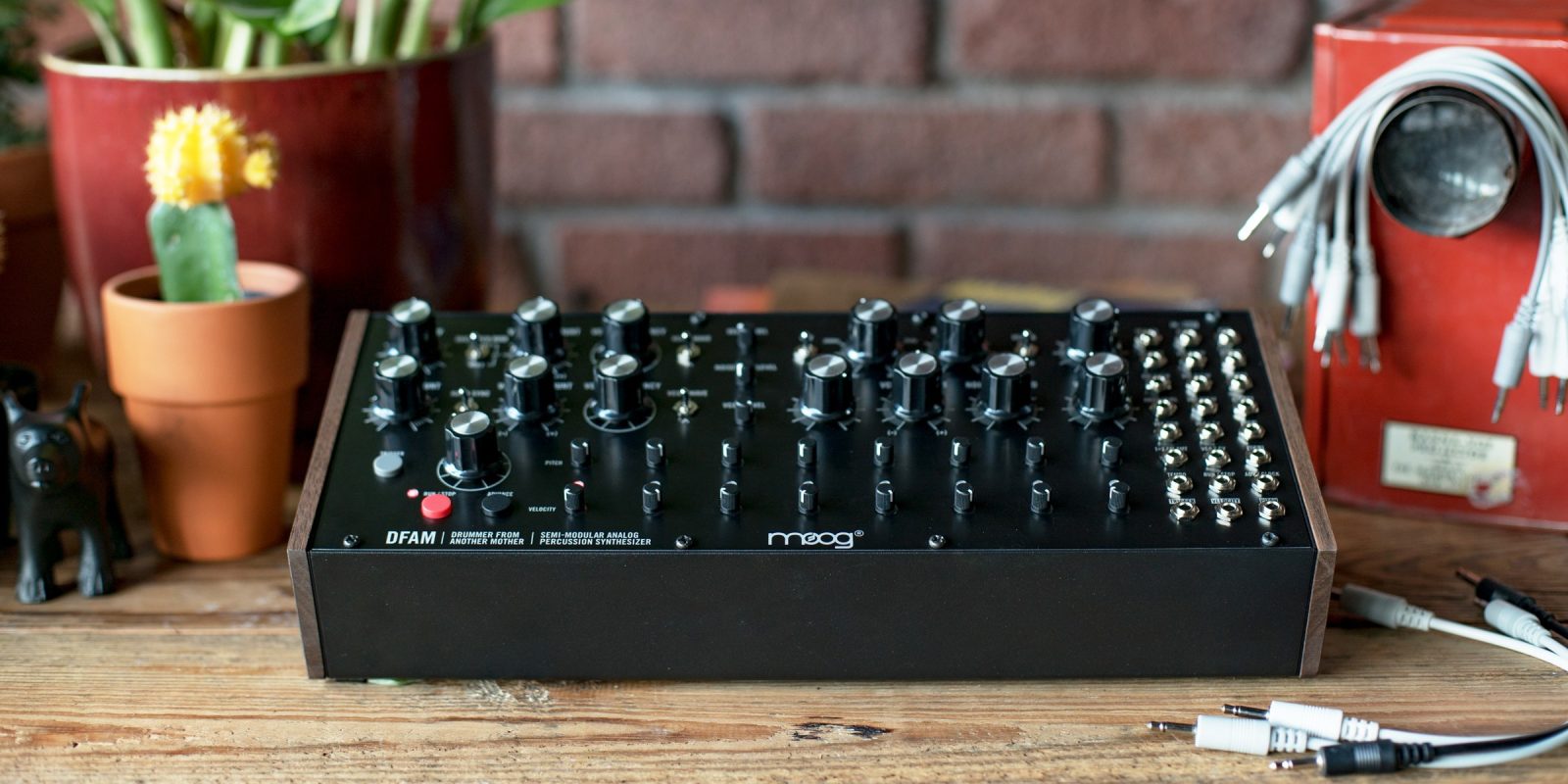 This is the place to catch up on all the biggest product announcements, hardware, apps, synths, Logic/GarageBand instruments and so much more in the world of iOS and Mac music production. Ahead of NAMM 2018, we are starting to see more hardware products announced/come available. Moog’s new semi-modular DFAM, Waldorf’s string/vocoder synth, another clone from Behringer, new iOS/Mac instruments and much more are making news this week.

A new season of Logic Pros reviews, tutorials and tricks kicks up again next week, but for now head below for this week’s top stories in music production…

Moog has now released the second generation Mother-series DFAM. Drummer from Another Mother is essentially a new analog percussion/drum synth from the geniuses over at Moog. With a pair of analog oscillators, high/low pass ladder filters and originally debuting at the DIY Workshop at Moogfest 2017, the DFAM is now ready for retail.

It features an 8-step sequencer with per-step velocity, a built-in mixer, 3 envelopes for the VCO, VCF and VCA and a 24-point patch bay for full integration with your modular Eurorack rig.

You can get more details and hear the new drum synth in action above.

DFAM’s fully analog circuitry behaves much like a living organism, reacting in different ways to input from different individuals. Moog Music enlisted three artists to demonstrate the sounds of the new instrument: DJ Haram, Stud1nt, and Umfang–all members of NY’s Discwoman collective. Watch as they explore the new Semi-Modular Analog Percussion Synthesizer from their own personal creative spaces.

The new Moog DFAM is ready for purchase at $599 with a January 19th shipping date at most retailers.

Behringer is Cloning the Oberheim OB-Xa

As we mentioned last week, Behringer is preparing for NAMM 2018 and beyond with some new clones. After the announcement of a Roland Vocoder Plus VP-330 clone, Uli Behringer has taken to Gearslutz regarding his next copy cat synth. The company is now hard at work on an Oberheim OB-Xa clone that has been dubbed the UB-Xa. It sounds like the project is still a ways out, but Behringer has quickly flung itself back into the spotlight with these refreshed vintage remakes and we can’t wait to get hands-on with them. Here’s to hoping Behringer has some new clones to show off at NAMM later this month.

Today I officially announce that we have decided that we will develop and produce an authentic OB-Xa clone which we call the UB-Xa. As you can imagine, this is a very complex and time-consuming project and at this stage we won’t be able to tell you when the instrument will be available in the market or what it will cost.

Here’s the new Waldorf STVC String Synthesizer & Vocoder, priced at $900. This mysterious listing over at tech retailer B&H looks to be showing off a new synth from Waldorf. Judging by the listing, it appears to be based on the Waldorf Streichfett string synthesizer with a 49-note keyboard, “rugged” metal chassis and an included gooseneck microphone for all your vocoding needs.

We expect to see/hear more about this thing at NAMM 2018. But it looks to be releasing very soon (possibly next month or the end of January) for $899.99.