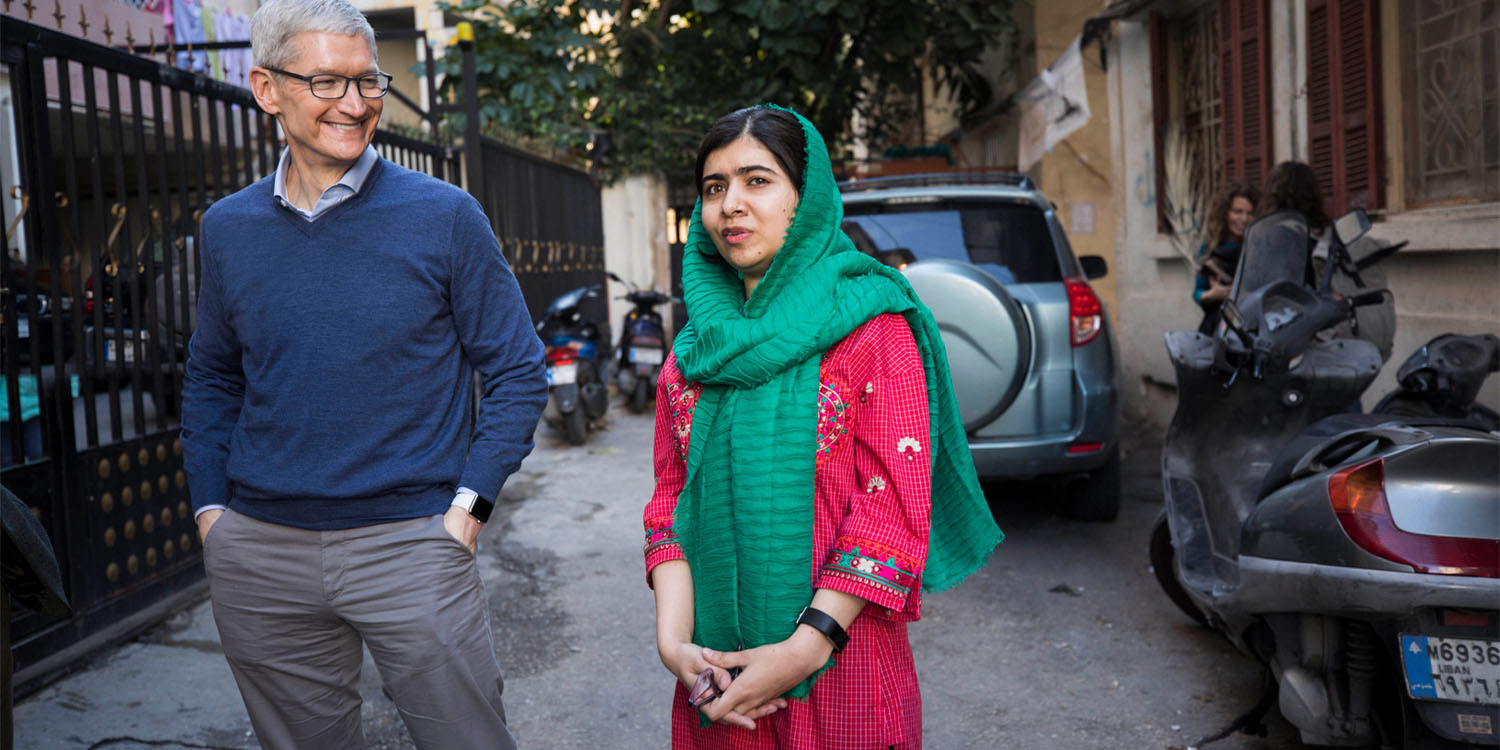 Update: Tim Cook has retweeted a link to an ABC News piece on the partnership.

Inspired by the work of Nobel Peace Prize Laureate Malala Yousafzai, Apple has announced that it is supporting her work to provide educational opportunities to girls in developing countries.

Apple says its funding will enable a ‘significant expansion’ of the work of the Malala Fund, and help it reach a goal of providing secondary education to more than 100,000 girls who would otherwise be unable to attend school …

In response to Malala Yousafzai’s work in Pakistan in advocating equal access to education for girls, the Taliban issued death threats against her before a gunman shot her in 2012 as she rode home on a bus after taking an exam. The bullet went through her head and neck before lodging in her shoulder. It took three months of hospital treatment to treat her injuries.

The attempted murder created worldwide outrage, and a desire to support her work. She was praised by the president of Pakistan Asif Ali Zardari, UN Secretary-General Ban Ki-moon and then U.S. president Obama. Celebrities joined in condemning the attack and in supporting the right of girls to equal opportunities, among them Madonna and Angelina Jolie.

Apple said that in addition to funding, it will be assisting the Malala Fund in a variety of other ways.

Yousafzai expressed her appreciation for the company’s support.

“My dream is for every girl to choose her own future,” said Malala Yousafzai. “Through both their innovations and philanthropy, Apple has helped educate and empower people around the world. I am grateful that Apple knows the value of investing in girls and is joining Malala Fund in the fight to ensure all girls can learn and lead without fear.”

Apple CEO Tim Cook said that it was a privilege to support her work.

We believe that education is a great equalizing force, and we share Malala Fund’s commitment to give every girl an opportunity to go to school. Malala is a courageous advocate for equality. She’s one of the most inspiring figures of our time, and we are honored to help her extend the important work she is doing to empower girls around the world.

There are currently an estimated 130 million girls unable to attend school.