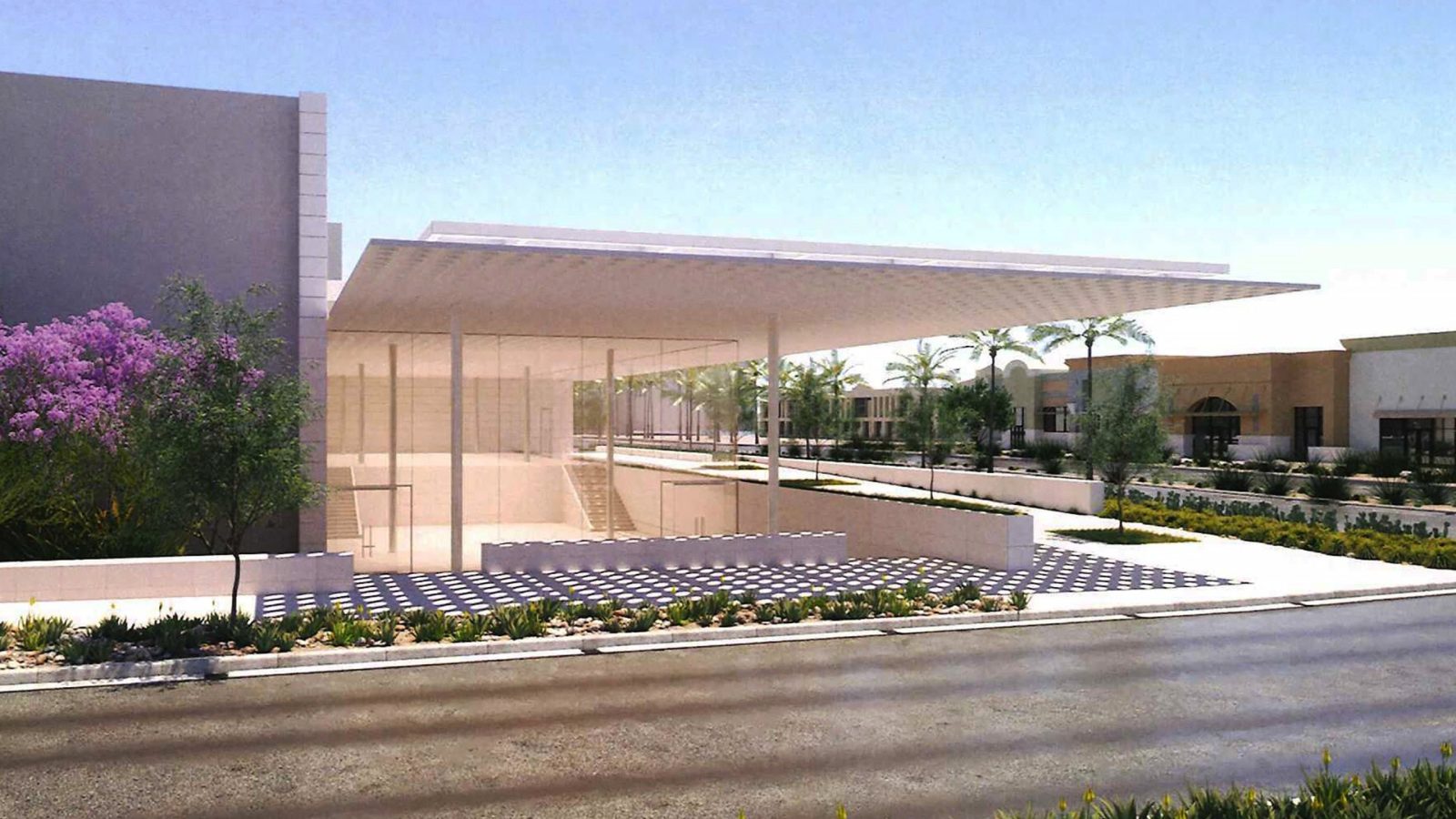 In a report from ABC 15 Arizona, Apple’s plans for an expansive new retail location in Scottsdale, Arizona have been detailed. The impressive new store, slated for construction in the Fashion Square Mall, has now been revealed in renders of the site.

Documents published by the city of Scottsdale (and surfaced on Twitter by Storeteller) include design schematics and building permits containing three new images of Apple’s planned store. According to ABC 15, Apple will occupy 15-17,000 square feet of floor space in a split-level configuration. A construction start date has not yet been set.

Heading up the project is Ennead Architects, a New York-based firm. The company’s design schematics detail a space with a 27′ glass facade, stone interior and exterior walls, granite flooring, and underground parking. A sweeping glass storefront will run the length of the building, with desert landscaping anchoring the front of the store. Plans show a variety of palm trees, grasses, and yucca plants dotting the exterior.

Perhaps most intriguing is the store’s roof, featuring a cantilevered trellis design never before seen on an Apple Store. Instead of a typical flat overhang, the surface is covered in a dotted pattern of circular holes, letting light spill down onto the plaza below. The design is reminiscent of post-war brutalism and modernist architecture popular in the 1960s.

It’s important to note that these plans are preliminary, and could change significantly before construction begins. Stores of this scale – now called town squares by Apple – are increasingly designed with guidance from Foster + Partners, so it is somewhat unusual that Apple has chosen to work with a different firm for this project.

Rumors of the new store first surfaced at the end of 2016, and portions of the mall have since begun significant renovations, with a targeted completion of fall 2018. Apple already operates one retail location – Apple Scottsdale Quarter – less than 10 miles from the proposed location, but increased foot traffic following renovations make Fashion Square an enticing location.

Apple has already announced the closure of two of its existing retail locations this year in preparation for renovations, and the company’s first location in South Korea opened just last week.

2018 is shaping up to a busy year for Apple retail, as rumors of a new store in Victoria’s Mayfair Shopping Center have also resurfaced.