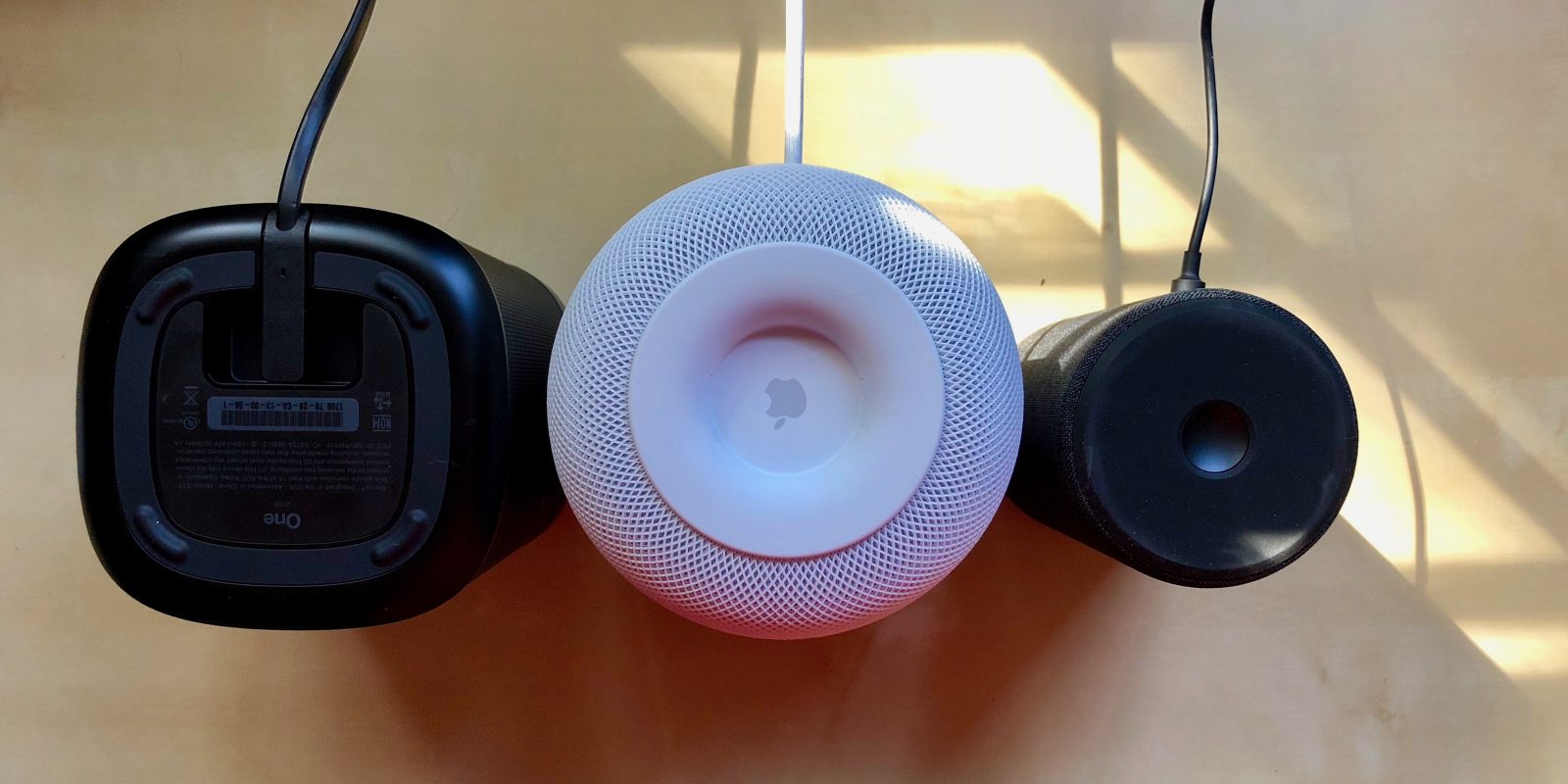 Yesterday it was discovered that HomePod can leave white rings on oiled wood finishes during normal use — something that is not obvious nor ideal. Apple responded by saying that it’s not unusual for ‘vibration-dampening silicone’ to react that way and recommended customers use HomePod on different surfaces. Now a new test has backed up that claim from Apple and highlighted another smart speaker that has a similar behavior…

Tom’s Guide reviewer Mike Prospero has published photos that show Sonos One, one of HomePod’s closest competitors, similarly leaves marks on affected wood surfaces. The effect is not as dramatic because Sonos One uses four corner feet and not a complete ring base, but the photos indeed prove Apple’s point.

When I got home, I saw a large white ring, a telltale indication that the HomePod’s silicone base had messed up the finish. But, as I was inspecting the damage, I noticed a series of smaller white marks near where the HomePod was sitting.

A closer inspection revealed that the Sonos One speaker, which also has small silicone feet, had made these marks on my cabinet. Looking around the top of the cabinet, I noticed a bunch of little white marks, all left from the Sonos Ones as I moved them around. So, they will damage your wood furniture, too. We’re awaiting comment from Sonos.

See the photo for yourself (and again, yes, HomePod is worse): 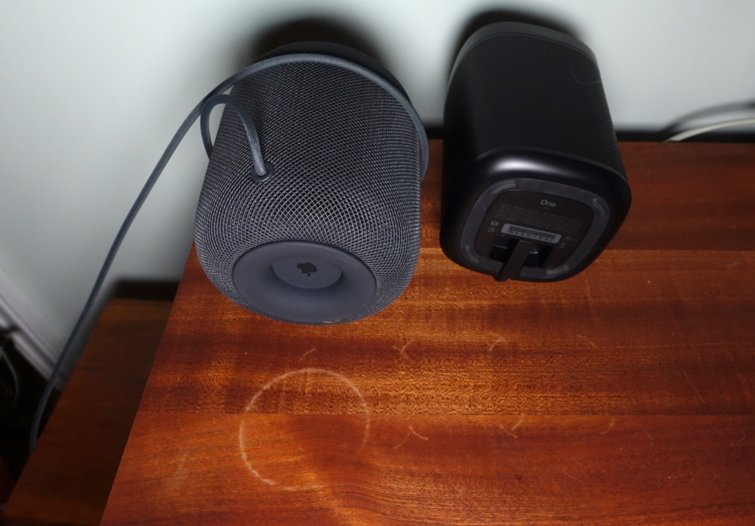 Two wrongs (or defects) don’t make a right (or feature), however, and it’s perfectly reasonable to expect to use smart speakers on common surfaces like desks and tables. The issue only affects wood surfaces that have not been treated with a protective coating, but needing to worry about that is inconvenient to say the least whether you’re using a smart speaker from Apple, Sonos, or anyone else.

If the issue is as common as it appears to be among speakers (and HomePod is only getting the heat because it’s receiving Apple-level attention), ideally the hope is that Apple can innovate in this space and produce a solution that sounds good while not damaging common surfaces.

The same material appears to be used on Apple HomePod, Sonos One, Amazon Echo, and Google Home, although the material could be different on the latter two smart speakers and their weight is a bit under that of HomePod and One. Sonos Play:1, which is the older version that Apple sells without Amazon Alexa baked in, also has a similar bottom design.