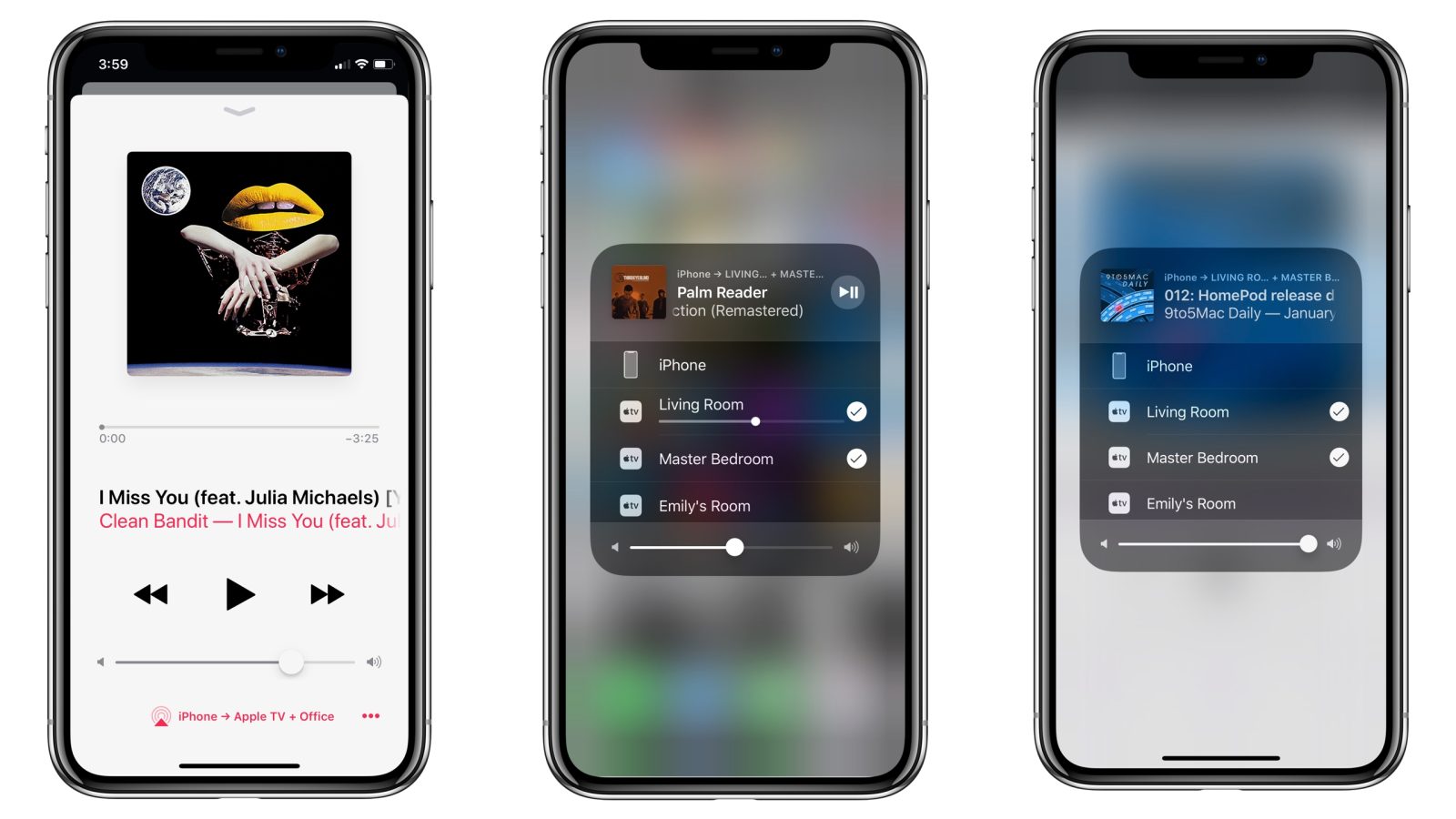 In today’s iOS 11.3 and tvOS 11.3 updates, Apple has removed AirPlay 2 support from both platforms, hinting that the feature will be delayed until further down the road, possibly coming with a future iOS 12 release.

Lack of AirPlay 2 also indicates that HomePod will not be getting multi-room or stereo pairing when iOS 11.3 ships to the public, which some have hoped for. This also means that multi-room will no longer be available on Apple TV as well as the feature was also removed in the tvOS 11.3 update.

The inclusion of AirPlay in previous betas led many to believe that Apple wasn’t too far behind in its software for HomePod. But not all is lost for those looking to do a stereo pairing for HomePod. Airfoil is a client on macOS and Windows that allows you to stream any content over AirPlay. With the tutorial found here, you can create a psuedo stereo pair for HomePod.

AirPlay 2 marks the first major revision to Apple’s proprietary system since it was introduced 7 years ago. Aside from HomePod features, AirPlay 2 will reduce latency. AirPlay 2 speakers will also appear in the Home app.

On the other hand, Apple never promised support for AirPlay 2 in iOS or tvOS 11.3, simply stating that it will be coming later this year. It’s possible that Apple added the feature in 11.3 to get feedback, but removed it due to having too many issues.