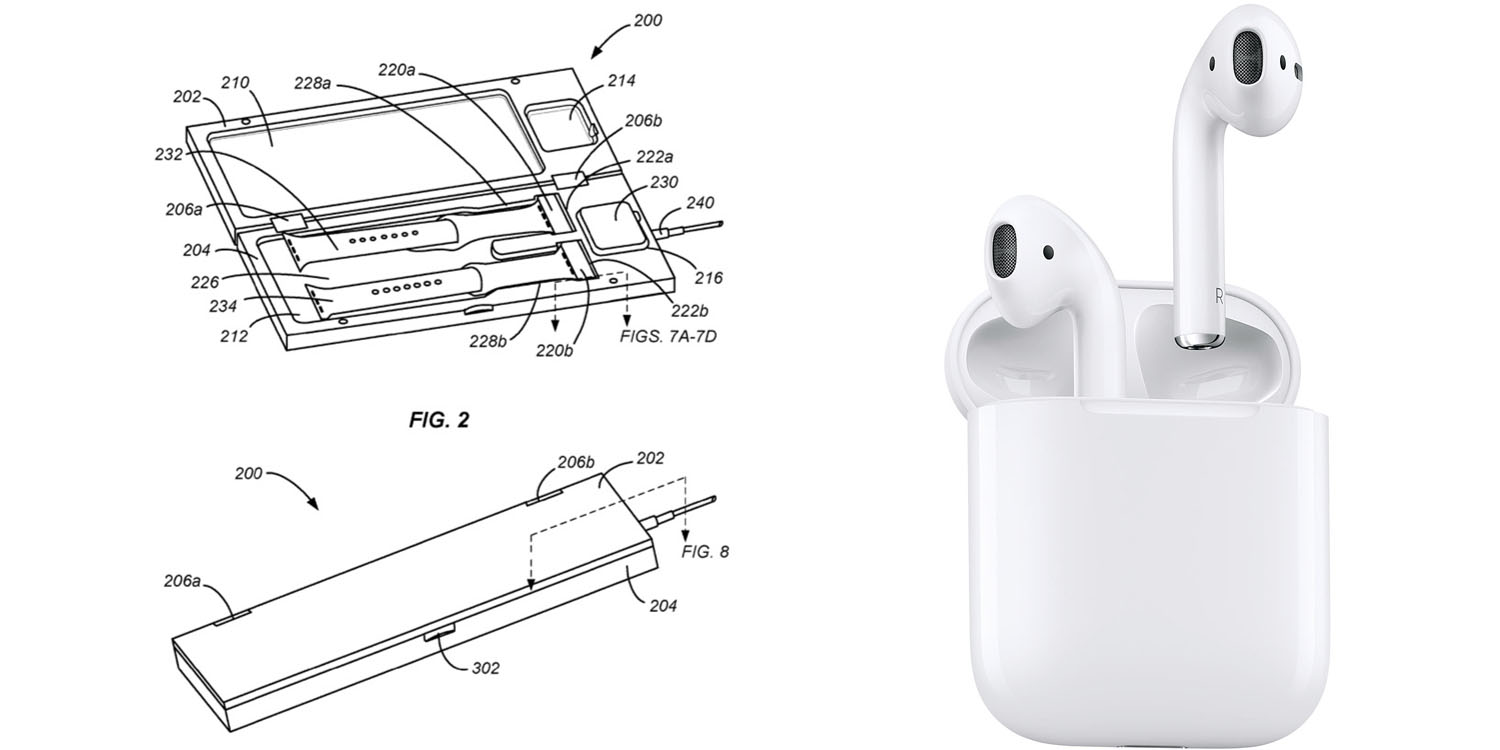 Apple has today been granted a patent for an Apple Watch charging carrying case which works like the AirPods case – providing somewhere to store the Watch when not in use, while simultaneously recharging it. The design is significantly different to that offered with the original $10k+ Apple Watch Edition.

While a charging case for a device typically worn all day might sound less useful than the AirPods case, it makes more sense when you read the details …

In addition to the Watch itself, the patent describes the case having room for additional bands, some of which might be powered.

So whether it’s a band designed simply to extend the battery-life of the Watch itself (something we’ve seen in both Apple patents and third-party product ideas), or a powered strap with additional sensors and gadgets, the case would recharge those too.

Additionally, a charging case might be more convenient than the puck when travelling, allowing an overnight charge without yet another thing to plug in overnight.

There are a number of third-party Apple Watch charging cases, some of which include battery-packs, others just a case for storing both the watch and the charging puck.