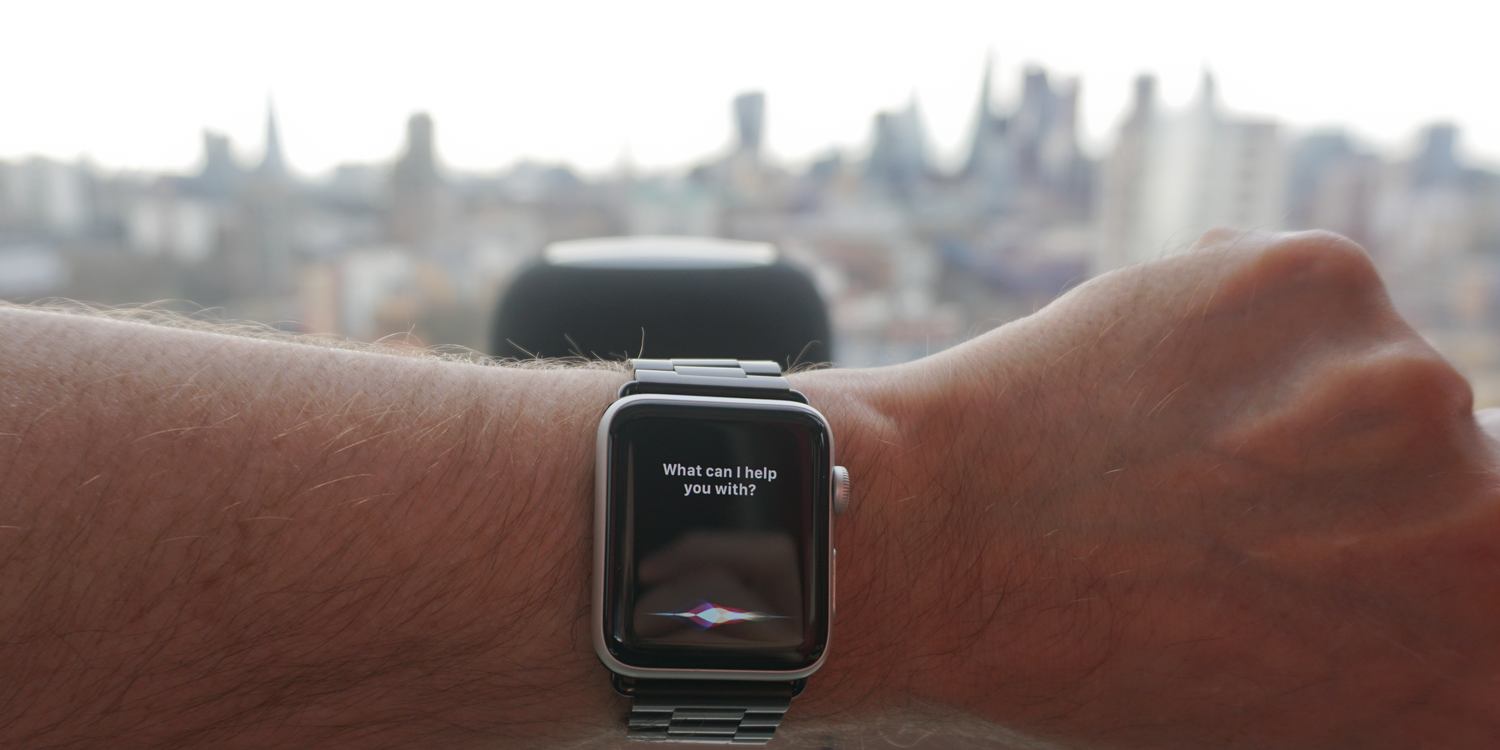 My experience with HomePod has so far been a very positive one, with its responsiveness to Siri requests something that’s really impressed me.

A key HomePod feature is its use of noise-cancelling microphones so that it can hear Hey Siri requests no matter how loudly the music is playing, but I’ve also been really amazed by the sheer distance at which Siri can hear me – often from one end of our apartment to the other.

But there is a downside to this …

And that is HomePod picking up almost all Hey Siri requests. That’s great most of the time, but there are situations where that doesn’t work.

For example, because Siri is tied to my Apple ID, it can’t handle ‘personal requests’ for my partner – so if she asks about her calendar, for example, HomePod will respond with mine.

There are other times when it’s more convenient to have another device handle a request. For example, if I set a timer due to go off after I’ve left home.

Conversely, there are times when my Watch will respond when I want HomePod to. For example, if I happen to be checking my Watch, that picks up Hey Siri requests because the screen is active.

Here’s what Apple has to say about how it all works.

When you say “Hey Siri” near multiple devices that support “Hey Siri,” the devices quickly communicate to each other using Bluetooth to determine which one should respond to the request. The device that heard you best or was recently raised will respond.

HomePod responds to most Siri requests, even if there are other devices that support “Hey Siri” nearby. If you want to use Siri on a specific device, raise to wake that device or press the button to use Siri, then make your request.

So HomePod is the default, otherwise it depends.

You can do as Apple suggests to direct Siri requests to a specific device, but having to pick it up or press a button defeats the whole point of Hey Siri. What I’d like is a choice of trigger phrases:

Hey Siri would work as now, while the other commands would trigger the named device.

This isn’t quite as simple a request as it might sound, because Apple uses a coprocessor to listen out for the Hey Siri trigger. The device itself is only woken when the coprocessor hears the phrase.

Adding in additional trigger phrases, then, would mean that Apple has to modify the coprocessor to listen for all the phrases. That’s potentially non-trivial – even though any given device would only need to listen for one additional phrase.

In theory, Apple could have ‘Hey’ be the trigger detected by the coprocessor, then wake devices to listen out for their device name for a second or two – but in practice a single syllable trigger phrase is unlikely to be sufficiently reliable.

It may be, then, that only new devices could be upgraded with new trigger phrases, with no way to upgrade existing ones. But that’s a problem that would work itself out over time – it would simply make this particular feature request one that Apple couldn’t respond to as quickly as it has in the past.

One side-note here: Apple takes the coprocessor approach to preserve battery power. As the HomePod is mains-powered, there isn’t the same constraint of having to use the coprocessor. It could potentially listen out for multiple phrases using its main processor. So maybe HomePod could remain the default, but it would then handoff to the appropriate device.

My colleague Benjamin suggested that other approaches to the timer problem would be possible. For example, you could use an instruction like ‘Hey Siri, set a timer on my iPhone for 10 minutes.’ Even if HomePod picked up the request initially, it would know where to direct it.

Or you could have timers in the cloud, so that if I set a timer on the HomePod and don’t cancel it when it goes off, HomePod directs it to the next device in the queue.

It’s possible that we could come up with intelligent rules to handle each situation, but my feeling is that could get very complicated, very quickly. Sticking to the timer example, am I setting this because I want to be alerted wherever I am, or because I’m putting something in the oven and want my partner to take it out when she gets home?

My view is it’s easier for me to know what I want than to expect my devices to figure it out – so specifying the device is the most reliable way to achieve it.

What are your views? Is it an issue you’ve experienced? Would you like the ability to specify the device, or do you think the devices themselves should have the smarts to figure it out for themselves? Please take our poll and share your thoughts in the comments.