Review: HomePod today, tomorrow, and beyond may not be the same smart speaker 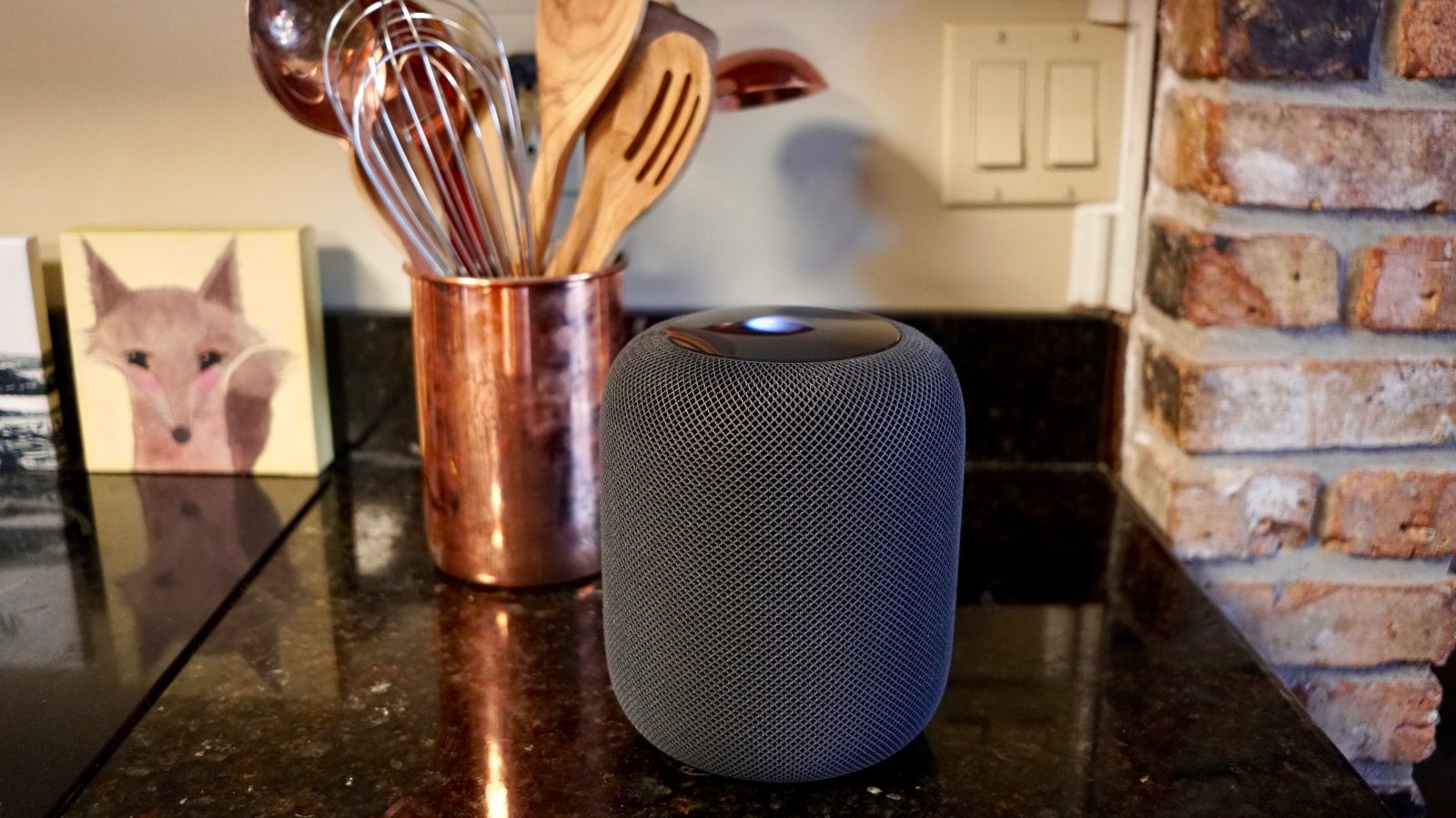 We are now one month out since HomePod was released, and I’ve been using Apple’s smart speaker every day since it launched. First on the road while traveling, then at home with a variety of other smart speakers.

My thoughts on HomePod have shifted over that period, but my key takeaway is this: HomePod is the best smart speaker for Apple Music subscribers in the Apple ecosystem, but the experience needs to evolve before it’s ready for the masses.

The bottom line for me is that I really enjoy using HomePod myself — for hours at a time every day — but I wouldn’t gift HomePod (or any other smart speaker) to a family member just yet. HomePod just isn’t that straightforward yet. Apple Watch crossed the family friendly threshold for me with version two, and AirPods were gift-worthy from day one for comparison.

HomePod instead feels more like the fourth generation Apple TV. That product debuted with new capabilities like Siri control and an app platform, but took a few software updates over several months to feel closer to complete with a proper remote app and basic features like dictating text in search boxes and app folders.

HomePod has a lot of that low hanging fruit just waiting to be picked — not to mention major feature additions that could dramatically improve the experience for mainstream customers — all without requiring new hardware.

HomePod today is a perfectly capable home music speaker for Apple Music or iTunes Match subscribers and iTunes Music Store customers. You simply can’t use voice to call up music acquired through Apple and fully control it on any other smart speaker, and HomePod’s sound quality is subjectively impressive for its size.

You can play Apple Music through Sonos speakers and use voice to manage volume and play/pause with the right configuration, but Apple only lets Siri control Apple Music and it isn’t putting Siri in third-party speakers today.

In terms of audio quality, I like the HomePod sound better than that of the cheaper Sonos Play:1 ($149) or voice-controlled Sonos One ($199) but HomePod ($349) doesn’t top the audio output of the pricier Sonos Play:5 ($499) for me. But I am a lot more likely to actually play my Apple Music library with HomePod than Sonos Play:5 because voice is a more convenient controller than an app.

Prior to HomePod, my home audio setup consisted of multiple Sonos Play:1 and Sonos One speakers, and a stereo pair of Sonos Play:5 speakers.

I considered keeping the Sonos system in place, especially the Sonos Play:5 stereo pair, using HomePod as the everyday speaker, and Sonos as the solution for when I really want to hear the best audio; but the difference for me is not great enough to warrant managing multiple systems, so the Sonos system is going and HomePod is staying — one in the kitchen which covers several rooms, and one in my office on the other side of my house.

A system like Sonos may be a better fit for Spotify users, but I’m not willing to give up voice-controlled music in the car or music streaming over cellular during runs with my Apple Watch. Other smart speakers also lack features that I appreciate like Apple Podcasts playback and HomeKit control.

HomePod is hands-down the best smart speaker for me, but that’s not to say HomePod lives up to its full potential yet. 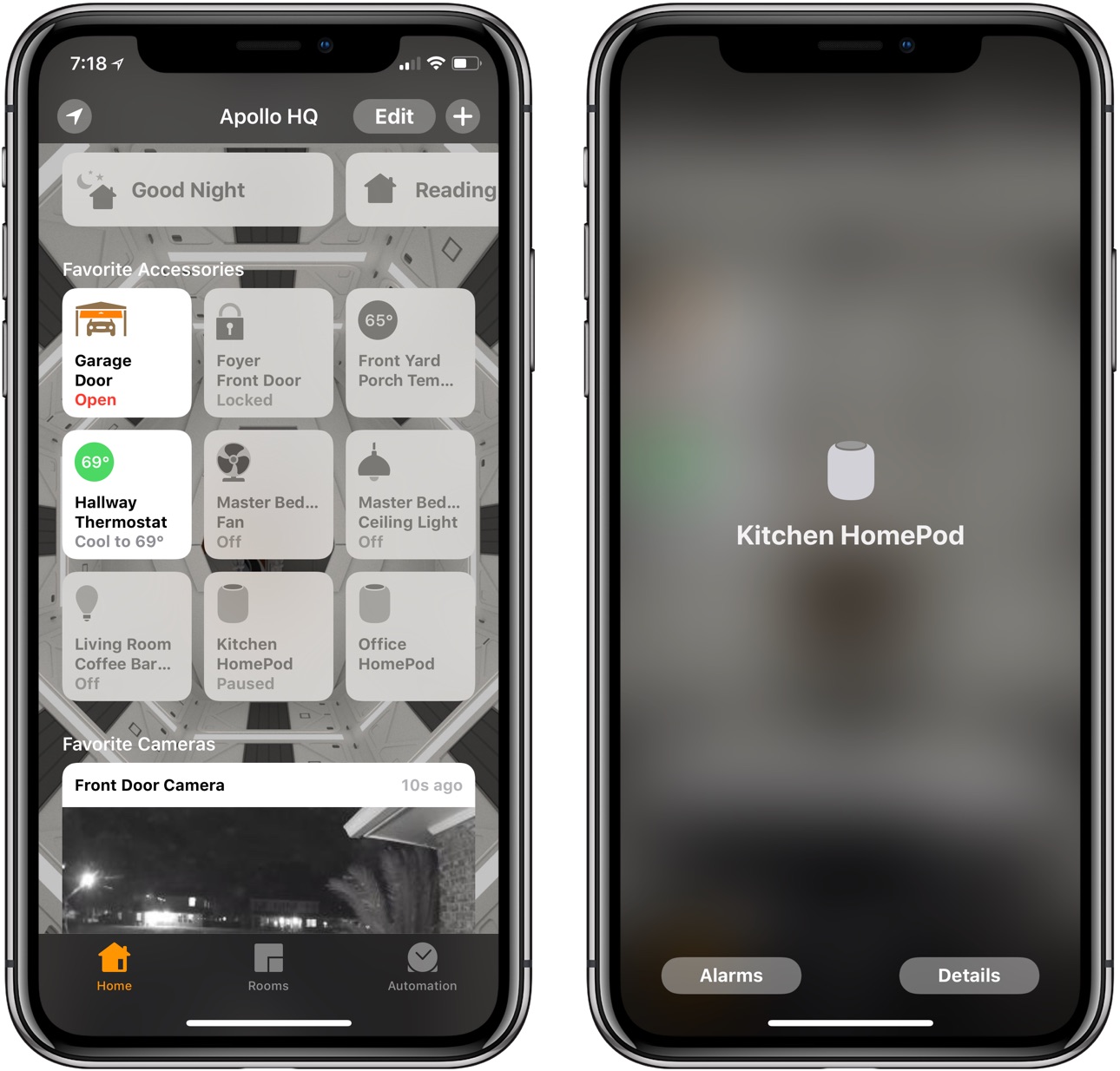 Plenty of initial reviews have been written about HomePod closer to its release — we rounded up the first wave here, newer ones include Jason Snell at Six Colors and Ryan Christoffel at MacStories, and Benjamin Mayo and I talked through our initial impressions for three hours on episode 160 of the 9to5Mac Happy Hour podcast — so I’ll attempt to be concise and not comprehensive here.

After a full month of use, I’m left with a few key impressions of what shines with HomePod and where its challenges exist. On the positive side:

AirPlay playback from iOS versus direct playback controlled from iOS

HomePod also has its challenges and limitations that you just can’t avoid today: 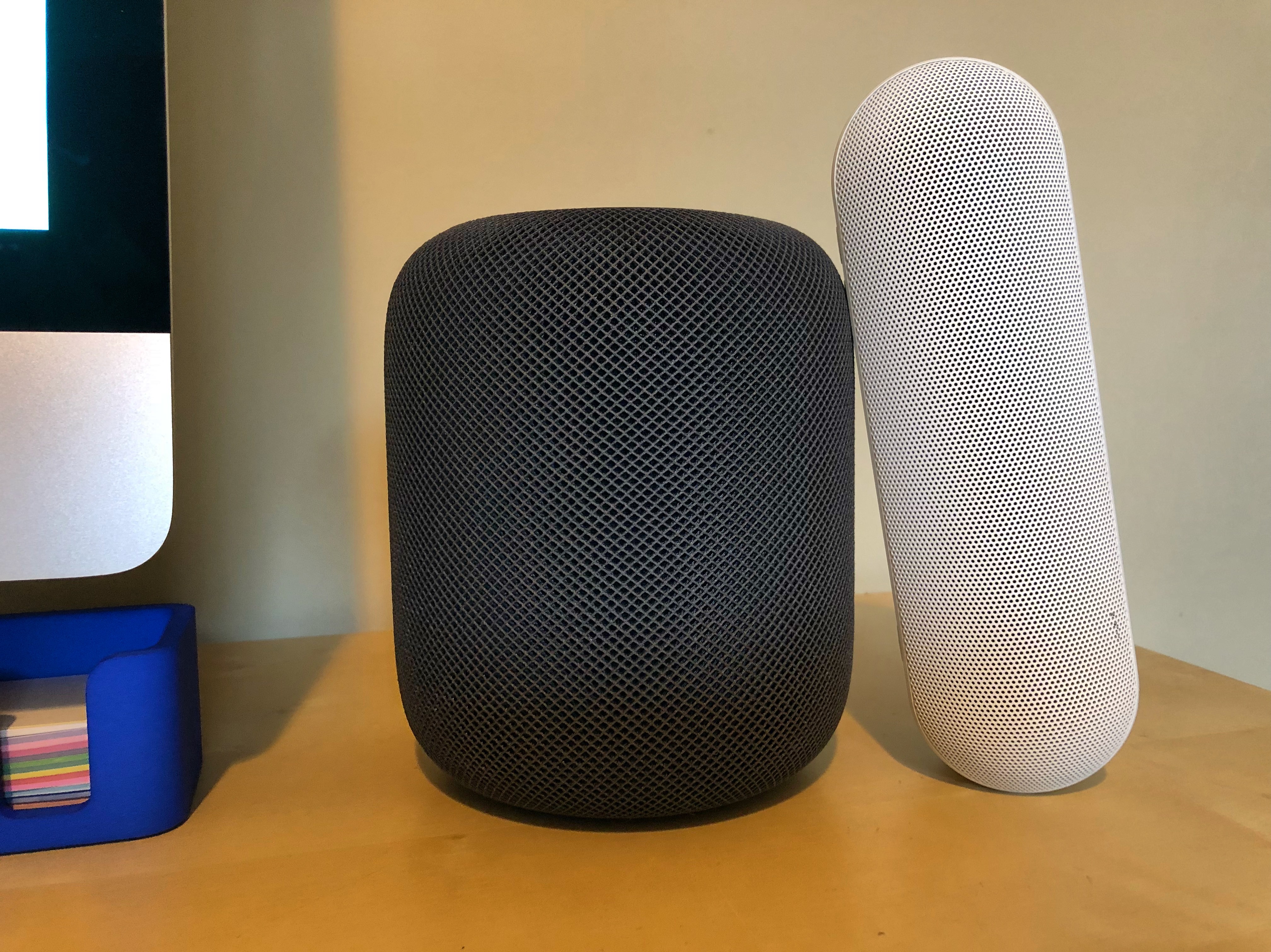 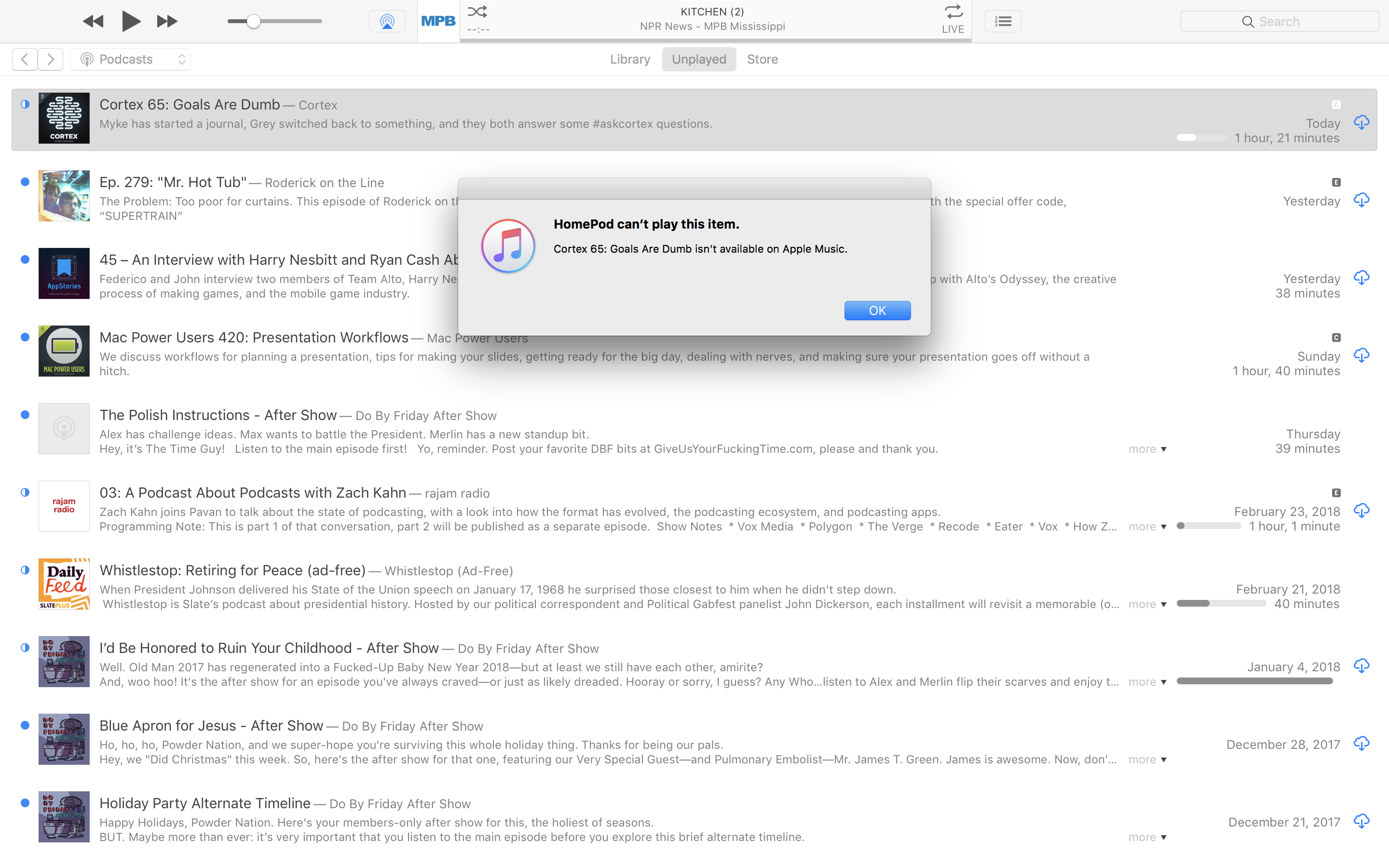 HomePod later this year should mature into a better smart speaker, but you should always buy technology based on what’s available today and not what’s promised in the future. Shipping performance could vary, and plans could always change.

With that being said, Apple promises two features that will benefit HomePod customers with two or more speakers sometime this year: stereo and AirPlay 2.

Stereo playback will let you pair two HomePods together in a left and right configuration (you can sort of hack this with AirPlay from iTunes today but you lose a lot of what makes HomePod smart) for doubling your sound output and having a more traditional stereo experience. 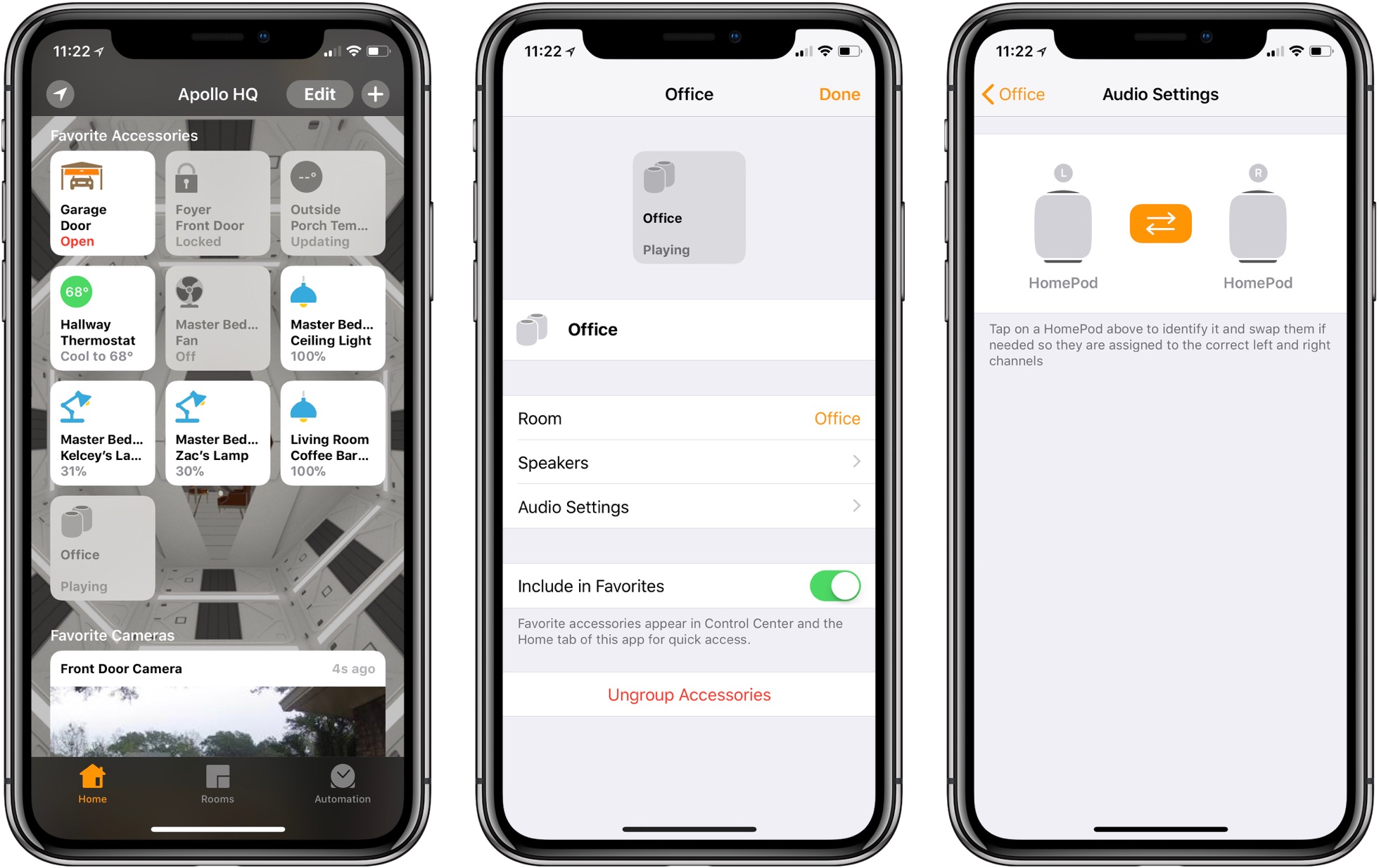 We can also reasonably expect that future software updates to HomePod will add bug fixes and improvements — and maybe even new features — but no promises.

While HomePod handles a limited skill set well today, there’s a lot of opportunity for new features that would dramatically improve the product in the future. People generally want more audio sources to be directly playable (like Spotify and Overcast) and more intelligence from Siri (like handling multiple, named timers), and both are totally valid requests.

But even if you’re like me and use all of the services Apple wants you to use for the best HomePod experience, there are still features left to be desired. One has to think that a lot of these requests must be on the roadmap after stereo and AirPlay 2.

For example, HomePod is managed in the Home app alongside HomeKit accessories and it acts as a HomeKit controller and hub for automations and remote access, but you can’t connect Apple Music to HomeKit scenes or automations.

Saying “Hey Siri, good morning” and having your lights turn on and a specific playlist or station play would be a major differentiator for HomePod compared to other smart speakers. 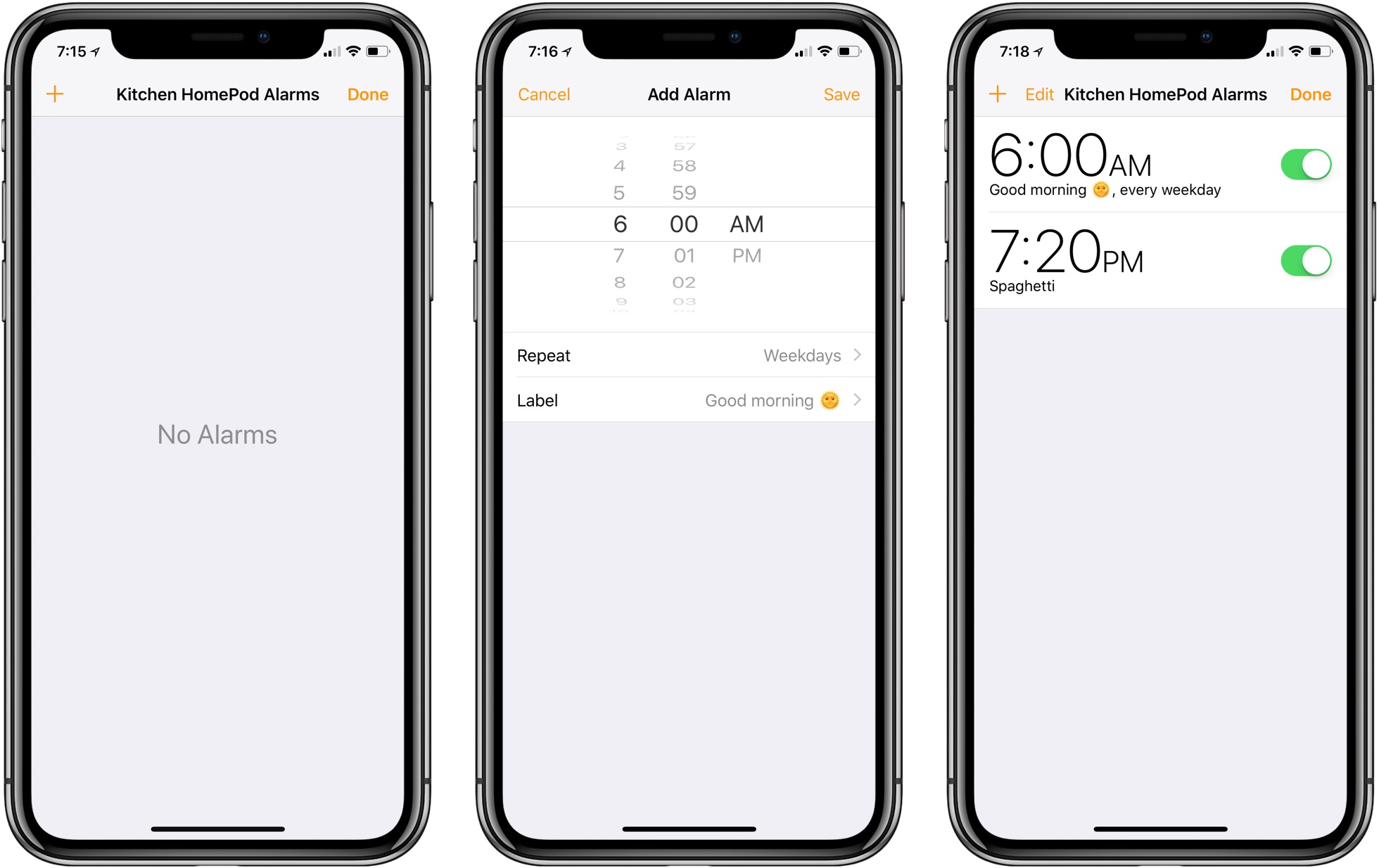 The ability to set a specific song (or playlist) as your alarm would also be welcome. HomePod can handle multiple named alarms, but they all use the same tone and can’t be customized with music, unlike iPhone.

As an aside, using the current implementation of alarms has become a game with HomePod and my five-year-old daughter. When you name an alarm, either through Siri or the Home app, HomePod will alert you with its alarm tone and read the alarm name aloud on repeat. My daughter asking Siri to set a “3 p.m. poo poo head alarm” that makes HomePod chime and say “poo poo head” on repeat is now just something I have to accept. 😂 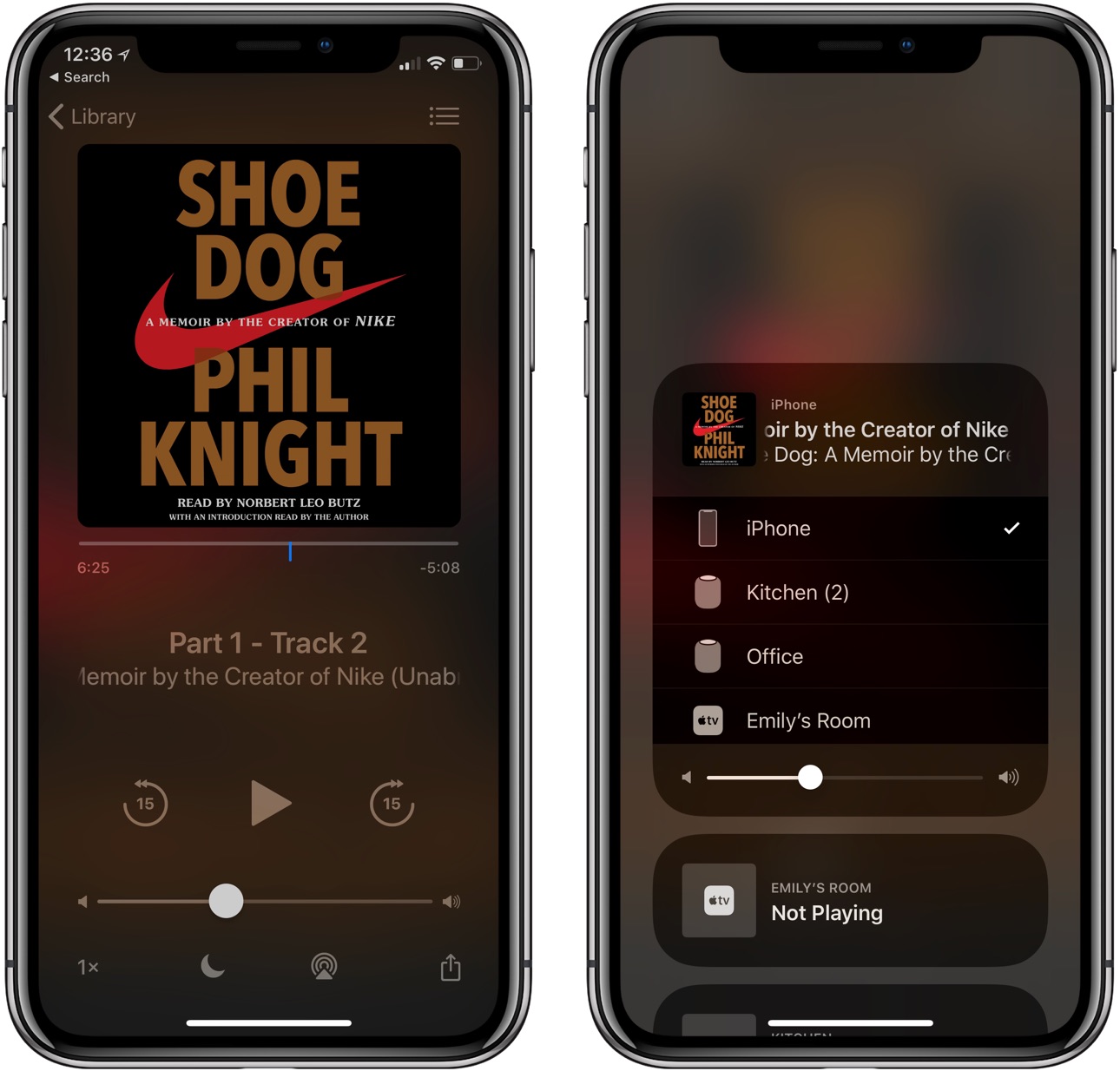 HomePod is great for Apple Music and Apple Podcasts playback, but it could be an excellent audiobook player too. Apple offers audiobooks through iBooks, but these currently do not sync play progress between devices and they can’t be streamed directly from HomePod. The current workaround for audiobook fans is to play an audiobook from the iPhone, then AirPlay it to HomePod. This works okay, but true audiobook playback should be on the roadmap. 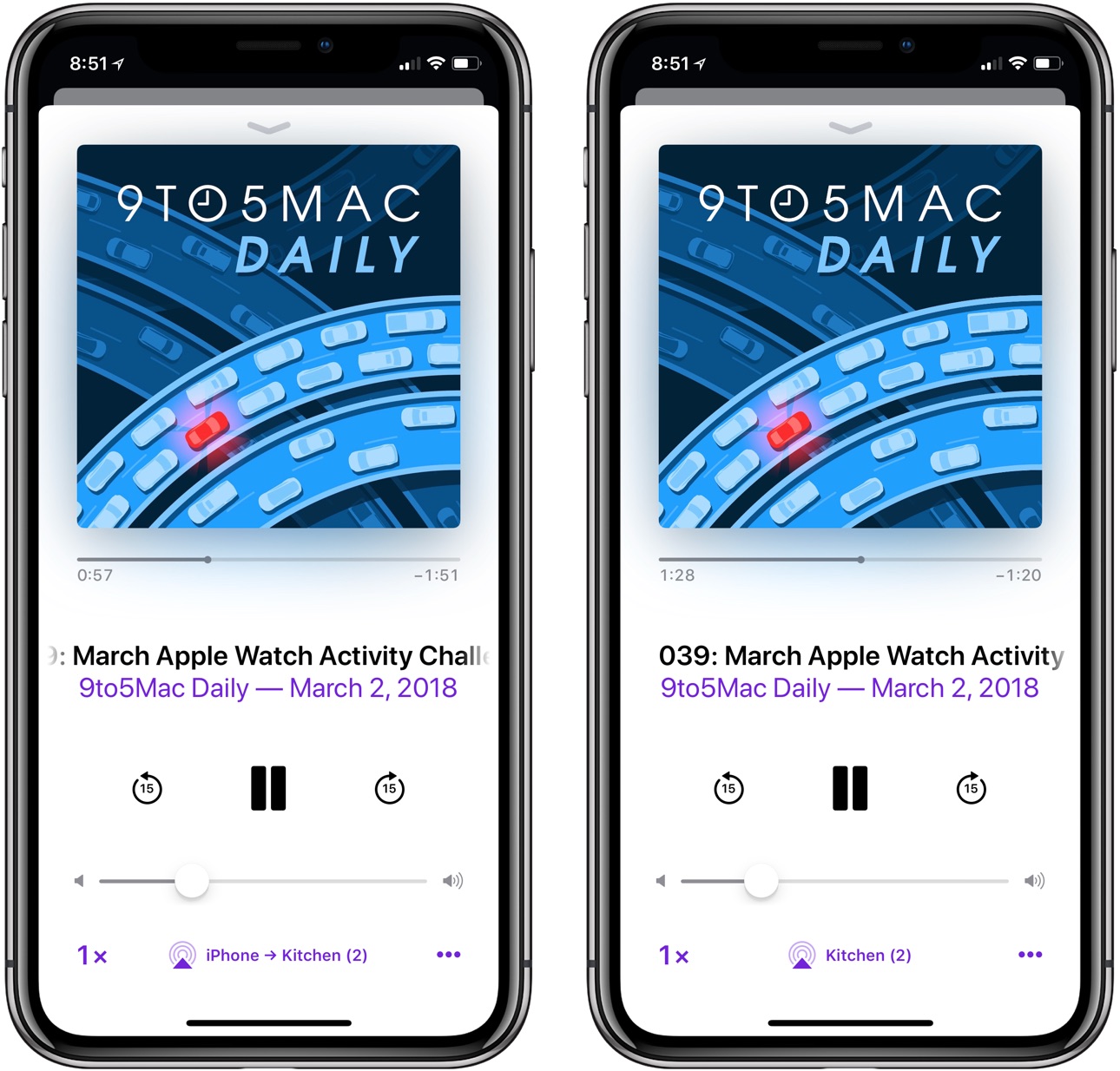 And finally, there’s one Amazon Alexa feature that I wish HomePod would steal: customizable daily recaps. For example, you can ask Alexa what’s up and be served your schedule, local weather, and a series of short audio sources like newscasts and podcasts that you select in the terrible Alexa app.

HomePod lets you ask for the weather and specific news categories separately, but you can’t create a whole rundown from one command.

For more on managing HomePod with iOS 11.2.5 today:

In closing, my hope for HomePod as a customer is that it is not the same smart speaker in a year’s time as it is today. There is plenty to love about HomePod today that Apple can build on, but my affinity for it today leans heavily on my optimism that Apple will build out features in the near future.

We already know about stereo and AirPlay 2 because they were promised on day one and are shipping late, but HomePod is a case where Apple could probably share future software plans for the product and actually benefit.

Not unlike my colleague Michael Steeber, I’m absolutely listening to way more music at home with HomePod now (and building a habit of using ‘Hey Siri’ on my iPhone outside of the home). That’s thanks to a combination of audio quality and convenience of calling up music with voice.

Now I hope to see HomePod match the intelligence of other smart speakers that are arguably inferior in terms of audio quality and access to Apple services so HomePod can be easier to recommend without explaining what it can’t do.