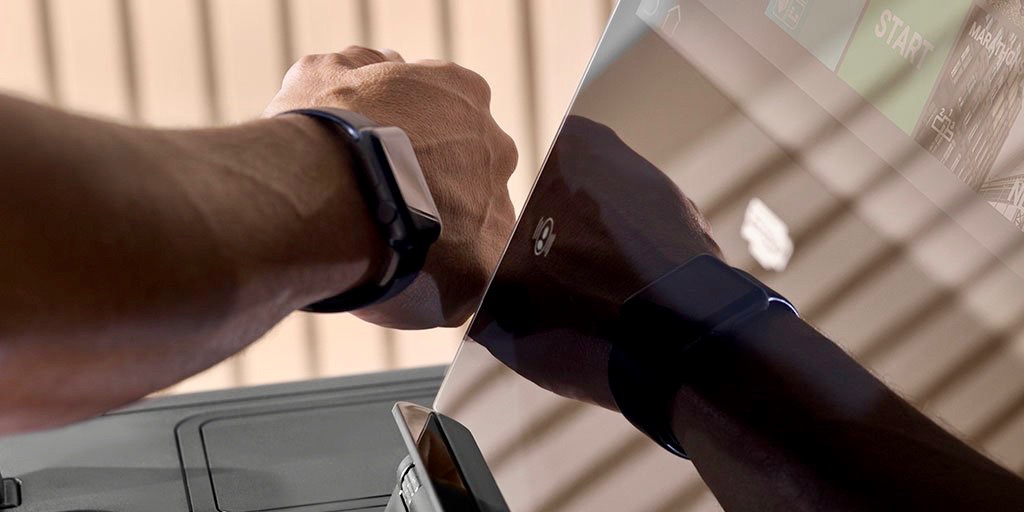 As part of the International Health, Racquet and Sportsclub Association’s annual conference, Technogym is touting a new number for how many Apple GymKit-enabled cardio machines the company has deployed: over 5000. GymKit lets users instantly sync workout data between fitness equipment and Apple Watch to provide the most accurate readings.

Technogym was first to debut workout equipment equipped with Apple GymKit back in November starting with a fitness club in Australia. Apple’s Jay Blahnik demonstrated how GymKit and Apple Watch work with compatible equipment.

GymKit popped up in the UK a few weeks later at the Virgin Active gym, followed by the US debut in New York City with the promise of more fitness clubs with GymKit equipment throughout 2018.

Technogym says it now offers GymKit support on a variety of machines:

Apple Watch users can now track their indoor exercise (at home or at their fitness center) by simply tapping their Apple Watch to Apple GymKit-enabled Technogym cardio equipment including treadmills, ellipticals, indoor bikes or stair steppers. In this groundbreaking innovation, data not previously communicated will sync seamlessly, including active and total calories, distance, speed, floors climbed, incline and pace, resulting in the most accurate measurements possible. Now when Apple Watch customers view metrics during their workout, the metrics on the Technogym equipment match what they see on their wrist.

It’s not totally clear if these machines with GymKit support are available to purchase by consumers as they suggest and which models are compatible. We’ve reached out to Technogym and will update if we hear back.

[Update: New details on which hardware works with GymKit here.]

The appeal of GymKit is the ability to easily capture your heart rate from Apple Watch and data like incline and speed from a treadmill to sync up the data and give you the most accurate data points in return like calories burned.

GymKit does this securely without storing your data on the workout machine after your session is over, and the initial pairing is initiated by waving your Apple Watch over GymKit-enabled machine.

Apple first unveiled GymKit in a preview back in June at WWDC 2017. The workout feature was officially introduced at the end of October as part of the watchOS 4.1 software update.

In addition to Technogym, other fitness equipment makers including LifeFitness, Cybex, Matrix, Schwinn, Star Trac, and StairMaster have all committed to supporting GymKit in the future.