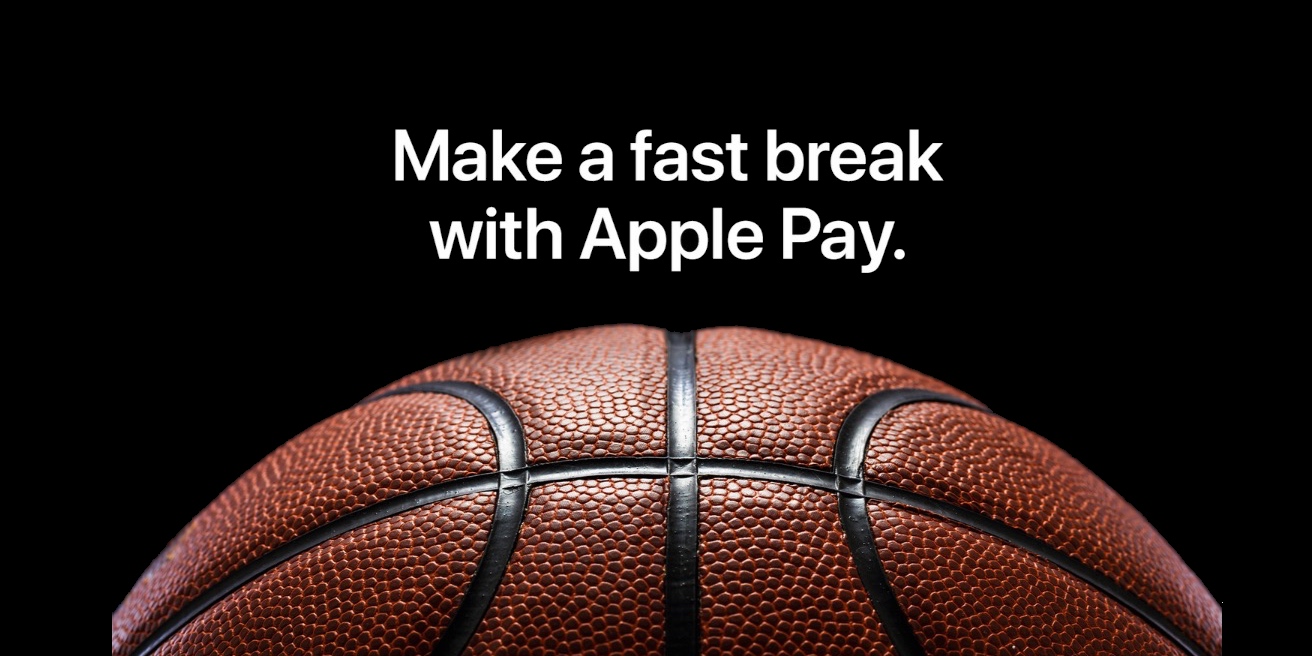 Sticking to the same as the previous giveaway, Apple has partnered with restaurant delivery apps to offer free delivery on meals ordered through Grubhub, Seamless and Eat24. Orders must be made through the website or the apps using promo code ‘HOOPS’ at checkout, and paid using Apple Pay of course. There are some strings attached though …

The March Madness themed promotion of course has some terms and conditions. The free delivery offer lasts from March 19 through April 2, or until $100,000 of delivery redemptions have been used. The promotion is also limited to 3 deliveries per diner and cannot be combined with other discounts.

Apple is advertising the offer in a newsletter sent out to Apple Pay users in the United States. As well as the free delivery promotion, the email directed users to checkout with Apple Pay at food chains like Pizza Hut and Subway, or buy some sneakers from the Nike and GOAT apps.  You may be noticing a bit of a trend here, as GOAT previously partnered with Apple Pay on a 30% off deal in January. 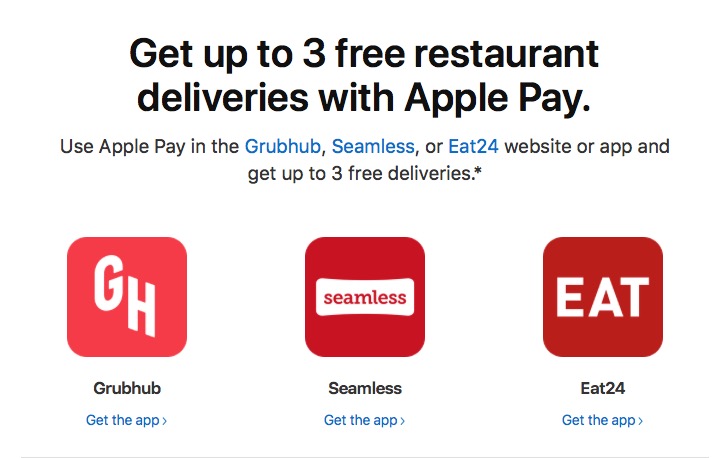 Down the line, it would be nice if these kind of promotions were closely integrated into the operating system rather than being disseminated in an email newsletter.

For instance, you can imagine checking out with one of these apps and it simply saying ‘use Apple Pay for 5% off’. Or looking for a restaurant in Apple Maps and the detail card including a notice that a discount is available for Apple Pay transactions.

For now, though, you have to remember to use a special promo code (in this case, ‘HOOPS’) at checkout as well as use Apple Pay to pay for the transaction.