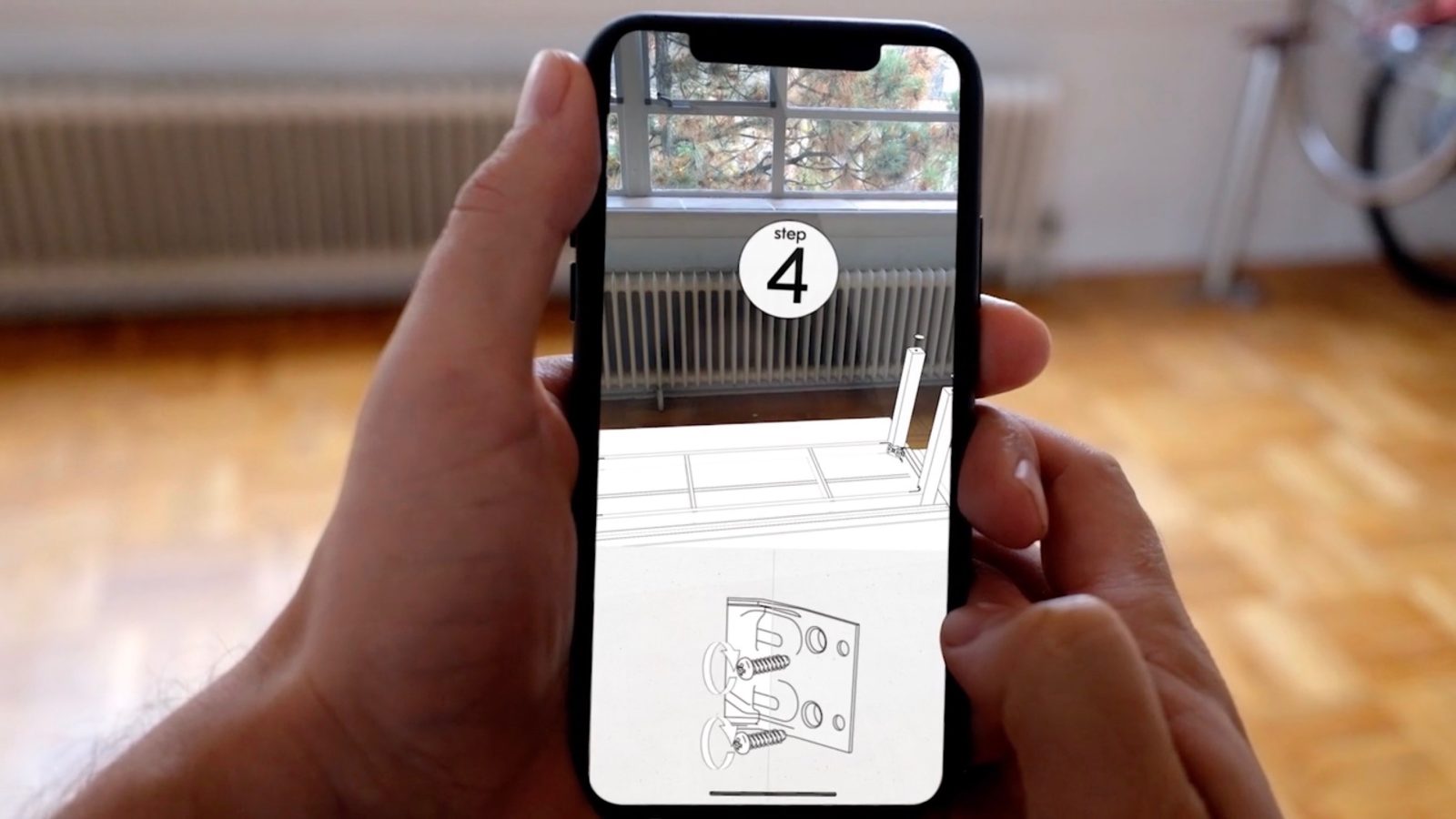 A new app concept gives us a look at how AR can be leveraged to create a better experience than using paper instruction manuals. Specifically, AssembleAR shows what it looks like to use AR to help put together IKEA furniture.

IKEA was one of Apple’s first partners to bring ARKit functionality into its iOS app to help customers envision furniture and products in their homes.

However, developer Adam Pickard wanted to take that a step further by seeing how AR could be helpful to assemble furniture and innovate how instruction manuals are used today.

Spotted by FastCo., Pickard says that struggling with putting together IKEA furniture has become a “common cliche”.

Even though the IKEA assembly manual is well-designed people often struggle with the self-assembly, so much so that its [sic] a common cliche. It can even be so bad that there are even professionals that can be hired to do it for you.

While this is a proof of concept for now, it might not be long before we see this or similar apps popping up soon.

Pickard notes that he designed the AssembleAR to retain the diagrams and layouts of the paper IKEA manual “but added animation and life-size reference that can help simplify the self-assembly process.”

While the app is demonstrated on an iPhone X, Pickard says that he used Adobe’s creative suite to produce it, with no mention of ARKit specifically. It would seem likely thought that if he officially launched this app, it would be built with ARKit.

What do you think? Would you find AR manuals like this helpful?