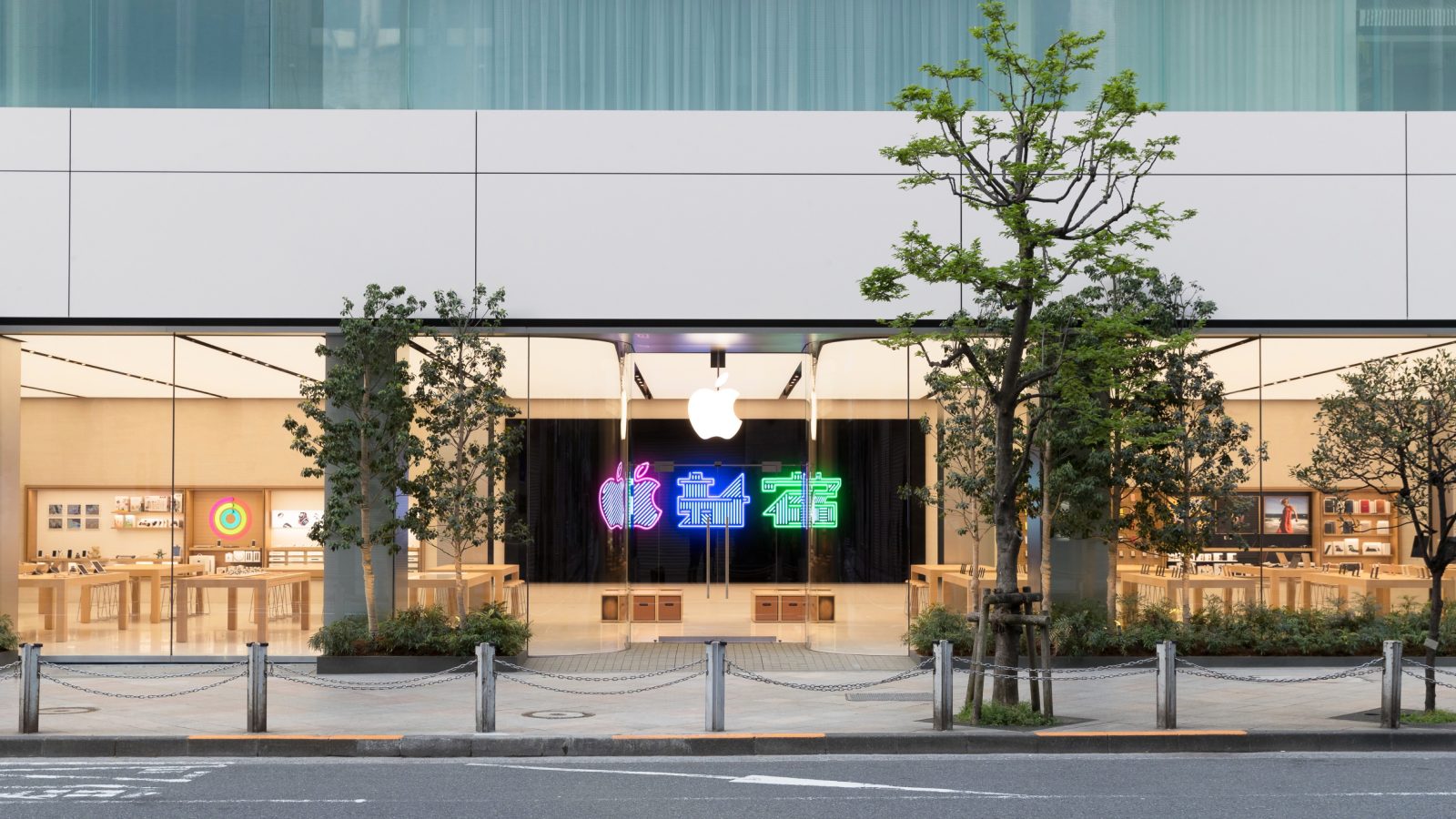 Coinciding with a media preview of Apple’s new retail store in Tokyo’s bustling Shinjuku shopping district, the company has shared new photos of the facility ahead of its 10 a.m. grand opening this coming Saturday.

We first learned that Apple Shinjuku was set to open on April 7th in March, when a neon-themed banner on Apple’s website announced the date. More recently, colorful and animated neon signage was placed on temporary window coverings outside the store. We collected photos and videos of the artwork in a gallery.

Several hours ago, the store’s window coverings fell to reveal the interior of Apple’s 8th full retail location in Japan. Complete with a 6K video wall, Forum area, Avenue displays, and curved glass walls reminiscent of Apple Michigan Avenue in Chicago, the storefront shines brightly on the streets of Tokyo.

In a press release, Apple’s SVP of retail Angela Ahrendts commented on the store:

“Apple has a long and special history in Japan, and Shinjuku marks the first of several new stores we’ll open in Japan in the coming years. We can’t wait to welcome the vibrant community in Shinjuku to experience all the best Apple has to offer.”

Notably, Apple Shinjuku is the company’s first store in Japan to fully embrace the modern store design that began rolling out a few years ago. Recently, Ahrendts teased the future of Apple retail in Japan, and two new unnamed stores were listed on Apple’s retail website as opening in 2018. Check out more photos of Apple Shinjuku below, and stay tuned for more Apple store news by following our retail guide.