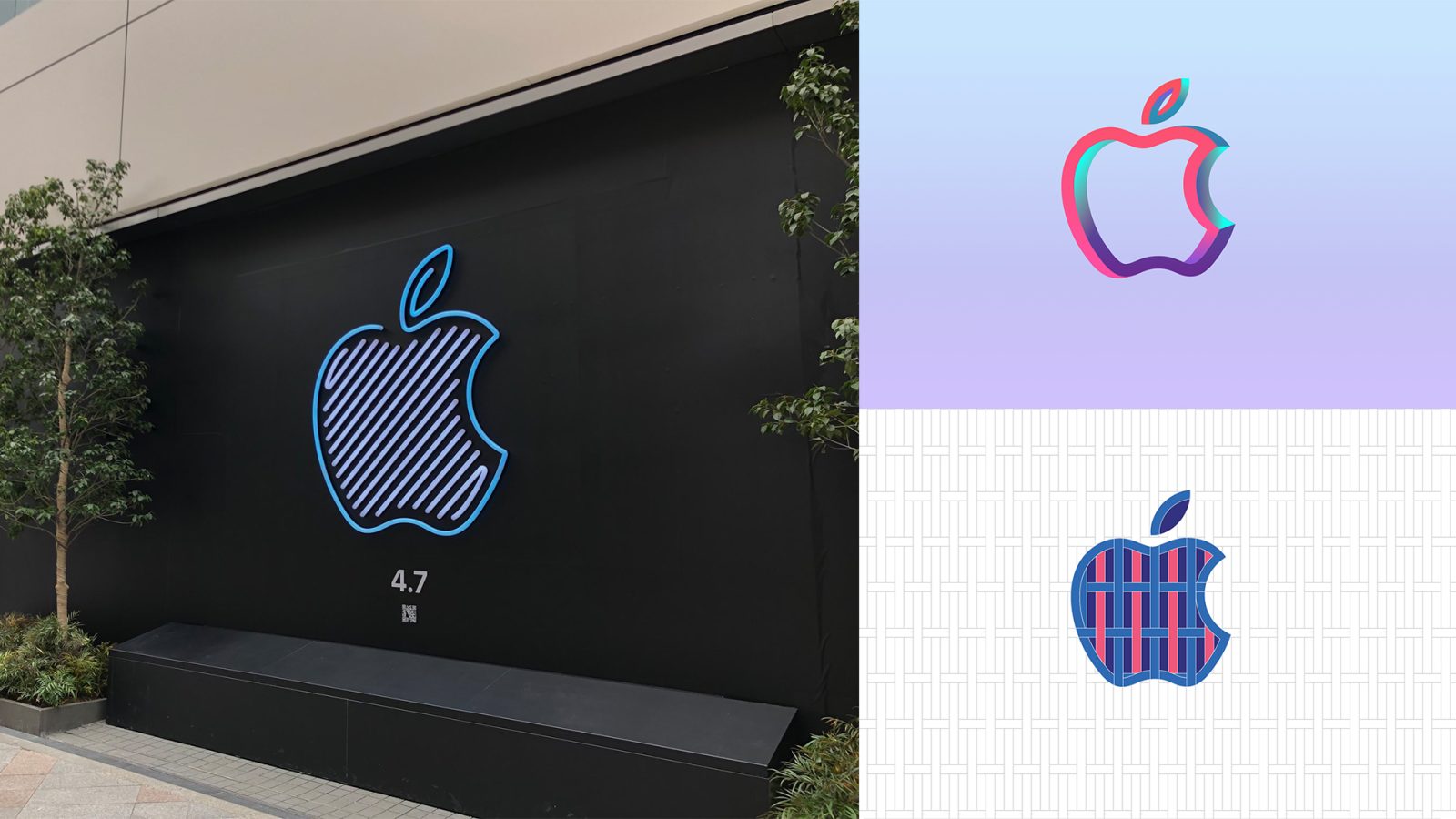 After revealing the location of a new retail store in Tokyo earlier this week, Apple is now promoting the grand opening of Apple Shinjuku with a new neon-themed video, signage, and promotional imagery on the company’s Japanese website.

In an interview yesterday with Nikkei, Apple’s retail head Angela Ahrendts reinforced the company’s dedication to expanding their brick-and-mortar presence in Japan in coming months and years. Apple will begin fulfilling their promise when they welcome customers in Shinjuku on April 7th. In a follow-up tweet today, Ahrendts said the new store kicks off a “major retail expansion” in the country.

On Monday we first saw photos of the store under wraps, covered both at street level and inside with large white tarps. Today, Apple removed the coverings and revealed unique teaser signage promoting the store’s grand opening. A lighted display on a temporary wall outside the store depicts Apple’s logo in neon, cycling through a rainbow of colors. Similar graphics are used on the store’s webpage. A QR code below the sign leads passersby to a video promoting the store. Apple brought native QR code scanning to the iPhone’s camera app last fall with iOS 11. The clip is embedded below:

Apple’s retail expansion in Japan has been highly anticipated by local residents, especially in the wake of last fall’s closure of Apple Shibuya, currently under renovation. Taking advantage of the public’s enthusiasm, Apple has begun promoting two additional store openings in Japan coming later in 2018. Unique graphics on Apple’s Japanese retail site show two stylized Apple logos with the text “Scheduled for 2018” below. Presumably, each new store’s graphical treatment will follow the styles depicted on the site.

Gizmodo Japan provides a close-up look at some of the Shinjuku store’s signage:

Follow along with 9to5Mac’s retail guide for more store coverage, where we’ll bring you photos of Apple Shinjuku on opening day.