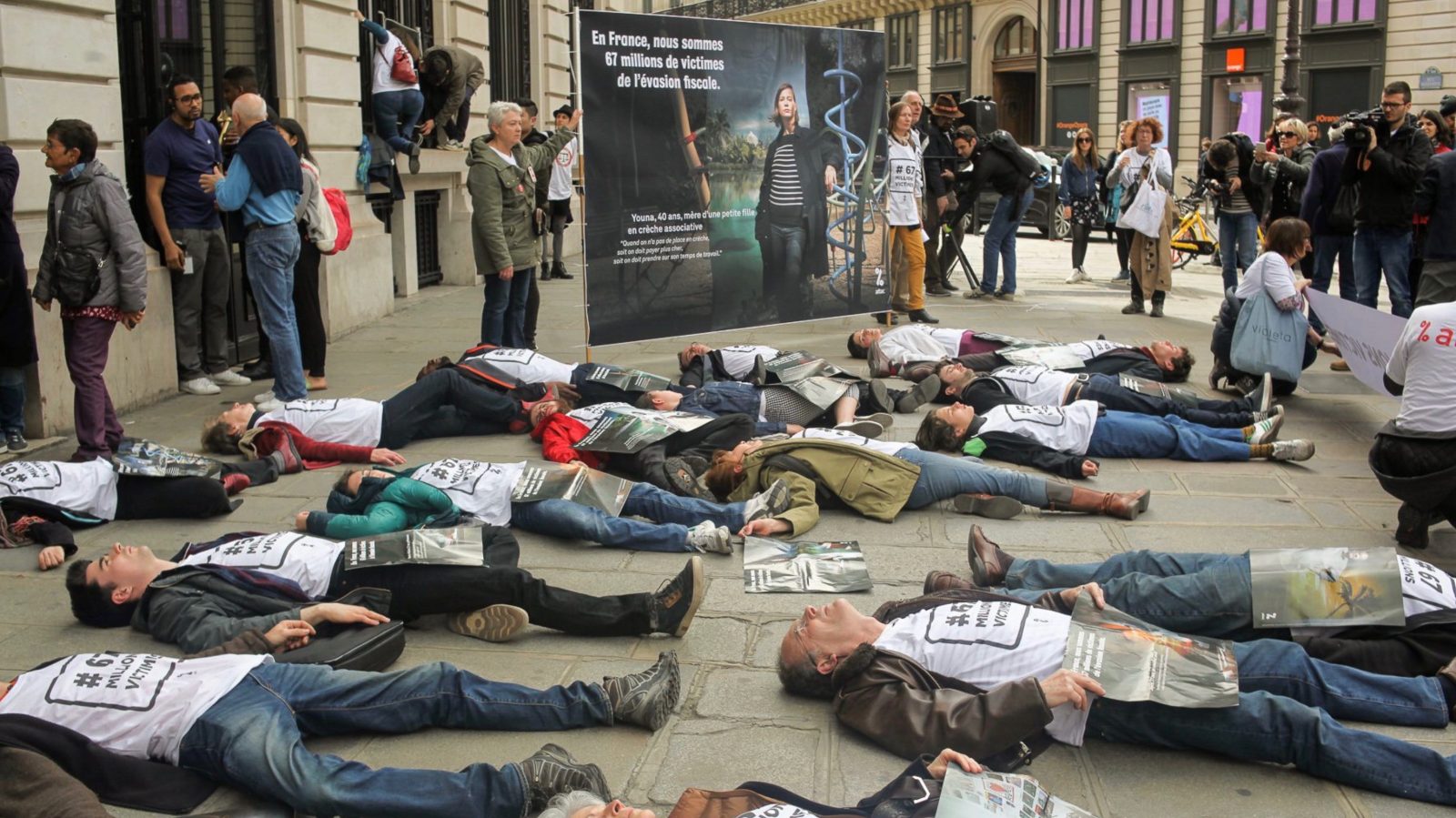 French activist group Attac is quickly making a name for itself by continually protesting at Apple Stores. The group this weekend is protesting at two Apple Stores in France, including the Opéra store in Paris and its Aix-en-Provence location, over Apple’s tax practices in Europe…

Back in January, Apple as went far as to sue Attac over its retail protests, claiming that its actions “put the security of our customers and employees at risk.” Ultimately, Apple lost the suit, paving the way for Attac to continue its fight.

This weekend, as reported by MacGeneration, Attac activists protested at Apple’s Opéra and Aix-en-Provence locations. The report says that roughly 70 activists attend protests at the former, while 45 protested at the latter.

Activists went as far as to stage a “die-in” in hopes of symbolizing “the victims of tax evasion.” As you can see in the above image, Attac activists laid flat on their backs both inside and outside the two Apple Stores.

The group takes issues with Apple’s tax practices throughout Europe, saying that whether legal or not, Apple is hurting economies, weakening public services, and plaguing democracies:

“Legal or not, tax evasion is a scourge that plagues our democracies, greatly worsens deficits and serves as an argument for the weakening of public services and social protection, ” says the association.

Their common point, according to Attac, is that they can not practice their profession or live with dignity because of the lack of funding related to tax optimization.

At the time of its lawsuit, Apple said that it respected the group’s right to protest, though Attac disagreed. The group called Apple’s suit ““an attempt to gag Attac and prevent us from holding new citizen actions to condemn tax evasion by multinationals.”

One of Attac’s most notable protests occurred on November 3rd, iPhone X launch day. The group dumped literal apples in front of the Aix-en-Provence Apple Store along with signs saying “Apple, pay your taxes.”

Apple has yet to respond to today’s protests.