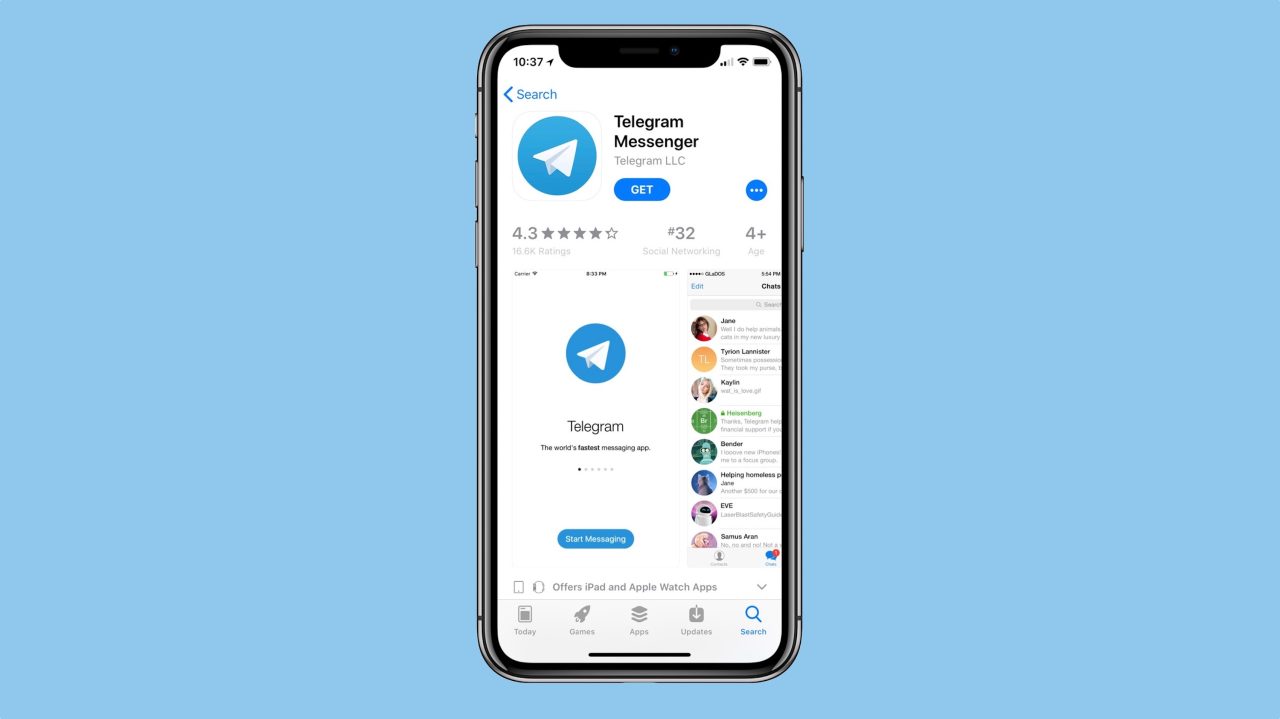 Russia has begun to block Telegram from operating in the country, after the developers refused to hand over encryption keys to the Russian government. The app has become a popular messaging app for users wanting to talk in private across Android and iOS.

However, a Moscow court ruled that Telegram does not comply with local legislation that federal security must be given access to user communications. Russia is now asking Apple to pull Telegram from the App Store …

The government is currently imposing IP bans on critical services that support the Telegram application. Existing users have found it is possible to circumvent the block by using a VPN.

The Russian administration is now taking the ban further by requesting that thee Telegram app be removed from the regional App Store, so people simply cannot download the app in the first place.

Telegram was actually founded in Russia, which has meant it has fallen under more scrutiny by Russian leaders than competing apps. However, many are worried that this is setting a strong precedent for the government to force out other encrypted messaging services.

For now, the Russian population can switch from Telegram to other encrypted messaging apps like WhatsApp or iMessage. Unlike those other services, some types of Telegram chats are not end-to-end encrypted. But the principles on which the ban was implemented would certainly hold for these services too. It is simply not possible to build an end-to-end encrypted messaging that gives a backdoor to government security agencies.

Some industry watchers see the Telegram as the first step towards blocking iMessage in the country. Telegram is currently appealing the ban as unconstitutional.