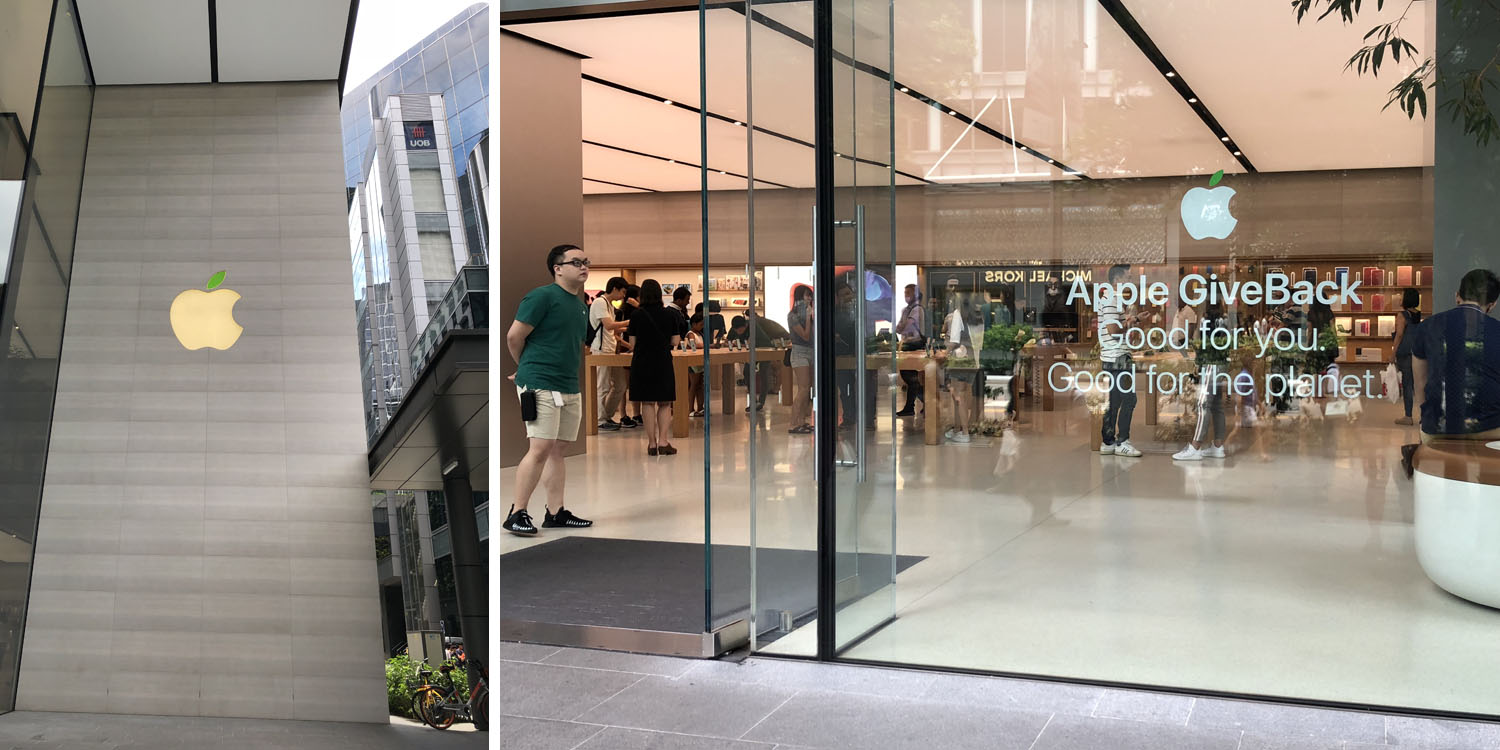 Earth Day is on Sunday – a day devoted to raising environmental awareness and expressing support for measures to protect the environment. Apple is doing its bit to raise awareness of the day by turning its store logos green and swapping out the usual blue t-shirts for green ones …

9to5Mac reader Stanford Chong kindly sent us the above photos from the first Apple Store in Singapore, on Orchard Road, and other stores around the world will be following suit.

In addition to the logo and shirt colors, the Signapore store also has a window sticker promoting its GiveBack program. For every device recycled through an Apple Store, Apple will be making a donation to the non-profit Conservation International.

Recycling of older iPhones is being assisted by a new-generation recycling robot, Daisy. Fittingly, Daisy itself is in part made from components recycled from the first-generation Liam robot.

Apple yesterday released its latest Environment Responsibility Report, in which it celebrates that it runs all of its operations on 100% renewable energy. The company also points out that it has been working to reduce power consumption in its products, as well as make packaging smaller and more environmentally friendly.

Earth Day was first celebrated in 1970, with a notable landmark in 2016 when the day was chosen for the signing of the Paris Agreement, in which 196 countries agreed to mitigate greenhouse gas emissions and take a variety of other measures designed to combat climate change.

If you have photos of your local store going green, please send them to the usual Tips address.