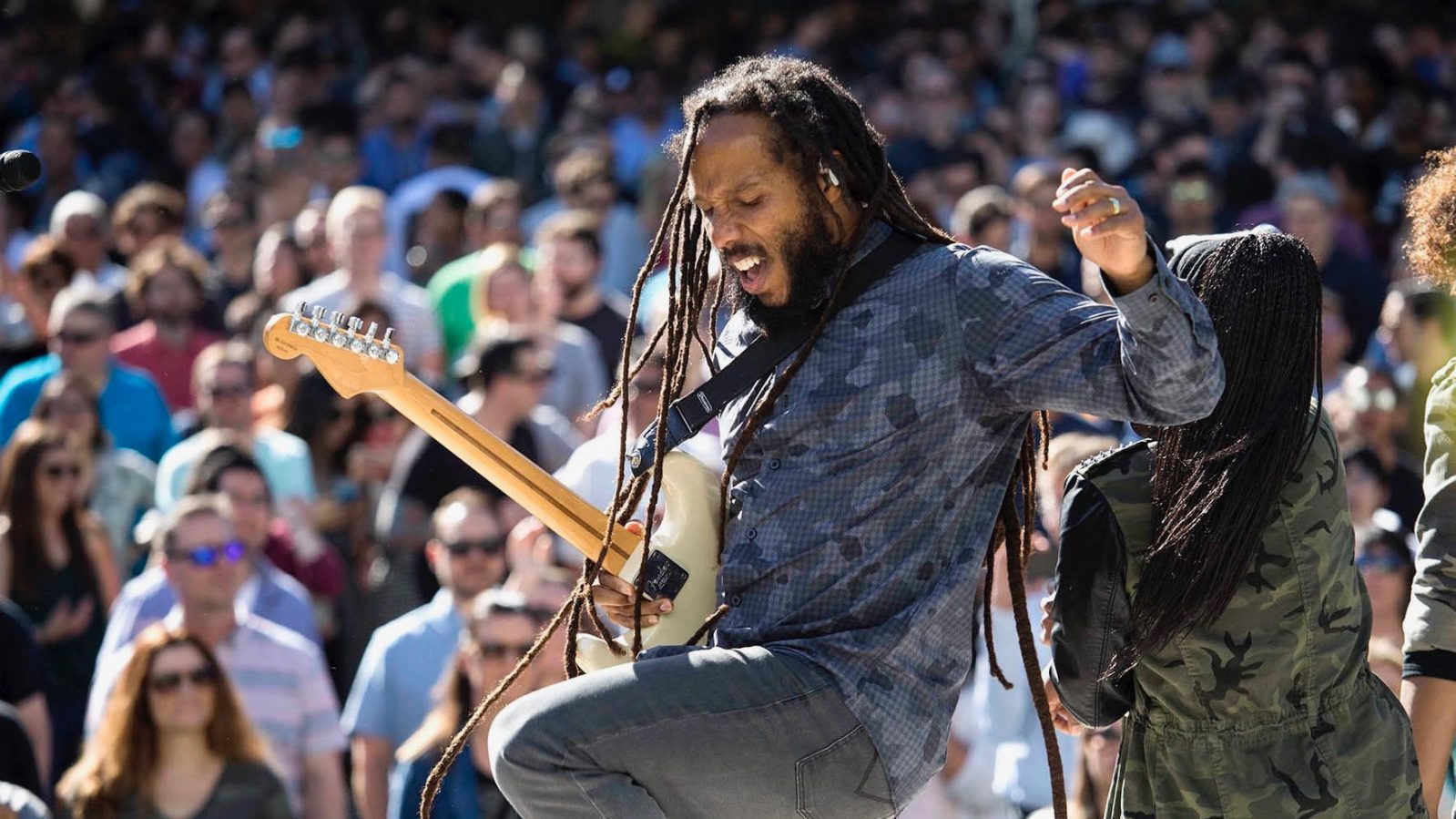 Apple got a head start on its Earth Day celebrations yesterday, holding a Beer Bash concert with reggae artist Ziggy Marley. As usual, employees took to Twitter to share pictures and videos from the event, as did Tim Cook…

Tim Cook called the performance “inspired” on Twitter, while environmental vice president Lisa Jackson also celebrated the performance with a tweet. In a separate post, Ziggy Marley praised Apple’s commitment to solar energy and the example that the company is setting for other companies around the world:

Give thanks @tim_cook for having us. We had a bag of fun today it was my first set fully powered by solar energy. thank you for the example you set for companies around the world. Apple is fully solar.

Interestingly, Apple continues to hold its employee concerts at the One Infinite Loop campus rather than Apple Park. At this point, it’s unclear when or if the company will move the Beer Bash festivities to Apple Park.

Check out more images from the concert below:

give thanks @tim_cook for having us .we had a bag of fun today it was my first set fully powered by solar energy. thank you for the example you set for companies around the world. #apple is fully solar. #earthday ✌🏾🌍 @ConservationOrg https://t.co/JwhIRInR3I

@apple’s Tim Cook welcomes @ziggymarley on stage to perform for their #Earthday celebrations at #Apple HQ in #Cupertino, which is now 100% powered by solar energy! We appreciate the example you set to other companies around the planet . give thanks for having us it was a lot… pic.twitter.com/1xuIUmF8Uv

My company had a 4/20 fest w Ziggy Marley at their headquarters :’)

It’s @ziggymarley performing at my office on 4/20. Not bad for a Friday afternoon at work. pic.twitter.com/08pdH2c4e5