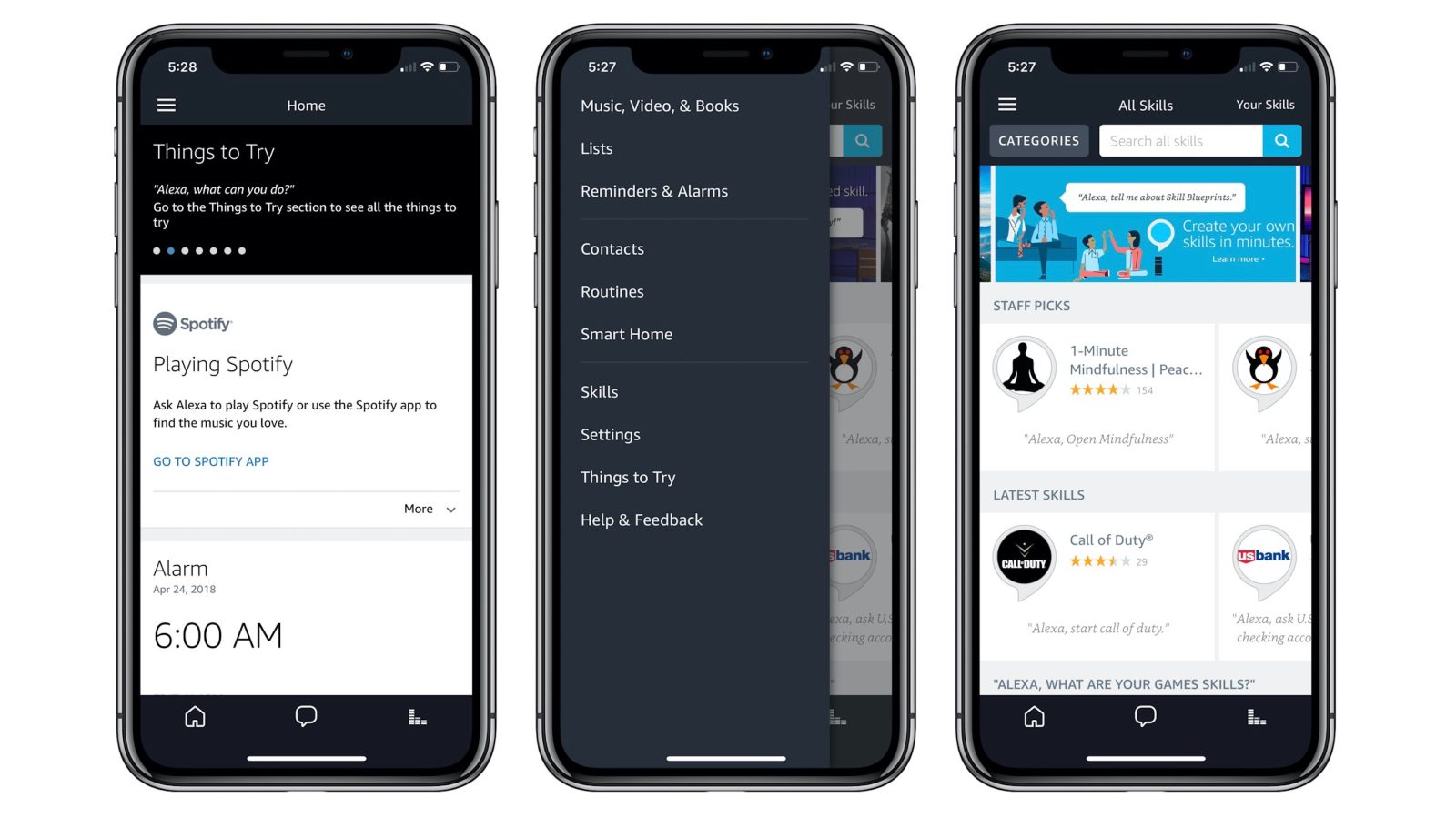 At long last, Amazon this evening has updated its Alexa app for iOS with support for the iPhone X. The update comes 6 months after the iPhone X’s release and has been highly anticipated by Amazon Alexa users…

With iPhone X support, the Amazon Alexa application now takes full advantage of the device’s 5.8-inch OLED display. The app now wraps around the notch and stretches all the way to the bottom of the screen. Previously, the app was letterboxed with black bars along the top and bottom.

Aside from iPhone X optimization, Amazon says the update includes various bug fixes and performance enhancements, though it doesn’t go into detail:

Developers have been slowly adding support for the iPhone X display since the device launched in November. For instance, Google has been updating its suite of applications over the last few months, some sooner than others, while the Chase Mobile app was updated last month.

Amazon Alexa, for those unfamiliar, is the app that allows iPhone users to interact with their various Alexa-enabled devices. The app is a free download on the App Store.