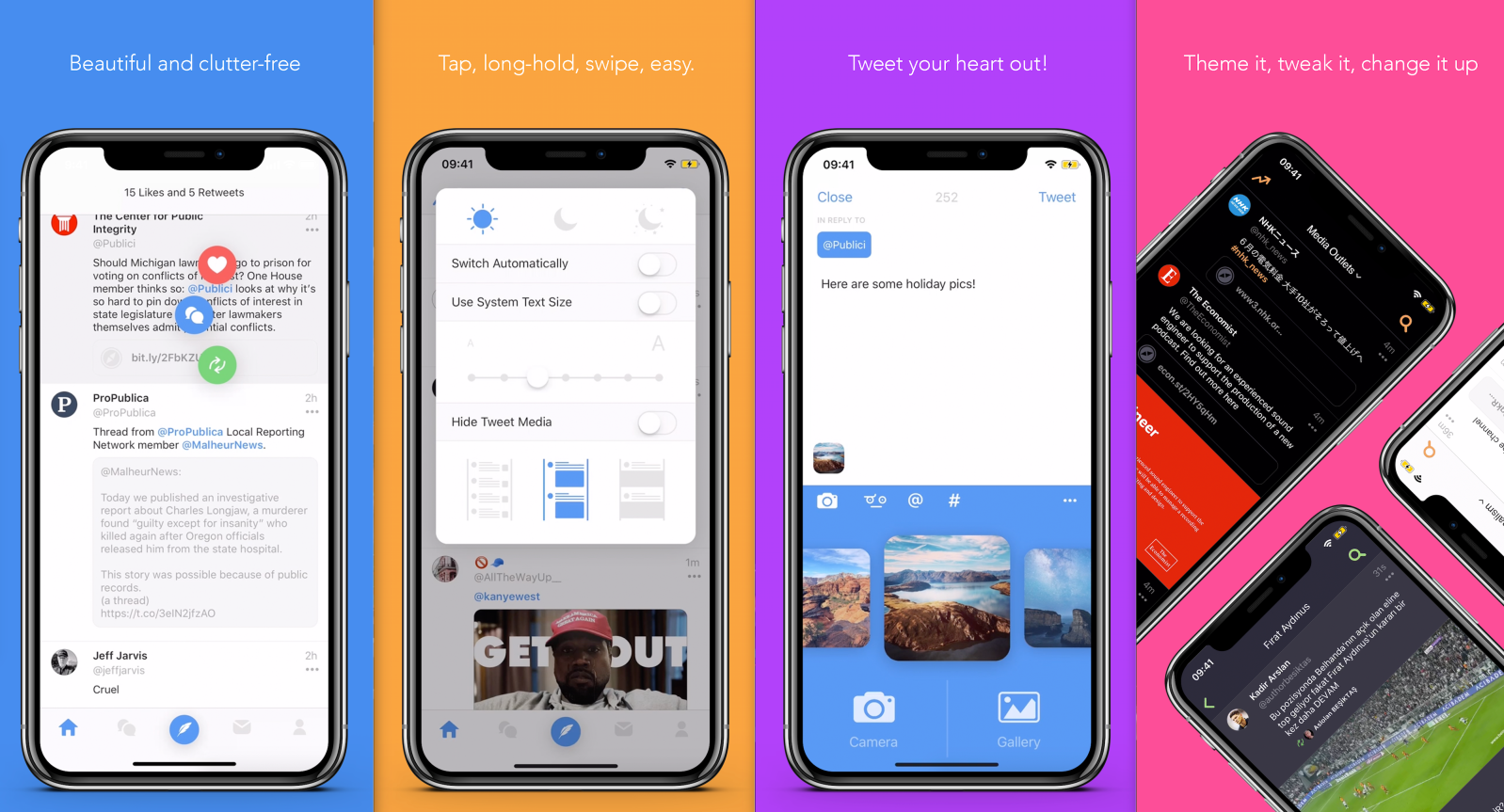 With the recent news about Twitter revoking tons of options for third-party clients, we were surprised when we heard that a new client is wanting to compete in the fairly saturated market.

In comes Flitter, a brand new option that is looking to be the feature rich, “one size fits all” Twitter client. From the beginning, the app has focused on the user experience and all the options we’ve been clamoring for from other third-party clients, while not being overly bloated or confusing.

While most of those features are included, some are still missing. Especially with the recent Twitter news about breaking alerts and streaming features, Flitter developer decided to remove those features entirely.

However, what it does offer is both an OLED and dark mode, the ability to edit tweets (deletes and starts new draft), supports keyboard haptics, on-the-fly tweet translations, Touch or Face ID, and more.

Things like syncing via Tweet Marker, and an Apple Watch app are notably missing. But the developer promises to continue supporting the app and will be adding these features and more in a future update.

The app is now up for preorder for an introductory $1.99 on the App Store, with a release on May 5.