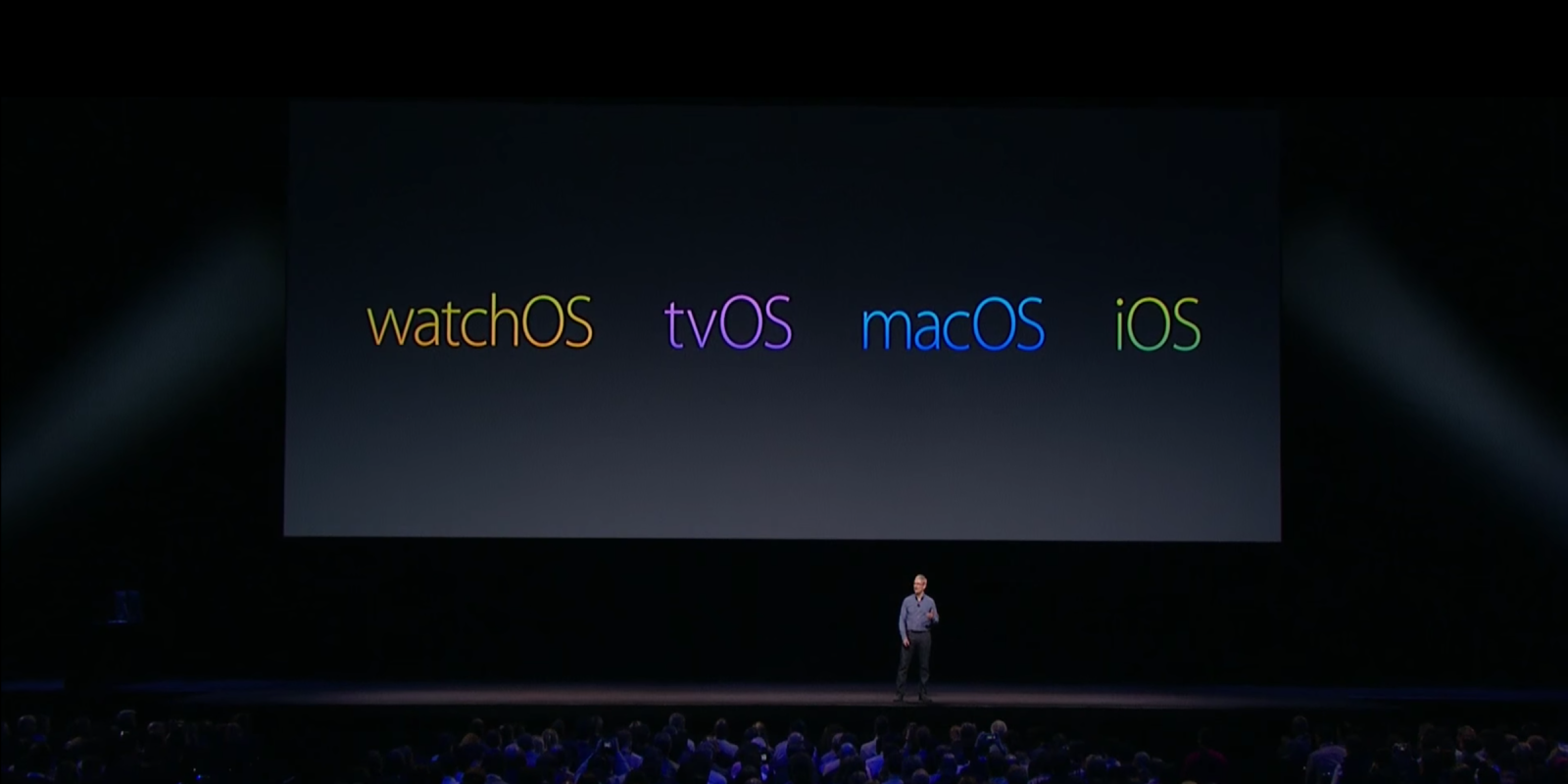 Ahead of WWDC, this is my top software wish-list, addressing the number one feature addition I’d like to see for each of Apple’s platforms; iOS, macOS, watchOS and tvOS.

These are just my personal picks, choosing just one thing per OS that I think I would appreciate the most for the iOS 12, macOS 10.14, watchOS 5 and tvOS 12 cycles.

WWDC is only a few weeks away at this point. Internally to Apple, the first betas of their operating systems are already frozen and ready for release after the June 4 keynote. The feature list has probably been locked down for months at this point.

Nevertheless, this isn’t a list of my top predictions — it’s wishes that I think are both targeted at specific areas and are also feasibly achievable. I started with a laundry list of requests for each OS, but I realised that choosing just one thing forces you to prioritise and really consider what you actually want. 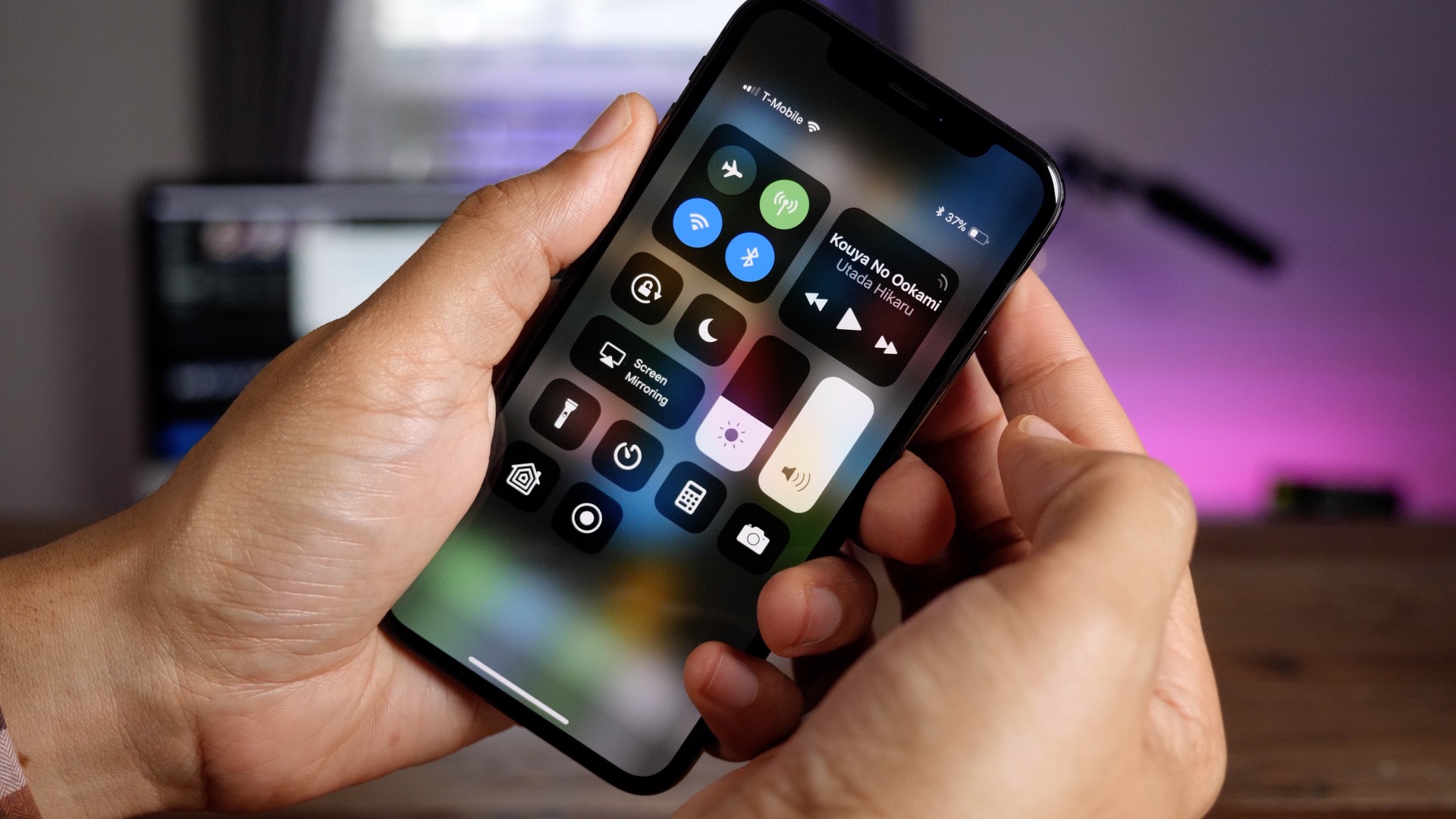 Control Center has gone through many revisions since it was introduced in iOS 7. With iOS 11, Apple made the biggest change yet by fully redesigning Control Center into a full-screen modal overlay — a collage of controls and toggle buttons. It also added customisability for the first time. With iOS 11, you can include or remove certain actions in the Control Center settings.

What I want to see in iOS 12 is an expansion of these features. Currently, you can only add, re-order, or remove the square buttons that sit at the bottom of the stack. You cannot freely move these toggles to a different place in the view, like moving Screen Recording from the bottom to the top of the screen.

Similar to editing the home screen, I imagine being able to put Control Center into a jiggle mode where you can drag around the various widgets freely. I’d also like the ability to choose whether a control should be in a collapsed or expanded state. For example, Home is just an icon in the iOS 11 Control Center by default. When you tap on it, it launches a modal view with quick access to favorite scenes and accessories. I want the ability to promote the Home icon to an expanded state permanently, similar to how the WiFi/cellular toggles and Music blocks are presented now.

The final part of comprehensive customisability would be the addition of an API for third-party apps to provide their own buttons and shortcuts for use in Control Center. Control Center is surprisingly useful even in its current state, but expanding the number of widgets available  would dramatically increase its utility.

Having recently set up smart HomeKit light dimmers in my living room, kitchen and dining area, improvements to the Apple Home and HomeKit experience are quickly rising on my personal list of frustrations.

Apple offers HomeKit on Apple TV through Siri, Siri voice control and a dedicated Home app on iPad and iPhone, as well as a companion Watch app. The obvious outlier …. is macOS.

Today, macOS has no Home app and Siri has no knowledge or awareness of HomeKit. The underlying HomeKit frameworks simply aren’t available in macOS High Sierra. It’s just stupid that if I’m working on my Mac in the living room, I have to reach for my phone to turn the ceiling lights off.

iOS 8 added HomeKit for developers, and added Siri voice control, but the Home app was not launched until iOS 10. In that two-year interim, third-party developers built user-facing client apps on top of the HomeKit frameworks.

None of these mitigations (or compromises, depending on your perspective) are available on the Mac. For macOS 10.14, ideally I want Apple to do it all; developer API access, a first-party Home app, and Siri support. If they only did the first bit, it would be okay — as third-party developers could fill in the gap — but ideally Apple would provide the full experience itself. Perhaps it could make its Home app for Mac using a certain set of cross-platform UI tools … 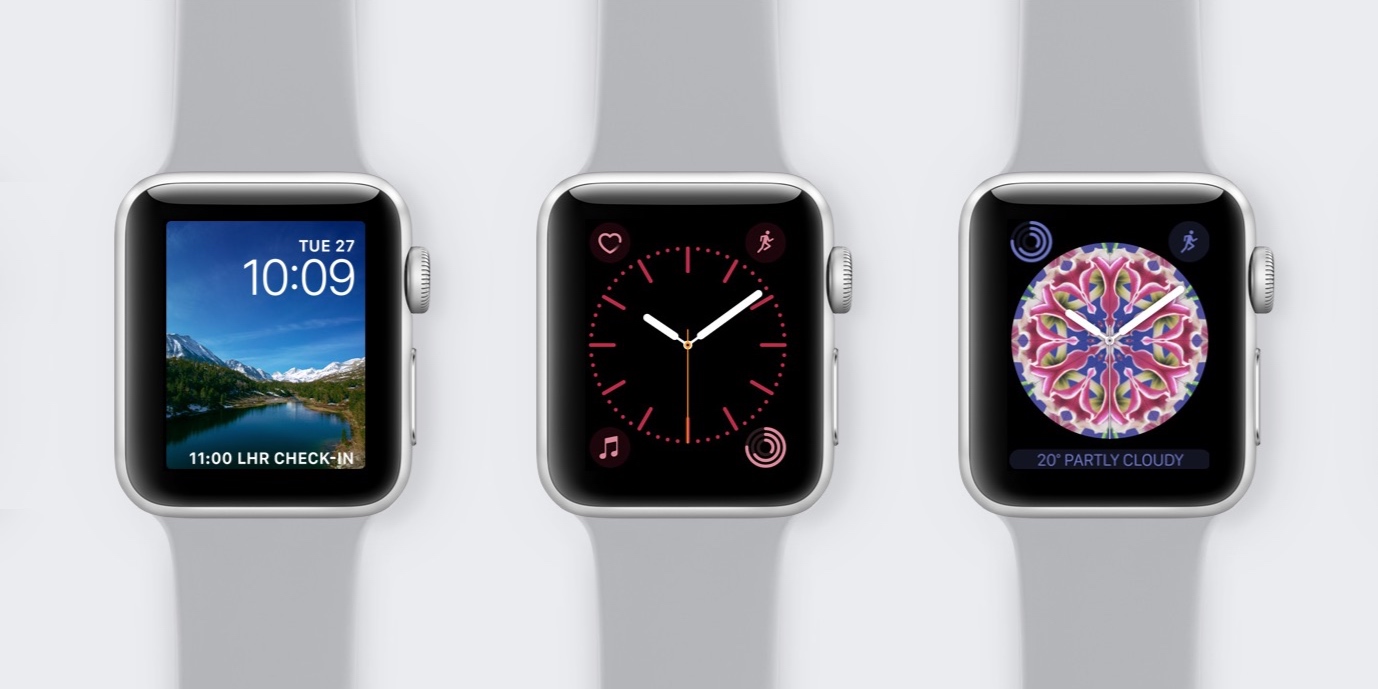 One of my most-appreciated software changes ever in the history of Apple Watch was the addition of the Numerals watch face. Before Numerals, and the Activity faces to a lesser extent, I was kind of stranded. I couldn’t fit a nice clock face that suited my 38mm watch. I would resort to the Extra Large face, which was so simplistic it felt like I was wasting the potential of the Apple Watch’s smarts.

Numerals made me enjoy the watch an awful lot more, a tasteful mix of utility and aesthetics. I expect the same is true for people who were drawn to the Activity rings watch faces, or the Explorer face on the LTE Watch.

I think you can see where this is going. Apple Watch would greatly benefit from expanding the selection of available watch faces. The best way to do this would be to add a fully fledged App Store just for faces. You would buy/download them in the Watch iPhone app, and then be able to access and customise them from the watch standalone.

Opening up the Watch home screen to customisation would be such a huge positive change. Apple would provide an SDK with a base set of components — like default hands for analogue faces — but developers would be free to do whatever they liked. Apple would use the same top charts and editorial features to highlight the best faces in the store for users to get.

The existing exclusive Nike and Hermès faces could become available to all through this new Watch Face Store, perhaps free for Nike and Hermès watch owners and a paid download for everyone else. 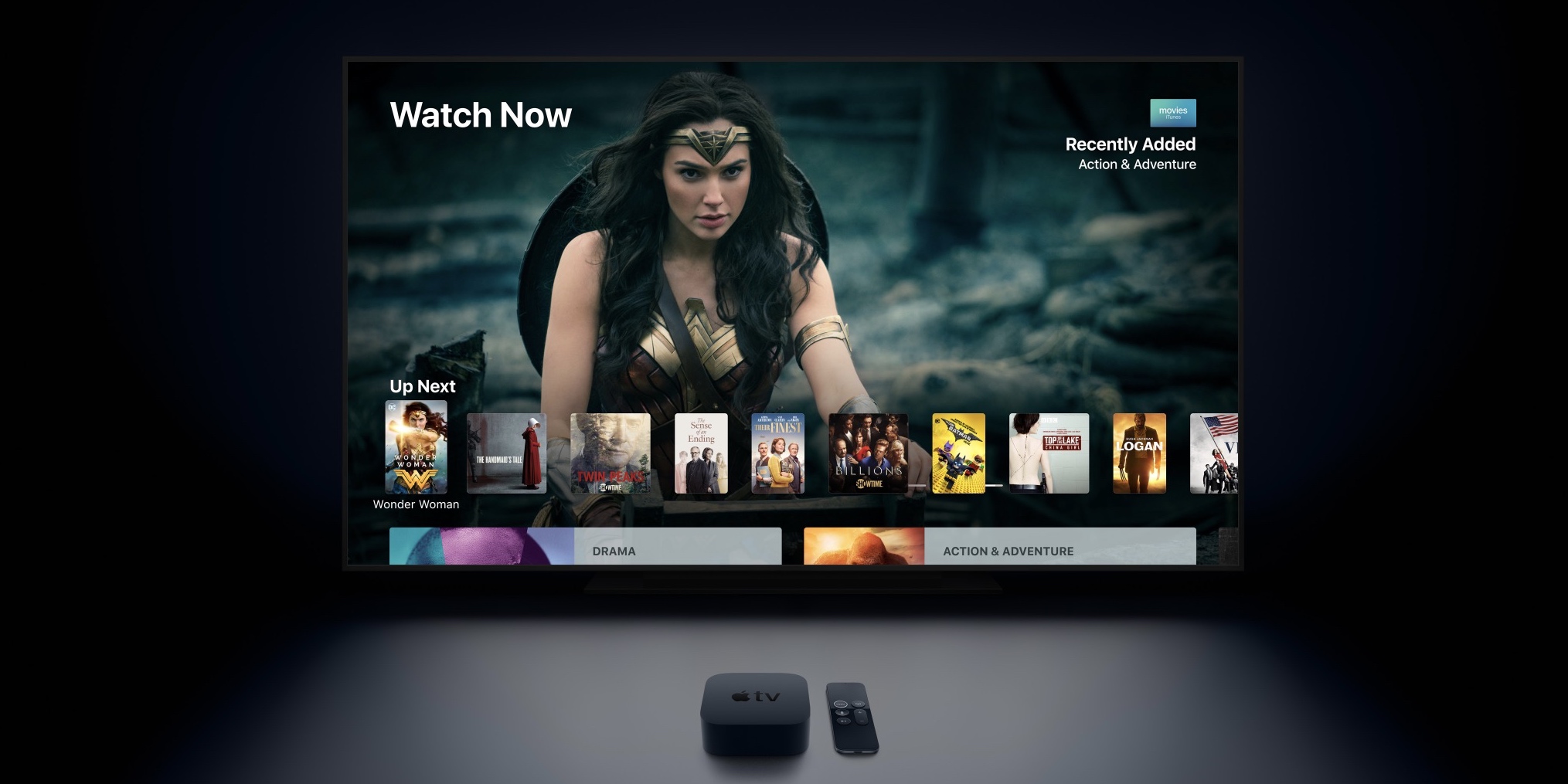 I’m not expecting major changes to tvOS this year, but the point of this post is to dream. I would love for Apple to address the discrepancy between the Apple TV’s form factor as a shared set-top box versus its software capabilities.

As it stands with tvOS 11, you can log in with a single Apple ID for iCloud, a single account for App Store and iTunes purchases, and another for Game Center. This just doesn’t scale for a product that is used by multiple people in the family.

It’d be nice if you could have multiple profiles for things like custom home screen layouts, but it becomes a critical shortcoming when you look at something like the TV app. The ‘Watch Now’ queue breaks down when you have more than one person in the home using the Apple TV. Everyone’s currently watched shows are mangled into a single list, and only sync with one person’s iPhone and iPad — the devices that are associated with the signed-in iCloud account. The same problem arises with Apple Music profiles.

What tvOS needs is some concept of user accounts, where you can sit down and select your own personal profile. This would log in to your personal set of apps and content, and would personalise what you see inside things like the TV app. Third-party apps like Netflix and Hulu implement user profiles at the app level. A corresponding developer API would enable this functionality to be lifted to a system level, with an integrated UI on the home screen for changing between accounts.

That’s what I want most; I can’t wait for WWDC to kick off on June 4 to see how much stuff we get. Assuming Apple follows tradition, the first betas of iOS 12, macOS 10.4, watchOS 5 and tvOS 12 will be released after the keynote ends so we can get our hands on everything new.

Even in a year that will likely have more of a focus on foundational changes and general stability improvements, I’m pretty sure Apple will still have plenty of new user features in the wings. I’d also love to see some dramatic improvements to Siri and HomePod, but currently Apple doesn’t have a dedicated software platform for HomePod so ….

Let us know what you are most looking forward to from WWDC’s software announcements in the comments.