Logitech Crayon for iPad now available to schools, half price of Apple Pencil 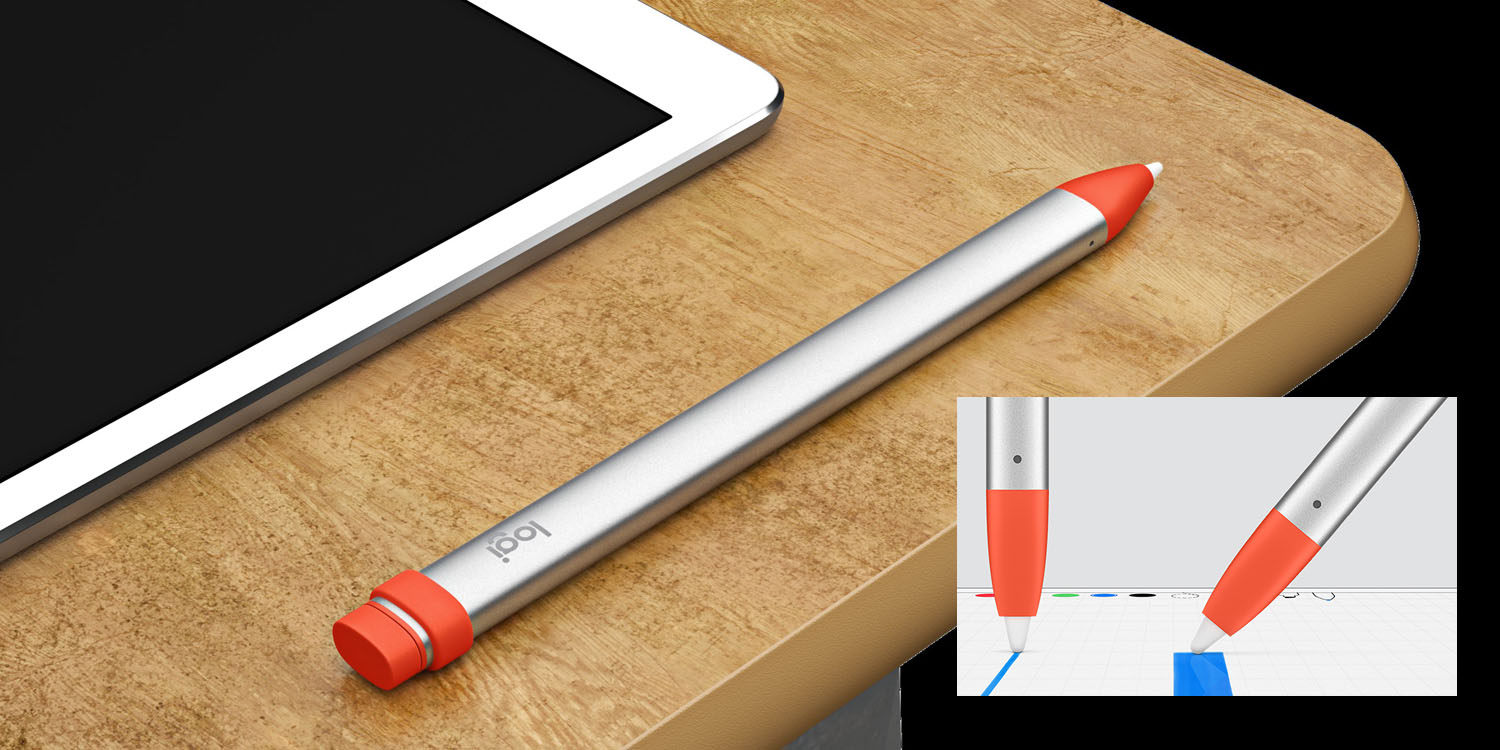 The Logitech Crayon, a lower-cost stylus using Apple Pencil technology, is now available for purchase by schools for $49.95 …

When it was announced back in March as a more kid-friendly version of the Apple Pencil for the $329 iPad, availability was said to be scheduled for the summer. However, it’s just gone on sale today through Apple’s education channels.

Logitech says that it’s designed specifically for use with the 6th-generation iPad. It relies on short-range RF, rather than Bluetooth, so it is incompatible with all other iPad Pros currently on the market. It is possible that the new 2018 iPad Pros also add this RF radio to support the Crayon.

The Crayon supports most — but not all Apple Pencil features.

Logitech Crayon is the first digital pencil designed for the new iPad and leverages technology found in Apple Pencil to deliver sub-pixel precision, low latency and support for tilt in a design that’s perfect for students. iPad features palm rejection technology and can tell the difference between Logitech Crayon and a hand resting on the display so students can write and draw naturally, just as they would with traditional pencil and paper.

Missing from that description is the pressure-sensitivity offered by the Pencil. Instead, thicker lines are drawn by tilting the Crayon (as seen above).

One of the kid-friendly features aside from being easier to hold is that there’s a female Lightning port instead of a male one. That does mean it needs a cable to charge, but is far less likely to get broken and the cap cannot get lost because it is attached to the stylus itself.

The pricing is also education-friendly, at a little over half the $89 Apple charges schools (a $10 discount on the retail price, though small savings are available on Amazon). Sadly the Crayon isn’t available on general sale – it’s an education-only product.