Review: AirFly is a neat way to use wireless headphones on planes 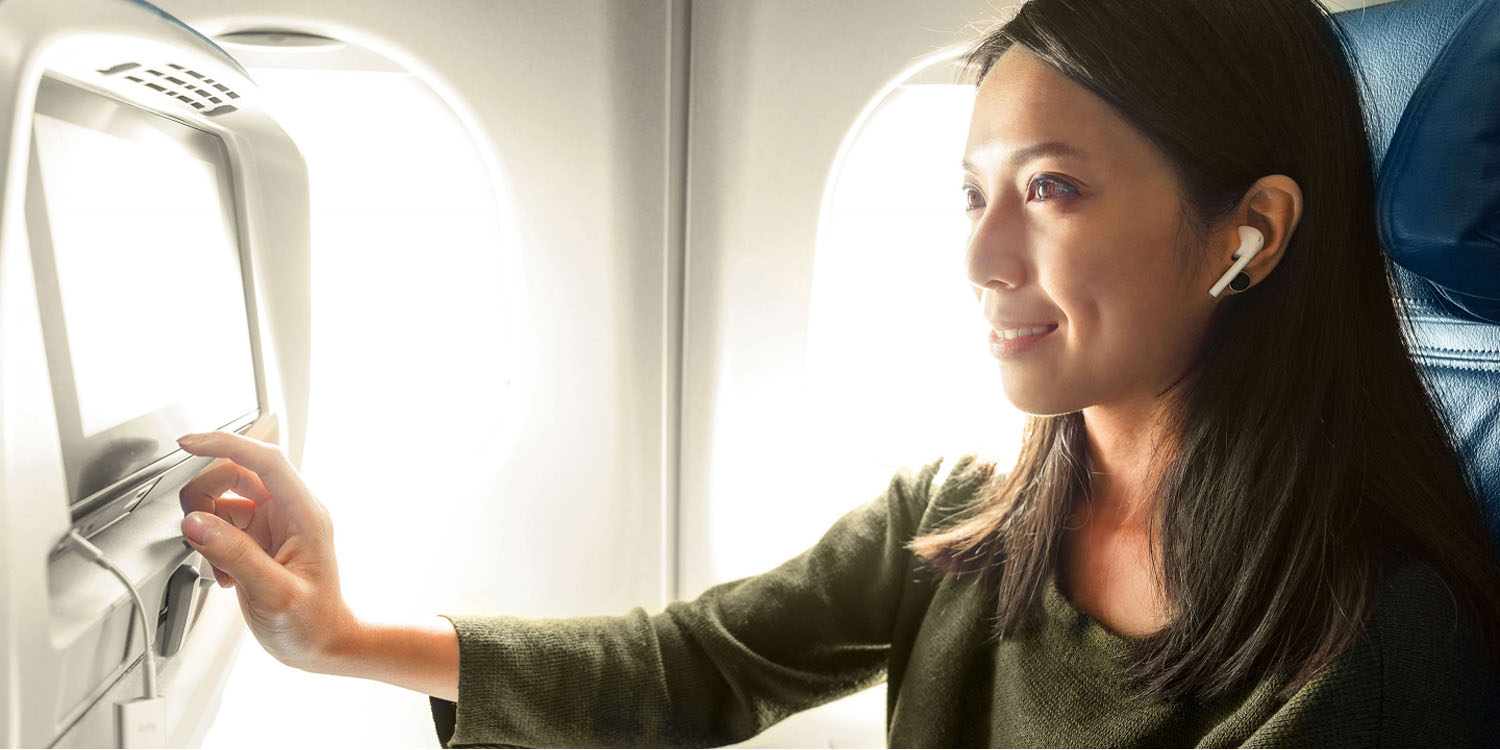 Twelve South is best-known for its BookBook cases for MacBooks and iPhones, but subsequently expanded into a wide range of stylish accessories for Apple kit – they have products for MacBooks, iMac, iPhone, iPad, Apple Watch and more.

Its latest product, launched earlier this month, is a Bluetooth transmitter designed to let you use AirPods or other wireless headphones with in-flight entertainment systems or other equipment with a 3.5mm headphone socket: AirFly …

There’s no shortage of this type of adapter, with pricing from around $10. By that standard, the $39.99 price Twelve South charges for its version is on the pricy side. But it’s not exactly a fortune, and the company is known for good-looking, well-made products, so I don’t have an issue with this.

The AirFly was clearly designed with AirPods in mind. It’s a little smaller and a fair bit thinner than the AirPods case, and made from a similar white ABS plastic.

In an ideal world, I’d want a closer match for the finish of the AirPods case, which is a high-gloss one. The AirFly is more of a semigloss finish, but they do very much look like they belong together.

At one end is a 3.5mm socket, and a MicroUSB port.

Normally I weigh things to tell you the weight, but the AirFly is honestly so light it’s not even worth trying to get a reading. It weighs basically nothing.

AirFly comes supplied with a short 3.5mm to 3.5mm cable. The length is about perfect. It’s long enough to reach into the sometimes rather recessed headphone sockets you get on airline seats, but short enough to be very easily tucked away when not in use. My one complaint is that the color match with the AirFly itself is poor. I suspect this is an existing third-party cable that Twelve South bought in rather than had made.

You also get a short white USB-A to MicroUSB cable for charging. I’d have preferred to see USB-C at both ends, but you know me and USB-C. Like it or not, MicroUSB is an accepted standard for these things, and you can’t please all of the people all of the time with the type of connector you put at the other end.

The single button is very neatly done. It’s a circular cutout, with just a small tab left in place. Pressing the logo operates a hidden switch. The small size and circular cutout makes it vaguely reminiscent of an iPod Shuffle.

Sadly, there’s no W1 chip, so pairing is the standard Bluetooth method.

Initial pairing is a little fiddly. You do this by holding in the AirFly button for around five seconds until it flashes amber and white (the instructions say 10 seconds, but I found it was less). You then do whatever your headphones need to put them into pairing mode; on AirPods, you leave them in the case with the lid open and press-and-hold the button on the back of the case until the light inside the case flashes white. I tested them with my Bowers & Wilkins P5 Wireless headphones, where you hold in the power button until you hear a series of notes.

Pairing is fiddly because there’s no display at either end to see what’s going on, and there’s a very aggressive timeout on the AirFly – it gives you about five or six seconds. However, once paired, reconnecting is painless: just hold in the AirFly button for a few seconds.

Audio quality was indistinguishable from any other Bluetooth connection. One thing worth noting is that your headphone controls won’t control the device to which you’re connected for things like next or previous track, but that never works anyway for airline entertainment systems. You do still have volume control.

Range is really impressive for such a tiny device. Testing with my Mac, it was giving a solid connection into an adjacent room, through a wall, and about 20-25 feet in a straight line with no walls in the way. That’s obviously academic for the intended use, at an airline seat or on a piece of exercise equipment at the gym, but it does suggest a quality product.

Twelve South claims eight hours of battery-life. I didn’t have any realistic way to test this at home, but will use it on my next long-haul flight (likely in July) and I’ll update the review then.

I’ve become a total convert to wireless headphones, even with my iPad and Mac, where a wired connection would be possible. That’s left flights as the one situation in which I needed a wire.

Having the same wireless freedom when flying will be really handy – avoiding the usual dance you have to perform with wired headphones when you need to let someone in or out of their seat, or get something down from the overhead compartment, or use the restroom.

I could try a cheapo $10 device, but my experience of cheap Chinese electronics is that the quality and reliability can be very hit-and-miss. I’m sure Twelve South just buys in the electronics, wrapping their own case around it, but I’m equally sure the company did its homework and testing to make sure it was buying something decent. My range test lends weight to that.

At $40, it’s not a massive premium. It looks good. It’s small and light. And I’ll definitely be keeping this in my cabin bag.

AirFly costs $39.99 and is available from Amazon.