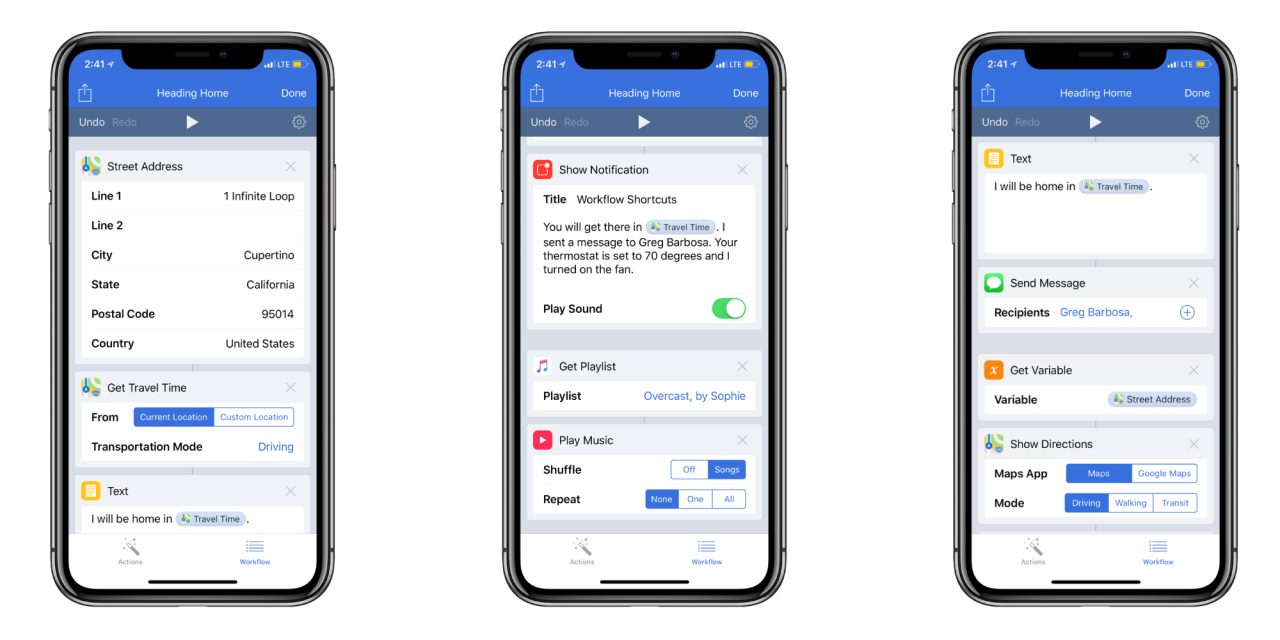 Siri Shortcuts is Apple’s answer to a more robust personal assistant across their product line. A near visual clone to its predecessor Workflow, the new Shortcuts app brings deeper automation to iOS devices. Developers will be able to create “donations“, specific actions within their apps, that can then be controlled by Siri. By chaining these donations together, users will be able to personalize Siri requests to fit their personal use cases.

During the WWDC 2018 keynote, Apple demoed just how much Shortcuts is able to accomplish. Kim Beverett from the Siri Shortcuts team created a custom shortcut that allowed her to: send someone a message on her ETA, navigate to her home, set her HomeKit thermostat to 70 degrees, turn on her fan, and then play her favorite NPR station.

Although Siri Shortcuts isn’t officially out yet, even on the iOS 12 developer beta, we can surface a lot of this functionality with the currently available Workflow app. Let’s dive in.

While we wait for Siri Shortcuts to hit iOS 12 betas, we’ll be using Apple’s free Workflow application to create these Siri Shortcuts. You’ll notice that functionality is near identical, save for a few deeper integrations only available to Siri Shortcuts.

How to create custom Siri Shortcuts

How to create a personalized phrase for Siri Shortcuts

Workflow doesn’t have the deep-integration that Siri Shortcuts was shown to have on stage, but this will get you as close as possible for now. 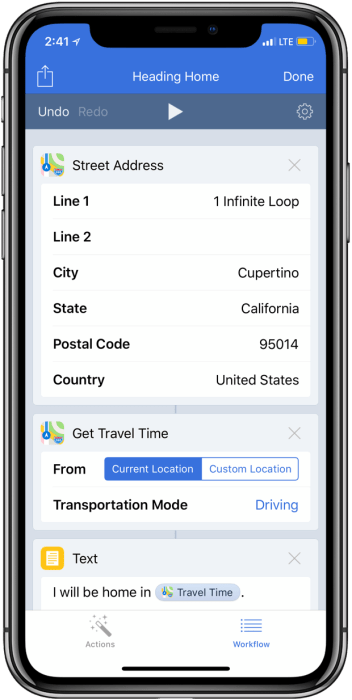 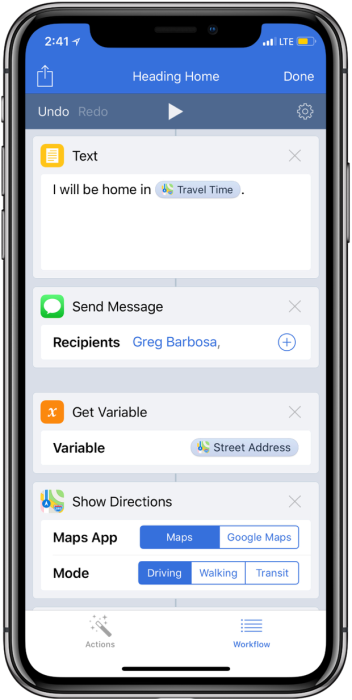 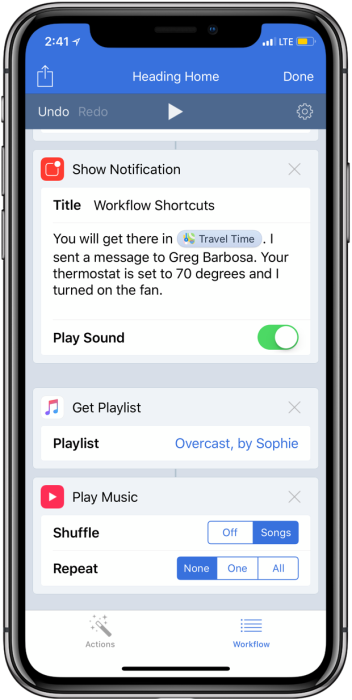 While this isn’t a perfect copy of what we saw on-stage during the keynote, it’s a great first look into what will be possible with iOS 12 in the months to come. I’ve already begun using Siri Shortcuts to launch Workflows I’ve made in the past. Do you anticipate yourself using it in the future, or do you think it’s something you’ll rarely ever use?