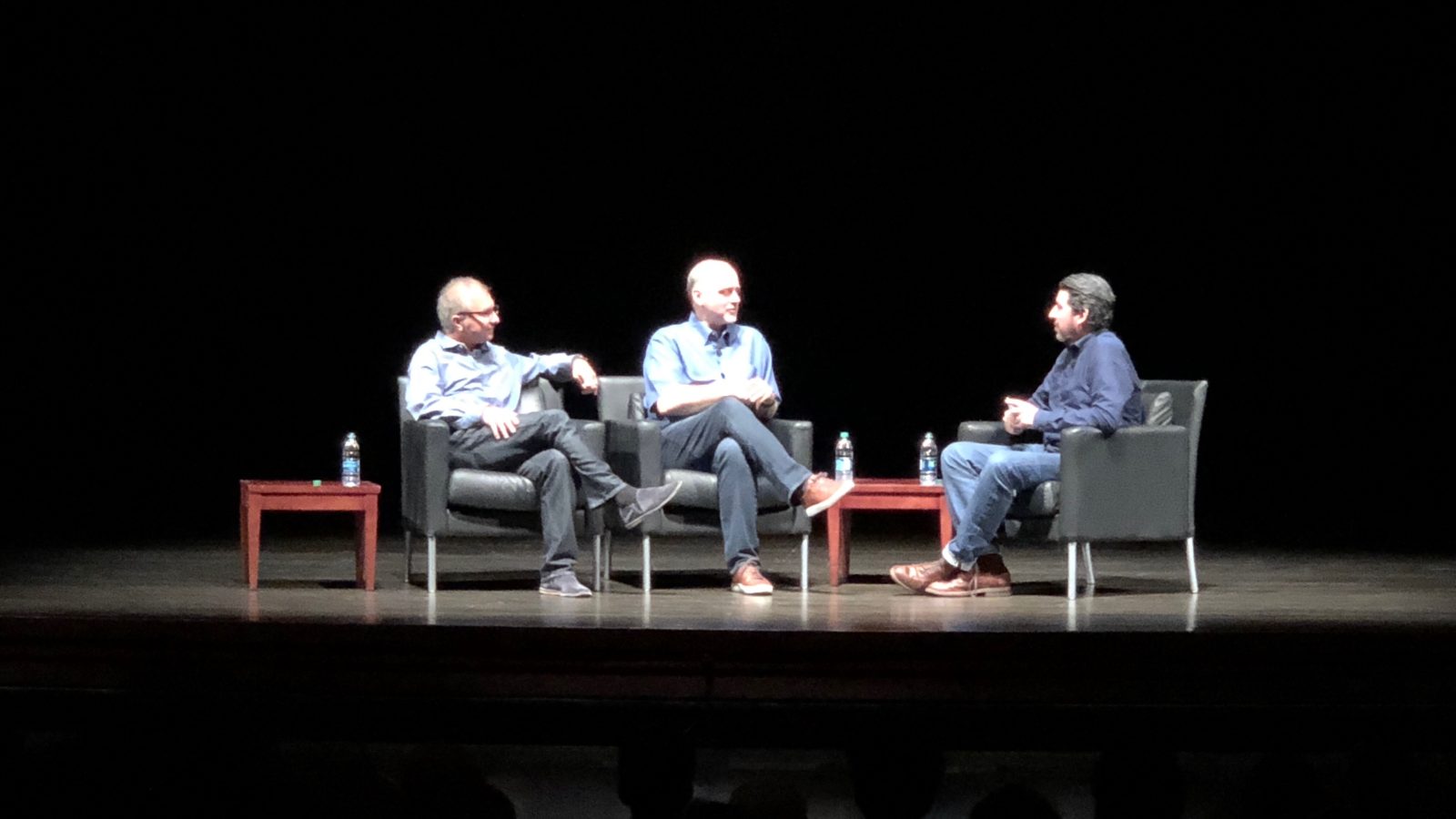 Yesterday, Apple announced a new file format focused specifically on augmented reality. Dubbed USDZ, Rockwell explained that the goal is to create a universal file format for AR, something like the PDF of AR:

Rockwell: One of the things that has been a challenge is there are a ton of different file formats. There wasn’t really a format optimized for deliver an AR experience. We wanted to create something like the PDF of AR.

We worked closely with Pixar and then Adobe also came. We also connected with all of the other large vendors for 3D tools. What they’re telling us is they are going to provide native support for it in their tools.

Gruber also asked about the Lego demo we saw on stage during Apple’s WWDC keynote. Rockwell explained that there are a multitude of possibilities for the app and similar types of applications:

Rockwell: It could start from building a physical Lego model, but they wanted to be able to recognize a model, so we added object recognition in ARKit 2. What they’re going to do won’t be just one path. It will have lots of different experiences.

Rockwell went on to explain AR persistence, a feature he said allows for users to create AR experiences that can be saved and shared:

It allows you to create AR experiences that can transcend one session.

Gruber pressed Rockwell and Joswiak on the augmented reality naysayers. Joswiak, however, likened the situation to the early days of the App Store when every developer didn’t necessarily see the vision.

Rockwell: With the same object detection Lego is using, there’s a big industrial company building macitence applications for large machines. You can actually see, in order to do this maintenance operation, I need to remove this, and this.

Rockwell was asked why his title is officially AR/VR when Apple seems focused solely on AR, to which he answered with some details about Apple’s work in virtual reality:

Joswiak: That’s the craziest thinking in the world. We’re going to give you a shitty experience so you go buy our new product? To your point, there’s been so much that people forgot how great software updates are. We have delivered through the years amazing updates.

What we wanted to do was pay some special attention to the older devices under load. They test out of the labs just fine, but some people are jut heavier users than others. It’s those folks that have experienced more of the slowdowns.

Relating to privacy, Gruber noted how many of Apple’s competitors don’t keep all of the data on a device like Apple does. Joswiak touted this as a “differentiator” for Apple and attributed it to the company’s “super fast” chips and “software teams that can do amazing things whiteout resorting to the cloud.”

As for the new tracking prevention features in macOS 10.14 and iOS 12, Jos explained that the purpose to make sure users are aware of what information of theirs is being tracked:

Joswiak: We still believe in the ad model, but it’s the cross-site tracking that’s a problem. People don’t know why that comment field is there. We allow that to happen if the user says allow. We just want the user to have a say in what happens with their information.

Regarding the new mindfulness features in iOS 12, Joswiak said that these features are ones Apple has been working on for the past year (and long before that), and are not a knee-jerk reaction to the industry’s growing focus on mindfulness in recent months.

The Apple executive said that the company knew it had to give users the data necessary to see specific information about their technology usage, including time spent in apps, categories of apps, notifications, and how many times users pick up their device:

Joswiak: We’ve been working on stuff like this since 2008. It’s not a reaction to something that’s happened in the past few months. The team has been working on this for more than a year. What we knew had to be right was the information. Letting people know how much they’re using the apps, different categories of apps, how many notifications you’re getting, where your notifications are coming.

Even how much you pick up the device. It’s really really interesting to see. I think for 95 percent of people, they’re just going to want to see this information. It helps them understand and balance.

One of the more surprising announcements at WWDC 2018 was the revelation that iOS 12 will bring support for third-party mapping applications to CarPlay:

Joswiak: CarPlay isn’t about trying to lock you in our stuff. We’ve had this on our list for a while, we’ve been talking to Waze and them for a long time. CarPlay is awesome, it’s all over the place. It’s in millions of cars now.

Gruber also asked about the possibility of support for changing default applications on iOS, such as setting a different browser or mail application. Joswiak, however, refuted this idea and said customers expect a “very, very integrated experience” and adding that option could break the experience.

Joswiak also bragged that Siri has over 500 million active users and is “far and away the most popular virtual assistant.” He said the new Siri Shortcuts feature comes in a way that Apple hopes will give developers the power to integrate certain parts of their applications so that it isn’t overwhelming to users.

Meanwhile, Rockwell said that dark mode on macOS 10.14 was designed with pro users in mind:

Rockwell: For folks who spend a lot of time staring at their screens in dark rooms like developers, it’s really great to have dark mode.

Last but not least, Joswiak offered some additional color on Apple’s multi-year project to make it easier for developers to bring iOS apps to the Mac. He explained how the testing process with Apple apps is the first step, and it’s very much a case of dogfooding:

Joswiak: There’s no doubt this is eating our own dog food. And we do want to get the APIs right because if you change them later, things break. It’s a very long commitment and if we do it right, it’s a big deal for bringing software to the Mac.

At the end of the day, you’re getting a Mac app. They’re not iOS apps that are emulated on Mac. They are Mac apps.

The full interview can be watched below: