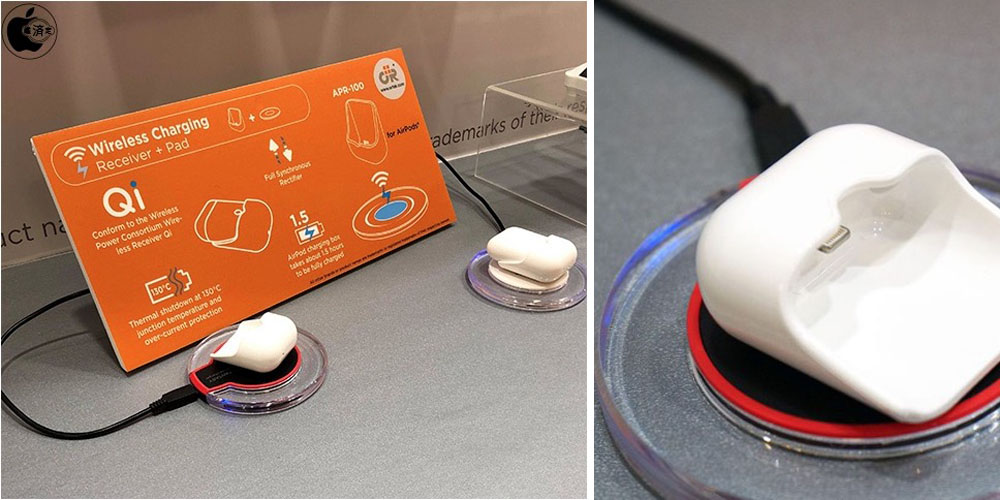 It’s now nine months since Apple announced that a new wireless AirPods charging case was on the way, alongside its AirPower mat designed to provide simultaneous wireless charging to that, an iPhone 8/X and Apple Watch.

There’s as yet no sign of either product, despite multiple rumors of a release back in February, but if you want to charge your existing AirPods case wirelessly, a Taiwanese company is promising a solution ‘soon’ …

CNET and Makotakara spotted the Ortek APR-100 at the Computex Taipei show. It’s essentially like an iPhone dock, with a Lightning plug mounted inside it which slides into the AirPods case when you insert it.

The adapter significantly increases the size of the case while also turning a sleek device into an ugly one, so it’s far from an ideal solution.

But if you really can’t wait for Apple’s wireless charging case, Ortek says it will recharge both case and AirPods in 1.5 hours, and has thermal shutdown and over-current protection. There’s no word yet on price.

Of course, there’s no guarantee this will be available any earlier than Apple’s official solution, but WWDC would have been the obvious time for an update if that were coming anytime soon.