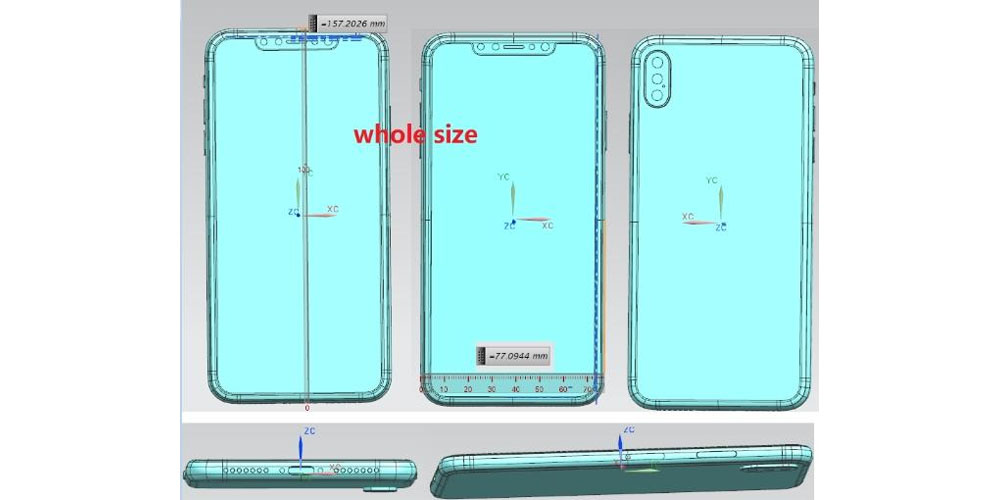 While there have been plausible-seeming reports of a triple-lens iPhone in 2019, a schematic claiming to show three lenses on this year’s ‘iPhone X Plus’ is likely based on a misunderstanding …

A Forbes report makes the claim based on a schematic obtained from case-maker Ghostek. The first clue is that the writer claims no knowledge beyond the diagram itself.

Apple’s triple lens setup is currently unknown, but it would make sense to copy Huawei’s approach of a monochrome camera aiding the primary and telephoto modules. This produced class-leading low light photography.

While some case makers do get early access to schematics, many others simply create their own based on what they believe to be Apple’s plans.

The hyperbolic language also doesn’t lend confidence in the solidity of the report.

Now, I can reveal the designs of the most exciting models and the radical move Apple will make […]

I have obtained schematics for both the so-called ‘budget iPhone X’ and the super-sized iPhone X Plus. And while I expect the former to be the bestseller, it is the latter which will shake-up the smartphone world.

But even if the schematic is accurate, there’s no evidence that it shows three lenses. It seems far more likely to depict two lenses and a flash.

Gordon Kelly argues the point, suggesting that iPhone X schematics show the flash as a smaller unit, but the example to which he links is of a much more detailed drawing. We’re putting this one into the ‘very sketchy’ pile …