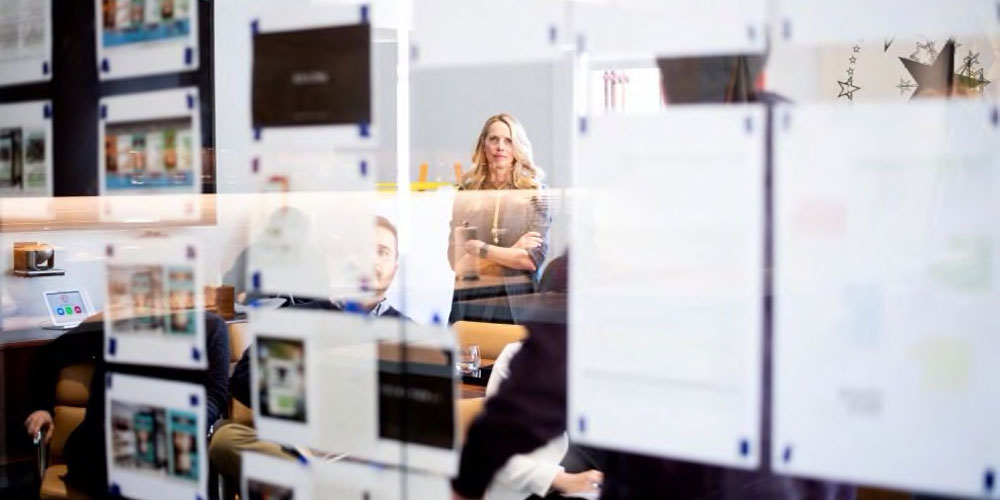 Steve Jobs always said that Apple was about changing the world for the better, and his widow Laurene Powell Jobs clearly shares the view that for-profit companies can do just that …

In a profile of Powell Jobs, The Washington Post notes that the Emerson Collective, which she founded, backs for-profit companies as well as non-profits – when their entrepreneurs ‘are 100 percent aligned with our mission.’

Last year’s purchase of a majority stake in The Atlantic magazine was made through the Collective for that reason.

That mission is about helping people realize their full potential.

We are an organization dedicated to removing barriers to opportunity so people can live to their full potential. Established and led by Laurene Powell Jobs, we center our work on education, immigration reform, the environment, health, and other social justice initiatives. We use a wide range of tools and strategies—partnering with entrepreneurs and experts, parents and policymakers, advocates and administrators—to develop and execute innovative solutions that will spur change and promote equality.

The Collective argues that while hard work and self-reliance are key, not everyone has an equal opportunity to benefit from these – saying that for those trapped in poverty, or without access to decent education, determination and work are unlikely to be enough on their own.

Powell Jobs told the Post that the Collective is about finding great leaders who can find solutions to problems, be they entrepreneurs or running non-profits.

Emerson Collective did not appear to conform to traditional models of philanthropy. Its worldview seemed more or less clear — center-left politics with a dash of techie libertarianism — but its grand plan was unstated while its methods of spurring social change implied that simply funding good works is no longer enough. The engine Powell Jobs had designed was equal parts think tank, foundation, venture capital fund, media baron, arts patron and activist hive. Certainly, it was an original creation — and potentially a powerful one. “I’d like us to be a place where great leaders want to come and try to do difficult things,” Powell Jobs told me recently. “I think we bring a lot more to the table than money. … If you want to just be a check writer, you’d run out of money and not solve anything.”

She has a particular commitment to enabling access to education, saying that it was key for her.

“School was the thing that really worked for me,” she says. “I did well in school, and so it was a nice, positive, rewarding cycle for me to want to spend as much time there and to excel.” Fewer than half the students at her high school went on to college, according to Powell Jobs, but she and her brothers were determined. With student loans, multiple jobs, work-study and a small family commitment, she paid for enrollment in the University of Pennsylvania, where she studied economics, political science and French. “I know it in my core that, without that, I never would have had the opportunities that I have in my life,” she says. Education would become Emerson Collective’s seminal issue. “For the students who I work with, I understand that school is their way out,” she says. “It’s really their portal to anything larger than what they see around them. That was true for me.”

Powell Jobs said that the 22 years she spent with Steve were ‘the greatest blessing of my life.’

The whole piece is well worth a read.