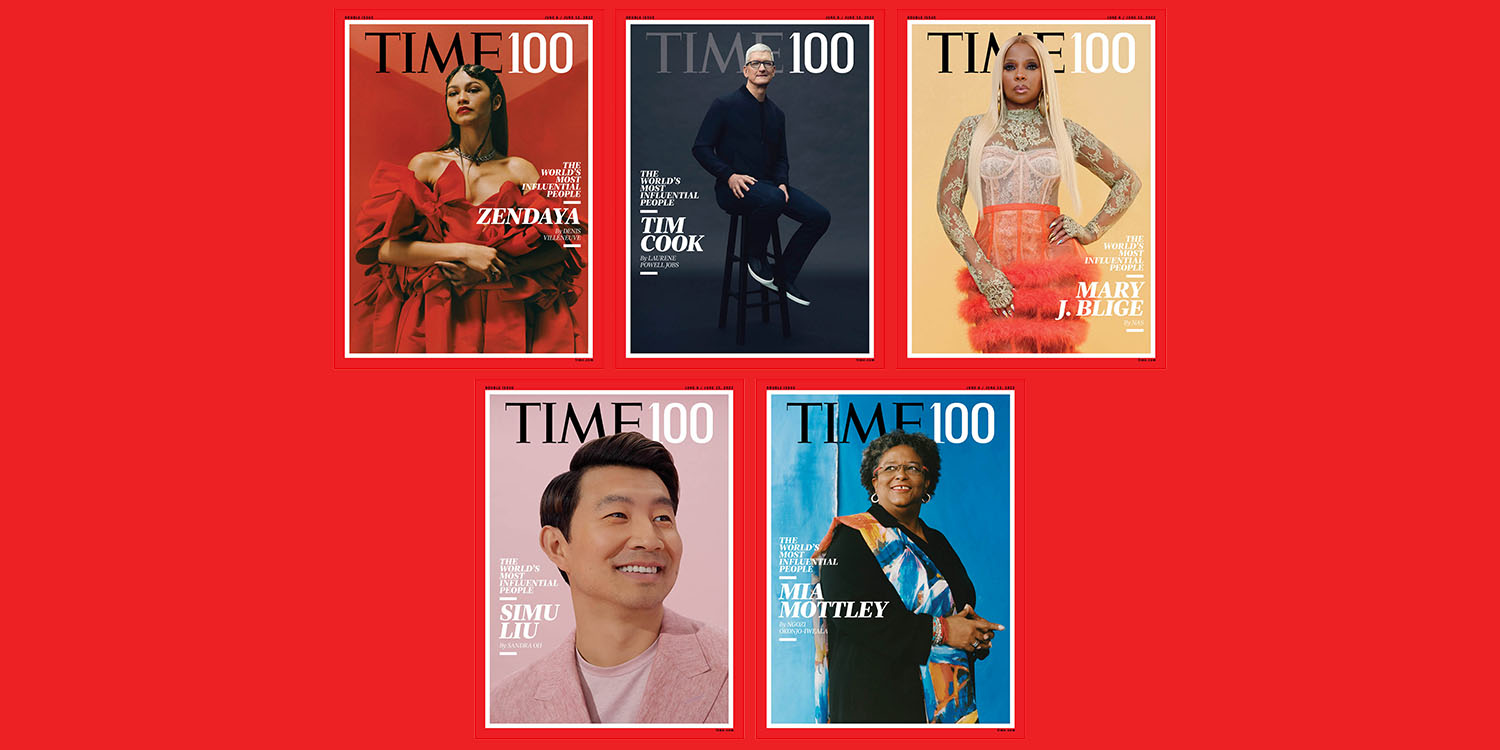 The TIME 100 most influential people of 2022 list has been published, with Apple CEO Tim Cook listed first in the Titans category.

Tim Cook is featured on one of five different covers, and his entry was written by Steve Jobs‘ widow, Laurene Powell Jobs …

END_OF_DOCUMENT_TOKEN_TO_BE_REPLACED

Laurene Powell Jobs says media should be careful, Trump attacks ‘out of a dictator’s playbook’

Laurene Powell Jobs has said that President Trump’s attacks on the media are ‘right out of a dictator’s playbook,’ and that the press needs to be careful not to play into his hands by publishing stories without vetting them …

Steve Jobs always said that Apple was about changing the world for the better, and his widow Laurene Powell Jobs clearly shares the view that for-profit companies can do just that …

We learned last month that Steve Jobs’ widow Laurene Powell Jobs would be giving a rare interview on her approach to philanthropy at the Code conference.

A nice way to look at the legacy all around.

Vineyard Vines Fall Weekend Sale takes up to 70% off styles from $20: Pullovers, more

More than $60,000 worth of ‘computers and personal items’ stolen from Steve Jobs home

According to a report from MercuryNews, suspects are now in custody for the recent burglary of the Silicon Valley home of Steve Jobs that contained more than $60,000 worth of computers and personal items:

The deceased Apple co-founder’s home on the 2100 block of Waverley Street in Palo Alto was burglarized July 17, said Santa Clara County Deputy District Attorney Tom Flattery, a member of the high-technology crimes unit…More than $60,000 worth of “computers and personal items” were allegedly stolen, but Flattery declined to say whether they belonged to Jobs, who died last year at the age of 56, or another family member.

Weeks after the burglary on July 17, police arrested Kariem McFarlin, 35, who is currently in jail on $500,000 bail, but other specific details regarding the crime are not available. We know that Laurene Powell Jobs and family were likely not living in the home at the time of the robbery, as during July the property was undergoing renovations with construction barricades and scaffolding surrounding the house. Forbes snapped photos of the property under construction (below) on July 4:

END_OF_DOCUMENT_TOKEN_TO_BE_REPLACED President Obama is wrapping up his State of the Union Address right now. During the event, President Obama made many references to technology as a way to help with economic times. More specifically, President Obama had a pleasant mention for Apple’s late cofounder and CEO Steve Jobs with his widow Laurene Powell Jobs in attendance.

“That means women should earn equal pay for equal work. It means we should support everyone who’s willing to work; and every risk-tasker and entrepreneur who aspires to become the next Steve Jobs.”

You may remember when Jobs had dinner with President Obama and other successful technology entrepreneurs in February of last year. The discussion revolved around getting people to collaborate and invest in American innovation to promote private sector job growth.

END_OF_DOCUMENT_TOKEN_TO_BE_REPLACED Laurene Powell Jobs, widow of Apple cofounder and former CEO Steve Jobs, is among the attendees of the State of the Union address scheduled for 9 p.m. tonight (live stream here). According to the official guest list, the White House invited Powell Jobs, along with other distinguished individuals, to attend the State of the Union address, including billionaire Warren Buffett’s secretary Debbie Bosanek, cancer survivor Adam Rapp, and Mark Kelly, former astronaut and husband of outgoing Arizona Rep. Gabrielle Giffords. The news becomes interesting knowing the White House usually invites people that have something to do with a proposal or initiative the President will outline in the address. Powell Jobs may have been invited for her focus on education, the arts and women’s human rights.

Vanguard has it that Obama will welcome Powell Jobs to his State of the Union address out of respect for her late husband. According to the White House, Powell Jobs will watch Obama’s speech from First Lady Michelle Obama’s box in the House of Representatives. In December of last year, Obama gave Jobs’ widow a seat on the White House Council for Community Solutions. Chaired by former Gates Foundation CEO Patty Stonesifer, the body advises the President on job creation and social issues. eBay CEO John Donahoe and singer Jon Bon Jovi are also among the members.

Powell Jobs’ ties in education could also prove key, as education is allegedly one of key focus areas of tonight’s State of the Union address. Let’s not forget that Apple held an education-focused media event last week, debuting digital textbooks on the iPad priced at $14.99 or less and a free tool that lets anyone create and publish digital textbooks to iBookstore. In just three days, more than 350,000 copies of digital textbooks were downloaded from the store. Oh, and Obama is an avid fan of Apple’s tablet.