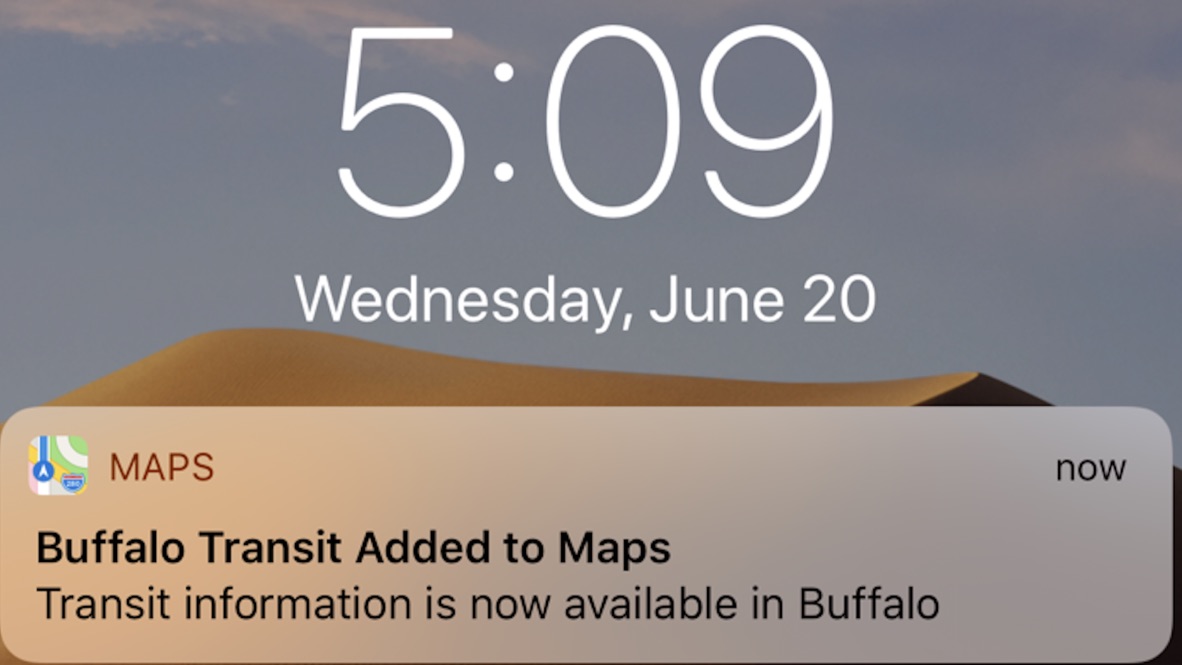 Apple today has continued its rollout of transit support in Apple Maps. The company has now started to roll the feature out in Buffalo, New York…

With transit support, iOS users in Buffalo can now use Apple Maps to quickly find trains, buses, and various other forms of transportation directly from the app.

Apple Maps originally launched support for transit directions in 2014, starting with Baltimore, Berlin, Boston, Chicago, London, Los Angeles, Mexico City, New York, Philadelphia, San Francisco, Sydney, Toronto, and a slew of cities in China. Since then, Apple has been gradually adding the feature to additional cities around the world.

Apple keeps a running list of the cities where transit is supported on its webpage, though it has yet to update it to acknowledge the rollout in Buffalo, New York.

Since Apple hasn’t updated its website with the addition of Buffalo, it’s possible that more cities are also gaining transit support in Apple Maps today. Have you noticed the feature going live in your area? Let us know down in the comments!